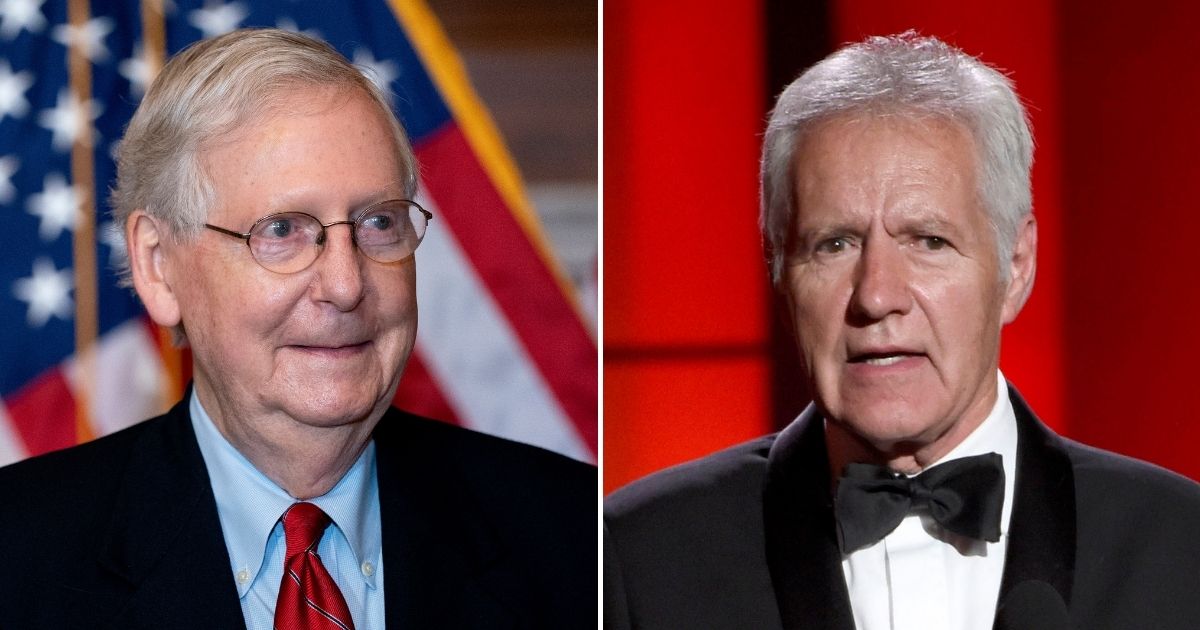 An off-color social media statement has landed a local media personality in the dog house.

Prominent Milwaukee news anchor Ted Perry has been suspended by the Fox-owned station WITI-TV, sources told the New York Post, following a Facebook post in which the weeknight host seemed to suggest that he wished Republican Senate Majority Leader Mitch McConnell had died over the weekend rather than beloved “Jeopardy!” host Alex Trebek.

TRENDING: Bad News for Dems: Kamala Harris Wouldn't Be First VP of Color – It Was a Republican Elected Over 90 Years Ago

The statement, though ill-advised, comes as little more than a passing blip on the political radar.

He wished the Republican Senate Majority Leader was dead, in case anyone was wondering pic.twitter.com/R76wsoJN0O

It first made the rounds Monday as commentators criticized Perry’s post, prompting a subsequent story from the Milwaukee Journal Sentinel and seeming to spark discomfort at the network, where the host would not appear on air for several days.

Do you think this incident reveals an anti-conservative bias even in local media?

Perry has since deleted his personal Facebook account and his Twitter page, but not before posting an apology on Facebook: “I made a statement on my personal Facebook page that was insensitive and does not reflect my journalist values and I was not speaking on behalf of my employer.

“I deeply apologize for my inappropriate and outrageous comments and have deleted them accordingly,” he added.

With a suspension confirmed by the Post and the Journal Sentinel, however, and no details available regarding its length, the odds are Perry will be back in first chair at 5 p.m. and 10 p.m. this Monday or the next, forcing another empty apology or acting as though nothing ever happened as he proceeds with the evening news.

Why would anything else be the case? The incident was to be expected.

An awkward septuagenarian statesman and survivor of childhood polio, McConnell has lived rent free in the establishment media hive mind for even longer than President Donald Trump.

Where Trump is an admittedly vulgar reminder of the Democratic Party’s embarrassing loss of the executive branch in 2016, McConnell is a palatable and shrewd politician, delivering countless key victories to his Republican colleagues and constituents without need for spectacle.

From the Senate floor, the six-term Kentucky conservative deprived former President Barack Obama of roughly 71 percent of all judicial appointments made during his final two years in office, shamelessly filling nearly all those vacancies under a Republican administration just a few years later, according to The Independent.

In the years that followed, McConnell would also earn himself the “Grim Reaper” moniker for his successful effort to stonewall the agenda and presidential impeachment of a Democrat-led House in the wake of the 2018 midterms.

Mitch McConnell is a stone-cold killer. How on earth could the establishment media not hate him?

The real surprise here is how open they have decided to be with their hatred for McConnell and other Republicans these last few months, particularly exposing their anti-conservative bias in emotional outbursts amid the 2020 presidential election.

Of course, with McConnell having just secured his seventh term in the Senate, the results of that election are far less concerning than they could have been for conservatives.

Even if 2020 Democratic presidential nominee Joe Biden wins, his administration will likely be hamstrung by a Republican-controlled Senate, as long as Republicans win one of two Georgia Senate runoffs in January.

And if that’s the case, you can expect the media’s treatment of McConnell to only get worse.