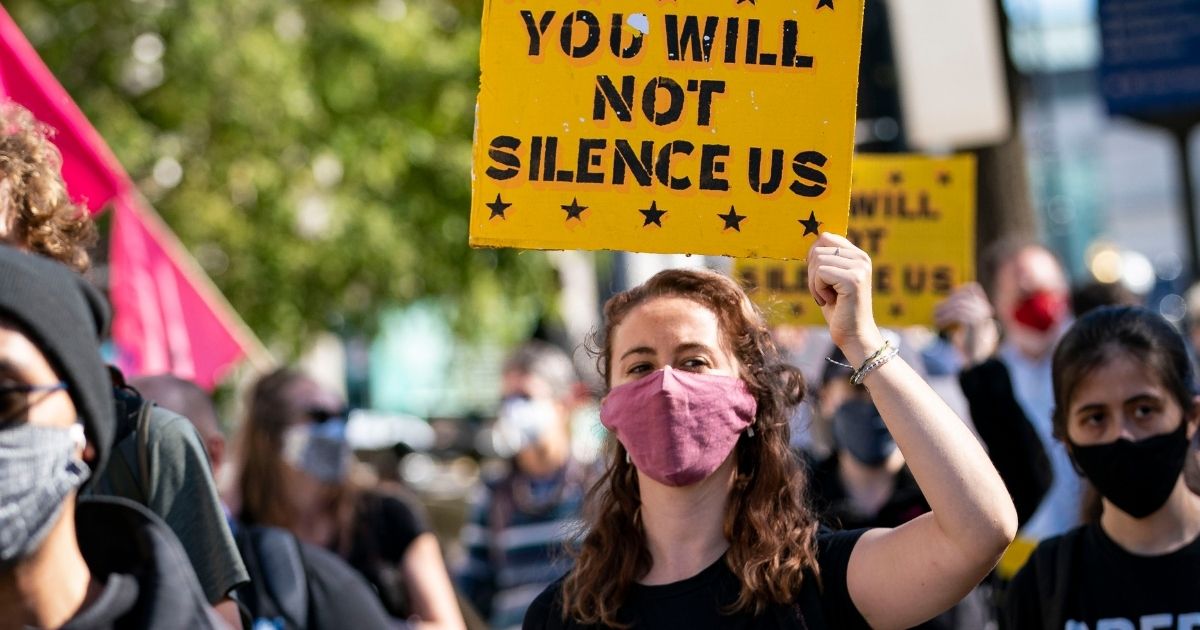 Protests are apparently in vogue for 2020, but the shifting narrative to explain them away coupled with bafflingly irrelevant locales in the latest iteration leaves one to wonder — are folks protesting just for something to do?

It sure seems that way considering that before the first votes were even beginning to be counted on Tuesday, businesses in major cities boarded up their windows in anticipation of protests and rioting following the 2020 presidential election results.

When nearly 100 protestors took to the streets in L.A., they were showing support in the bluest of the blue states where by Wednesday Biden had beaten Trump by over 3.8 million votes statewide and won more than 71 percent share in the city, according to The New York Times election results.

Los Angeles police reported dozens of arrests were made from the “loud and unruly crowd” despite the fact that the overwhelming majority of voters cast their ballots decisively for the Democrat, leaving no room for ambiguity worth protesting.

Will violent protests break out of Trump is named the winner after a lengthy battle?

The Associated Press reported that Oregon Democratic Gov. Kate Brown had the U.S. National Guard on standby to quell the coming chaos in Portland which — let’s face it — is a city that must be getting tired of burning and looting after months of on-again, off-again violent protests.

Yet Biden won Oregon by more than 17 percentage points, with Portland voting nearly 80 percent for the Democrat.

The AP also reported that in Seattle, police stopped protestors who were putting nails and other items in the streets and made eight arrests Tuesday night.

In the whole of Washington State, Biden had a whopping 24 plus point advantage over Trump and took more than 77 percent of the vote in Seattle.

And in Washington, D.C., where Trump took a paltry 5 percent of the vote, antifa and Black Lives Matter flooded the streets and inflicted the most violence of all the Election Day protests, including a man being hit with a bat for shouting “all lives matter.”

Demonstrators gather outside the #WhiteHouse on #BLM plaza, engage briefly with police, and demand a complete count of the #VOTE during #Election2020, Tuesday, Nov. 3, in #WashingtonDC. 📸/me @AP_Images Protests were largely peaceful, with few arrests in few outlying incidents. pic.twitter.com/3WGKINybiq

DC: Antifa have mobilized in very large numbers and they are marching to an unknown location

Now people are just fighting. This is not tear gas. Some sort of smoke bomb. Likely not police. #ElectionNight #BLMPlaza pic.twitter.com/pFugz67cCs

With key battleground states still undecided as of Wednesday evening, it seems odd that premature protests cropped up in locales that had no bearing on the final results and were firmly a foregone conclusion for Biden anyway.

Protestors were out before the final race was called, which makes no logical sense considering the same cities could have been celebrating their respective Democratic victories instead of trying to incite chaos.

If these groups are already out before there’s anything to really protest, what will they do if this election ends after weeks of legal battles and recounts with the results not going their way?

Unfortunately, given the history of these protests turning violent in emotionally charged situations, cities may once again find themselves on fire and under siege.