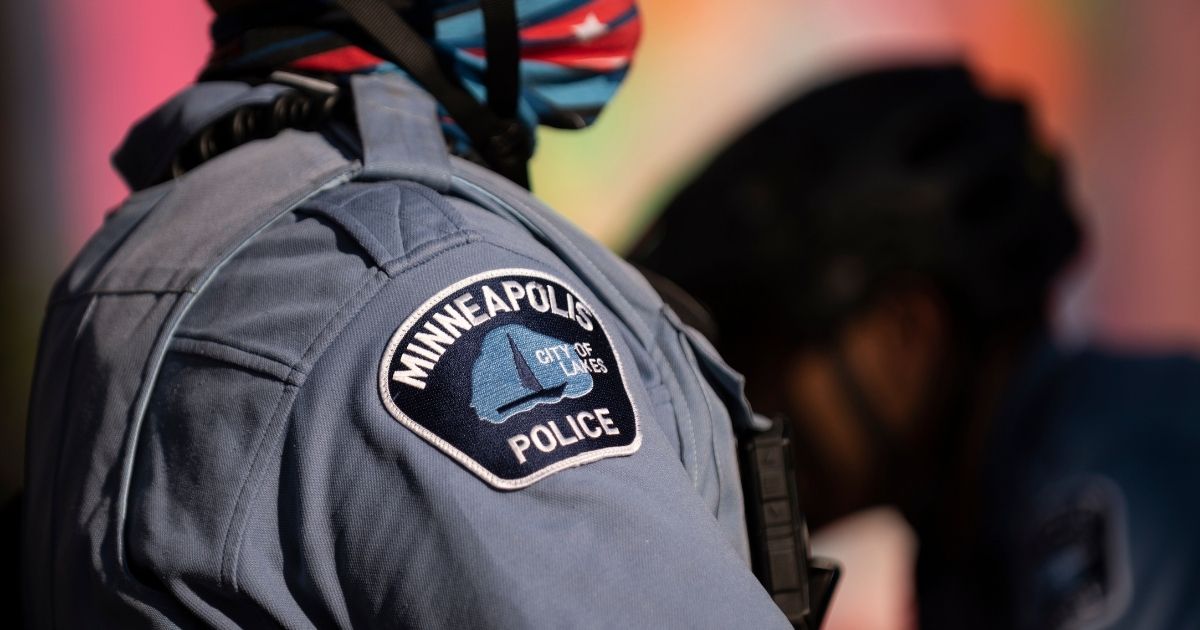 Hope lies wounded and bleeding in Minneapolis, where a massive spike in homicides is accompanied by a political desire to defund the police.

Meanwhile, more than 100 officers have left the police force this year alone.

“If you want to talk about pandemics, we’re dealing with a pandemic of violence,” Cathy Spann, a community activist with the Jordan Area Community Council, told The Washington Post.

“We’re under siege. You wake up and go to bed in fear, because you don’t know what’s going to happen next,” she added. “And our city has failed to protect us.”

In the aftermath of the riots that devastated parts of the city following the May 25 death of George Floyd, the city council said in June it wanted to defund and dismantle the city’s police department.

The city could let voters make that call as soon as 2021.

In the meantime, violence prowls the streets.

“Homicides in Minneapolis are up 50 percent, with nearly 75 people killed across the city so far this year,” The Post reported. “More than 500 people have been shot, the highest number in more than a decade and twice as many as in 2019. And there have been more than 4,600 violent crimes — including hundreds of carjackings and robberies — a five-year high.”

“Our city is bleeding,” Minneapolis Police Department Police Chief Medaria Arradondo told a recent city council meeting. “At this moment, I’m trying to do all I can to stop that bleeding.”

Do you think anti-police rhetoric is responsible for rising crime in Minneapolis?

And it is bleeding blue.

Arradondo said more than 100 officers have left the force, which is twice the turnover rate of a usual year. A force budgeted at 888 positions that needs 500 to patrol the city now has 735 officers, he said.

“It’s creating a police department that I did not want to have, and that’s one-dimensional,” Arradondo said. “Our core focus is patrols and investigations.”

Attorney Ron Meuser Jr. said he represents 175 officers who have either already left or plan to. Many of them are citing post-traumatic tress disorder brought on by the riots following Floyd’s death.

Meuser said another 100 officers are on the fence about quitting, with many expecting that next March, when the trial of the officers charged in Floyd’s death takes place, Minneapolis will experience “Portland-style riots during the entire trial.”

“You have a lot of officers come in and say, ‘Why am I doing this?’ They sit there with their spouses and say, ‘Is this worth it?’” Meuser told The Post.

The city has agreed to spend almost $500,000 to hire officers from outside the city to help fill the manpower gap.

Some citizens said the city government responded to Floyd’s death by going to war with the wrong enemy.

“Since the unjustified and unfortunate death of George Floyd, the city council has engaged in rhetoric that has emboldened criminals, the proof of which is in the unprecedented spike in crime,” resident George Saad told the city council last month.

“You guys have had years to address any culture problems within the Minneapolis Police Department,” he said.

“You have failed to do so. Instead, you embark on a campaign against your own police department, fighting and demonizing an entire internal city organization instead of making it better.”

Spann said the city should find a way to do what is needed for everyone.

“The city has failed us,” she said.