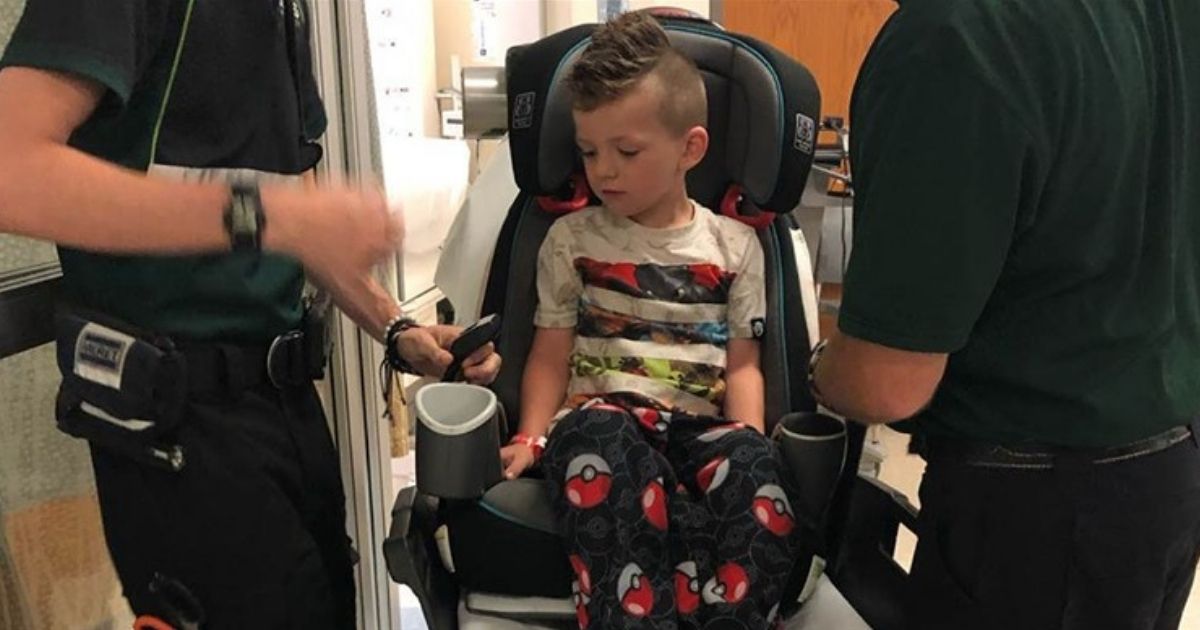 Every parent knows that silence is suspicious and that a world of crazy things can happen in a very short period of time.

Last September, the MacNair family from Greenwood, Indiana, experienced a very unusual emergency that has led them to warn others about a toy that could prove more deadly than entertaining.

Most parents know button batteries and kids don’t mix, but magnets can be dangerous, too. It was a toy magnet set that caused the MacNair family emergency.

Peyton, 4, was playing with his 9-year-old brother while their dad, Justin, was in the room. Justin got up to take a phone call, the older brother got up to use the bathroom, and the 4-year-old was left alone with what his parents now suspect was a long “snake” of his brother’s small, round magnets.

Peyton, like many boys with reptiles on the brain, often made a snake out of the magnets, and he later told his parents he’d been pretending to eat spaghetti when things started to go downhill.

A few minutes later, the 4-year-old was crying and saying something was in his throat. It was mom Jessica who discovered what had happened.

“I looked in the back of his throat and saw two magnets stuck together, one on each side of his uvula,” Jessica told TODAY.

“He already had the two in his throat and there is a good chance he swallowed more than one and I knew that it was trouble. They could tear through tissue and the body.”

Jessica knew the magnets were dangerous thanks to an episode of “Grey’s Anatomy,” so she got Peyton to the hospital, where doctors confirmed that there were 25 magnets in his stomach in addition to the two clamped around his uvula.

“It would be very easy for some magnets to be pushed (into the small bowel) and separated from the others,” she explained. “That is when the others would be attracted and (magnetize) through the tissue.”

Peyton was transferred to another hospital where the magnets were successfully retrieved from his stomach before they had a chance to enter his intestine and cause serious damage.

“These neodymium magnets, even if they are small, they can be really powerful,” gastroenterologist Dr. Michael Foreman confirmed. “The size does not have anything to do with how powerful they are. They have a strong pull.”

RELATED: Miracle: Pastor Survives After Being Crushed by Boulder During 800-Mile Hike

“They can end up giving you a hole in your bowel and that is the worst-case scenario. That can be devastating and result in surgery or resection.”

The dangerous toy was banned by the U.S. Consumer Product Safety Commission for a few years, but was put back on the market in 2016. Dr. Foreman said that they’ve seen nearly 3,000 cases a year since then.

“I still see parents buying these for their kids and they are advertised as toys,” MacNair added. “They are fun to play with. I have played with them myself. Most people don’t realize the dangers of swallowing magnets. Even if it is just one or two magnets … they are going to tear through your child.”

Peyton was just fine, but the magnets went in the trash.

“Most people don’t realize the dangers of swallowing magnets,” the mom said. “It can happen to anyone and it can happen in a split second.”