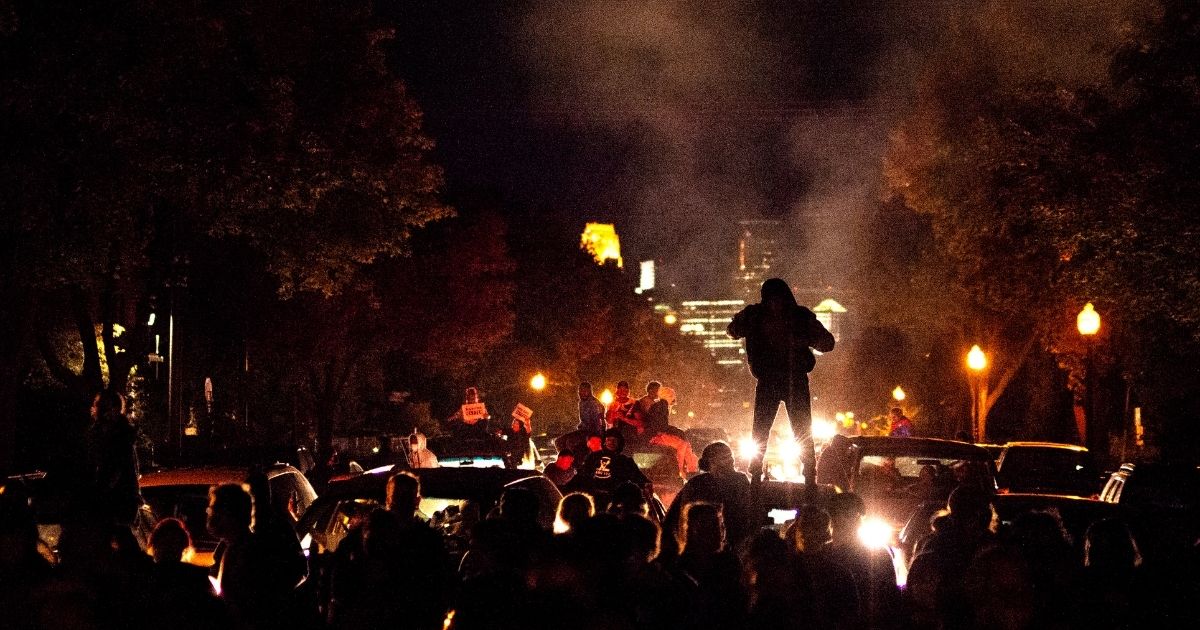 After months of trashing their own police, the Minneapolis City Council is putting out the welcome mat for other departments to help deal with rising crime.

But despite Friday’s vote to spend almost $500,000 through contracts with the Hennepin County Sheriff’s Office and Metro Transit police, there’s not exactly a rush for send officers into the troubled streets of the city.

Hennepin County Sheriff David Hutchinson did not exactly bubble with enthusiasm when he told the Minneapolis Star-Tribune his reaction to the news, talking about logistics, hours and rates of reimbursement

“We have to have some sort of agreement. There’s so much stuff to happen before we can commit,” he said. “But, again, I’m open to helping anybody within the county, any agency that needs help.”

Metro Transit police “do not have capacity to provide additional resources to the Minneapolis Police Department,” according to a statement from Terri Dresen, a spokeswoman for the Metropolitan Council.

The concept was that the outside police officers would work with Minneapolis officers in responding to violent incidents reported through the 911 emergency system, according to the Minneapolis Star-Tribune.

“We’re not gonna be having these people out taking bicycle theft reports. These are going to be people out combating crime issues,” said John Elder, a spokesman for Minneapolis police.

The units would be known as Joint Enforcement Teams, which Minneapolis has used in the past to respond to spikes in violent crime.

There is no denying the need.

Would anyone but a liberal be surprised by what happened here?

Ever since the George Floyd riots convulsed the city in waves of arson and looting in late May, homicides in Minneapolis are up 50 percent over last year, with about 75 people killed. Another 500 have been shot, twice the number racked up in 2019. The city hit a five-year high in violent crimes with more than 4,600 incidents, according to The Washington Post.

According to The Post, Arradondo “told the commission the department has about 735 sworn officers — down from the city’s budgeted 888 positions — of which about 500 were on patrol.”

They added, “He warned that dropping below 500 officers on the streets would jeopardize the city’s crime response and that he and Mayor Jacob Frey had started to develop ‘contingency plans’ that would include ‘triaging calls’ for help, something he said he believes will erode public trust further.”

The vote to bring in outside police agencies passed on a 7-6 vote. The council earlier this year telegraphed its intent to develop a plan that would rid Minneapolis of the police department as it is currently configured.

RELATED: Here's How Many People Have Left New York City Amid Crime and COVID

Debate over the proposal raged.

Who would have ever thought that completely undermining the entirety of law enforcement in the city would have negative consequences and endanger public safety.

**Minneapolis to consider bringing in outside police officers amid shortage pic.twitter.com/HK3SoCjWPJ

Minneapolis looks to bring in outside police to alleviate officer shortage https://t.co/BsZdqOwGcM

The only way to make our city safer is through a “both/and” approach that includes community members/orgs, service providers, & targeted law enforcement all working together. Simply churning more ppl thru the broken criminal justice system only continues to make us less safe. 3/

Councilmember Jeremiah Ellison was among those opposed to bringing in more police, according to WCCO-TV.

“My concern is that without a plan and without an understanding of what success looks like this half a million dollars is going to come and go, and we won’t necessarily know whether it met its goal because no goal was ever stated,” Ellison said. “I’ll be curious to see what public safety goals this meets.”