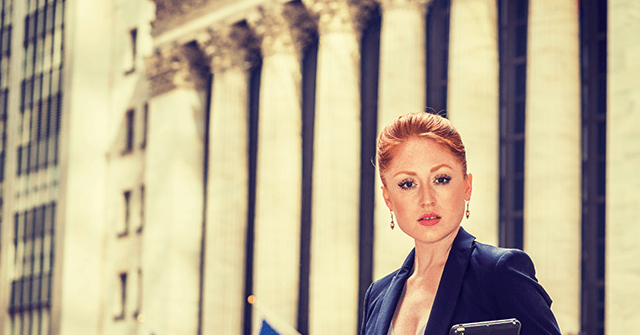 Nasdaq has moved to erase the reality of biological women in its quest to increase diversity in its thousands of listed companies, requiring them to include a director who only “self-identifies as female.”

In a Monday press release, Nasdaq announced that it had “filed a proposal with the U.S. Securities and Exchange Commission (SEC) to adopt new listing rules related to board diversity and disclosure.”

The rules would require the companies to “publicly disclose consistent, transparent diversity statistics regarding their board of directors” and require the Nasdaq-listed companies to have “at least two diverse directors” or provide an explanation as to why they do not. Criteria for a “diverse” director includes hiring an individual “who self-identifies as either an underrepresented minority or LGBTQ” and another who “self-identifies as female.” There is no mention of hiring a biological female, meaning the role could, hypothetically, go to a transgender woman — a biological male who merely identifies as a woman — and still meet the diversity requirement:

NASDAQ bows to trans lobby and erases women – proposed diversity requirement for listed companies to include “females,” defined as one “who self-identifies her gender as a woman, without regard to the individual’s designated sex at birth.” https://t.co/sKc6jwLmJZ

Companies can comply with Nasdaq’s diversity rule without hiring any women — providing that some of the company’s board members declare themselves to be transgender women.

“Foreign companies and smaller reporting companies would have additional flexibility in satisfying this requirement with two female directors,” the release added:

The goal of the proposal is to provide stakeholders with a better understanding of the company’s current board composition and enhance investor confidence that all listed companies are considering diversity in the context of selecting directors, either by including at least two diverse directors on their boards or by explaining their rationale for not meeting that objective. As part of rationale for the new requirements, Nasdaq’s proposal presents an analysis of over two dozen studies that found an association between diverse boards and better financial performance and corporate governance.

The release went further, defining an “underrepresented minority” as ” an individual who self-identifies as “Black or African American, Hispanic or Latinx, Asian, Native American or Alaska Native, Native Hawaiian or Pacific Islander or Two or More Races or Ethnicities.”

Adena Friedman, President and CEO of Nasdaq, said the goal remains to “provide a transparent framework for Nasdaq-listed companies to present their board composition and diversity philosophy effectively to all stakeholders; we believe this listing rule is one step in a broader journey to achieve inclusive representation across corporate America.”

“Nasdaq’s diversity proposal marks a transformative moment in a larger movement toward greater representation of women and people of color in the boardroom and beyond,” Nasdaq director Alfred Zollar stated.

The seeming erasure of women follows similar moves made by other entities in recent months. Merriam-Webster Dictionary, for example, has expanded its definition of female to include “having a gender identity that is opposite of male,” effectively erasing the reality of biological females.

The dictionary appeared to add to its primary definition of female, which is defined as, “of, relating to, or being the sex that typically has the capacity to bear young or produce eggs.”

However, while the primary definition overtly acknowledges the biological reality of the female sex, which makes it distinct from the male sex, the U.S. dictionary effectively negated its own definition by adding additional explanations to seemingly submit to the radical transgender movement.

Joe Biden (D) has also promised that his administration would take a more active role in advancing transgender ideology.

“From the moment I am sworn in as president of the United States, know that my administration will see you, listen to you, and fight for not only your safety but also the dignity and justice you have been denied,” he vowed.

Arielle Scarcella, an outspoken lesbian YouTube creator and supporter of President Trump, is among those who have stressed that progressive ideology is both “destroying the LGBT community” and “erasing women across the board.”