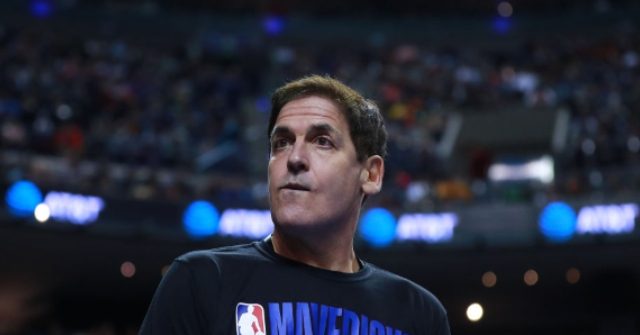 The Dallas Mavericks have not played the national anthem all season long, but they’ll start playing it again right away.

Despite an order from Mavs Owner Mark Cuban to not play the anthem reportedly because “many feel it does not represent them,” the league has stepped-in and mandated that “all teams” will play the anthem before games.

“With NBA teams now in the process of welcoming fans back into their arenas, all teams will play the national anthem in keeping with longstanding league policy,” the league’s Chief Communications Officer Mike Bass said in a statement.

The Mavericks have not played the anthem in any of their 13 home preseason and regular-season games. Cuban had not publicly given a reason why the anthem was being nixed until Tuesday night when he confirmed to ESPN that the team was not playing the Star-Spangled Banner and had no plans to resume playing it.

A report from the Athletic’s Shams Charania cited a source claiming that Cuban’s decision to not play the song stemmed from a belief that “many feel the anthem doesn’t represent them.

Source close to Mark Cuban says decision to not play Anthem before Mavs games isn’t because they don’t love U.S., but because many feel anthem doesn’t represent them, and they want to continue discussion of how to represent people from all communities when honoring U.S. at game.

Cuban has supported the desire of NBA players to kneel during the anthem as a form of protest.

“Whether it’s holding their arm up in the air, whether it’s taking a knee, whatever it is, I don’t think this is an issue of respect or disrespect to the flag or to the anthem or to our country,” Cuban told ESPN’s Outside the Lines in June. “I think this is more a reflection of our players’ commitment to this country and the fact that it’s so important to them that they’re willing to say what’s in their heart and do what they think is right.

“I’ll defer to [Silver] on any final judgments and [players’ union executive director] Michele Roberts. But the reality is, my hope is we’ll let the players do exactly what they think is the right thing to do.”

The NBA’s move comes as somewhat of a surprise given that the initial ESPN report claimed that Cuban had arrived at his decision to ban the anthem after consulting with NBA Commissioner Adam Silver.