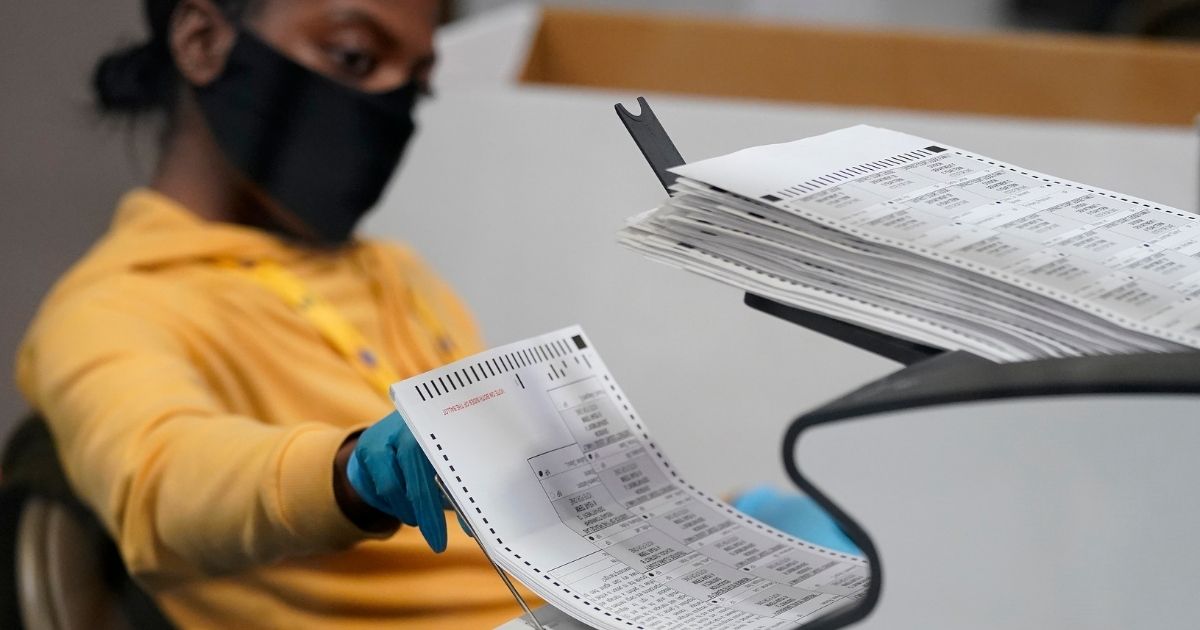 “A whistleblower has come forward in Clark County saying they witnessed mail ballots being counted without signatures being verified,” the Nevada Republican Party wrote in a Twitter post Saturday.

The party included a Fox News clip from Saturday that reported that the whistleblower has completed a sworn affidavit that is being forwarded to the Department of Justice for potential prosecution.

🚨A whistleblower has come forward in Clark County saying they witnessed mail ballots being counted without signatures being verified⬇️ 🚨 pic.twitter.com/ixM8h09aZw

According to the clip, the employee alleges he was told to overlook cases in which addresses did not match.

The report quoted a lawyer affiliated with the Trump campaign as saying, “The affidavit makes clear that we’re not dealing with oversights or sloppiness, this was intentional criminal conduct.”

Nevada is among the states that have been a battleground ever since the polls closed.

Despite the news media on Saturday declaring that Democrat Joe Biden has won, President Donald Trump’s campaign has been challenging mail-in ballots that it claims distorted vote totals.

Was this election tainted by fraud?

Nevada Republicans said misconduct has been widespread in the state.

“The Nevada Republican Party has received thousands of complaints regarding issues that arose with the General Election in Nevada,” Nevada’s Republican Party said in a statement on its website.

“As the results of the election are still being tallied, we are investigating each and every voter complaint and are working diligently to ensure each voter had the opportunity to cast a ballot legally,” the party said last week.

The party noted that Clark County, which includes Las Vegas, is the epicenter of irregular conduct.

“There have been a number of mail ballots turned in to Clark County Department of Elections that are being processed without meaningful observation. Ballots are continuing to be processed in this same manner,” the party said.

“The fact remains that hundreds of thousands of ballots have been counted in Clark County and as a Judge and the Secretary of State have confirmed we have not been allowed to observe or challenge a single signature match for these votes,” he said in the statement.

The party cited multiple instances of irregularities on Twitter.

Austin K. requested an absentee ballot. He confirmed it was mailed but never received it. Following up online, he found his ballot had been voted.

“Someone else must have got my ballot and voted for me.”

Unfortunately, this is not the first or the last report of this kind.

She was later surprised to learn her mail-in ballot had been voted and returned to the @ClarkCountyNV Election Department. @mschlapp @AdamLaxalt

On Thursday, Nevada Republicans said they have discovered more than 3,000 instances of voter fraud in the state and are demanding an investigation from the Department of Justice.

The state’s Republican Party on Thursday said that it had asked Attorney General William Barr to investigate what a letter to Barr called “criminal voter fraud” in the state.

Our lawyers just sent a criminal referral to AG Barr regarding at least 3,062 instances of voter fraud. We expect that number to grow substantially. Thousands of individuals have been identified who appear to have violated the law by casting ballots after they moved from NV.

“Voter fraud is a serious federal felony, one that cuts to the heart of representative democracy” the letter said. “We understand that these are serious allegations and we do not make them lightly.”