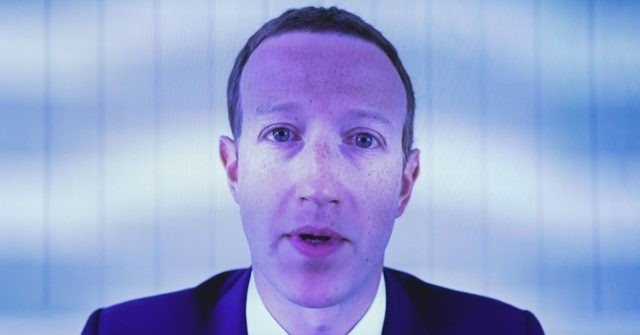 The New York Times praises social media firms Facebook and Twitter for censoring posts from President Trump during the 2020 presidential election. According to the Times, the social media companies added “friction” to their interfaces leading up to the election, “as if Ferrari had realized that it could only stop its cars from crashing by replacing the engines with go-kart motors.”

In an article titled “On Election Day, Facebook and Twitter Did Better by Making Their Products Worse,” the New York Times praises efforts by social media giants to censor President Trump and his supporters during the U.S. Presidential election. As the Times points out, social media platforms did the opposite of what turned them into the Masters of the Universe, throttling engagement, adding “friction” to the user experience, and doing everything possible to convince users to engage with posts less often.

Nowhere was this shift more apparent than at Facebook, which for years envisioned itself as a kind of post-human communication platform. Mark Zuckerberg, the company’s chief executive, often spoke about his philosophy of “frictionless” design — making things as easy as possible for users. Other executives I talked to seemed to believe that ultimately, Facebook would become a kind of self-policing machine, with artificial intelligence doing most of the dirty work and humans intervening as little as possible.

But in the lead-up to the 2020 election, Facebook went in the opposite direction. It put in place a new, cumbersome approval process for political advertisers, and blocked new political ads in the period after Election Day. It throttled false claims, and put in place a “virality circuit-breaker” to give fact-checkers time to evaluate suspicious stories. And it temporarily shut off its recommendation algorithm for certain types of private groups, to lessen the possibility of violent unrest. (On Thursday, The New York Times reported that the company was taking other temporary measures to tamp down election-related misinformation, including adding more friction to the process of sharing posts.)

All of these changes may, in fact, make Facebook safer. But they also involve dialing back the very features that have powered the platform’s growth for years. It’s a telling act of self-awareness, as if Ferrari had realized that it could only stop its cars from crashing by replacing the engines with go-kart motors.

Eli Pariser, who is trying to reimagine social media as a public space called Civic Signals, commented: “If you look at Facebook’s election response, it was essentially to point a lot of traffic and attention to these hubs that were curated by people. That’s an indication that ultimately, when you have information that’s really important, there’s no substitute for human judgment.”

Breitbart News recently reported that 11 of President Trump’s 22 posts on Facebook and Twitter have been censored by the Silicon Valley tech firms. The posts include the President’s claims to victory and assertions of election fraud taking place. Twitter hid some posts on the President’s timeline and warned users that “some or all of the content shared in this Tweet is disputed and might be misleading about an election or other civic process,” and restricted users’ ability to like or retweet the tweets.

Underneath some of President Trump’s Facebook posts, the social media company warned users that “final votes may different from the initial vote counts” or “elections officials follow strict rules when it comes to ballot counting, handling and reporting,” but users were still able to reply to and share the posts.