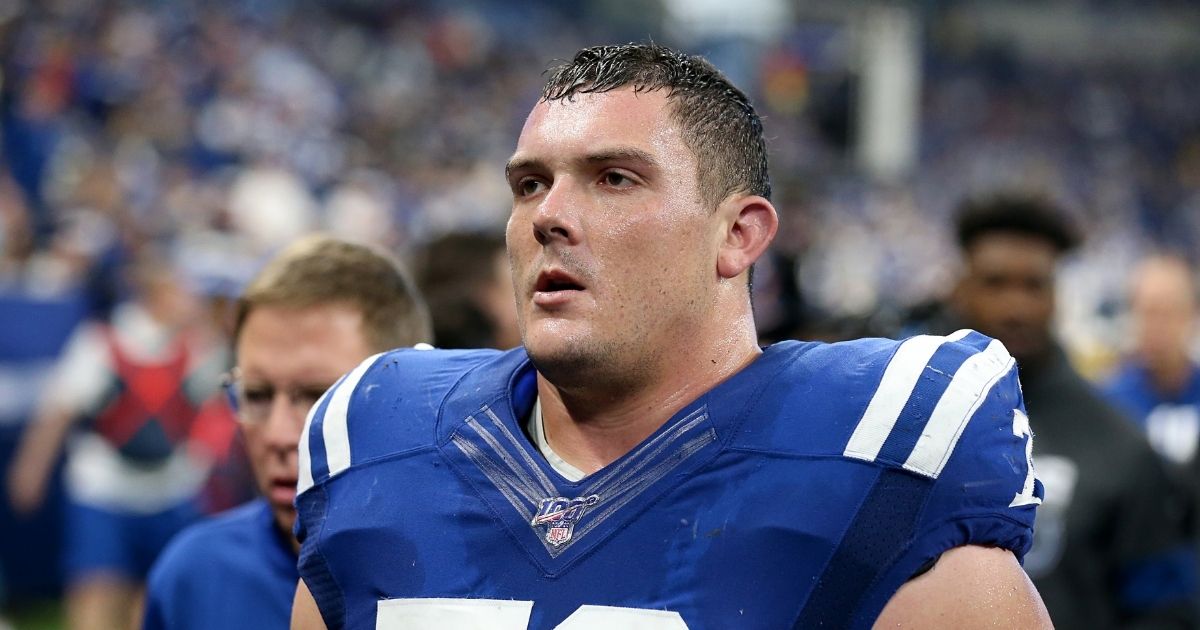 On Sunday, Indianapolis Colts center Ryan Kelly will be paying tribute to a fallen Ohio police officer as part of his commitment to honor officers who died in the line of duty and their families.

Kelly, a Cincinnati native, will be wearing cleats with the name and photo of Hamilton County Sheriff’s Office Deputy Corporal Adam McMillan, who died Oct. 23 after a vehicle crash, according to WLWT-TV.

Kelly’s gesture comes as part of the NFL’s My Cause My Cleats program, which allows athletes to wear custom-designed cleats to support a cause that has meaning for them.

Kelly has a long-standing relationship with the National Concerns of Police Survivors organization. COPS seeks to help families and coworkers cope when officers die in the line of duty.

McMillan had been with the Hamilton County Sheriff’s Office for 19 years.

“My dad was a cop for 30 years, so I grew up in the lifestyle,” he said during an August interview.

Are you glad some athletes support the police?

“Every February, I go to Concerns of Police Survivors, Indiana Chapter. I go to their ball.”

“And I listen in that room, and I hear the families of officers that have been shot in the head, killed in the line of duty, hit by cars, just horrendous things doing their job, and it’s hard, man. It is. It’s hard to hear those families that are never coming home,” he added. “It’s hard for me to see that happen, you know?”

Kelly’s interview came in the context of conversations he was having with Colts teammates about the police in the aftermath of the summer’s George Floyd marches.

“It’s tough for me because I know there’s good out there, but I just didn’t think there was that kind of evil out there as well,” Kelly said.

RELATED: NFL Player’s Mom Has Been Driving Same Car Since He Was a Child – So He Bought Her a New One

“And I know that there’s good cops out there. That’s the thing that hurts me, you know? You see bad apples out there as well that tarnish the name of other people, and I hate to see pain on either side, and that’s what really – I’m happy there’s tough conversations that we have. Every side hurts a little bit. Hopefully, we can narrow that gap and make a better community.”

Colts head coach Frank Reich told the Indianapolis Star that Kelly’s perspective has been valuable to the team.

“You can imagine. In a Zoom room where the meeting discussion was on police brutality against the black community, when all of a sudden one of your players, one of the guys you love and respect, says, ‘Well, my dad’s a police officer,’ it adds a whole different perspective to the conversation,” he said.

COPS has a membership of over 54,000 survivors, according to its website.

Gov. Abbott Wants to Turn Texas Into a Conservative Fortress, Draws a Line in the Sand When It Comes to 2nd Amendment