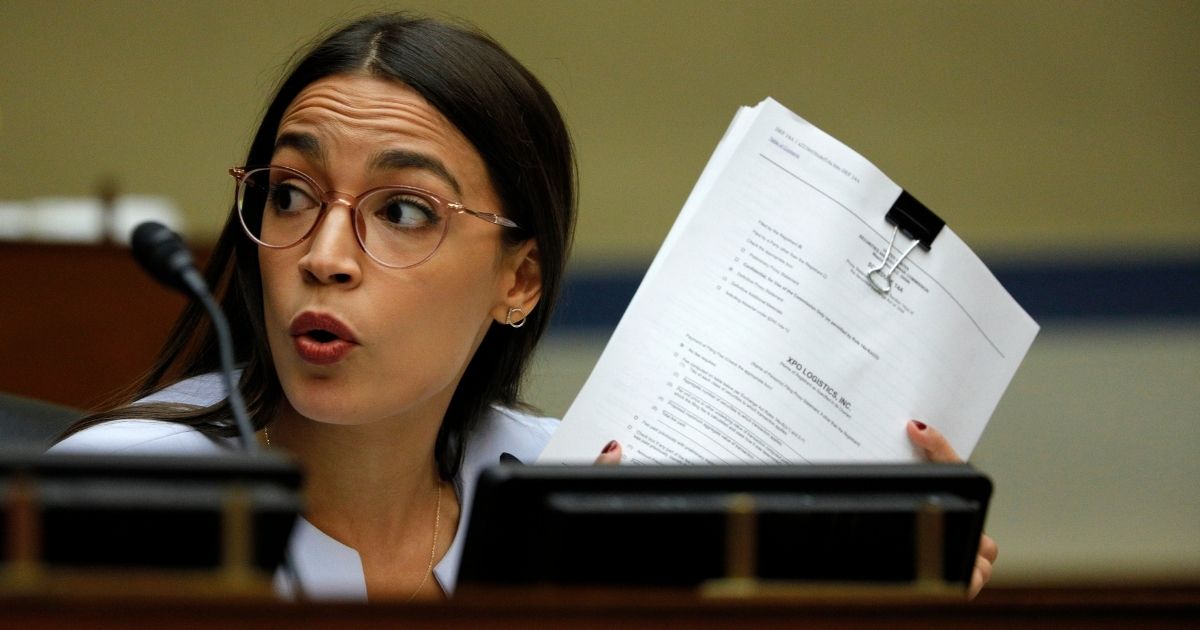 As if the stakes for the election aren’t high enough, a reporter has laid out a scenario in which Democratic Rep. Alexandria Ocasio-Cortez of New York could quickly be elevated to a more prominent role, depending on the results of the election.

Already on the ballot is a decision between the continuity of fundamentally American principles through President Donald Trump, versus the dark winter outlined by Democratic presidential nominee Joe Biden.

The 2020 election is about individual liberty versus a progressive social experiment.

But also on the ballot is the potential to see Trump, one of the country’s most pro-American presidents, replaced by Democratic Sen. Kamala Harris of California.

While that isn’t a forgone conclusion, it is a possibility, as polling has shown that there isn’t a great deal of certainty among Democrat voters that Biden could finish a single term in the White House.

If that thought isn’t terrifying enough, Ben Smith, a columnist for The New York Times, has laid out another terrifying scenario that could become a reality if Biden wins the election.

That scenario is one where the country could be tortured for years to come by AOC the senator.

Smith tweeted on Tuesday morning that it is not out of the realm of possibility that AOC could be elevated to the Senate.

“Something for New York political junkies to chew on while the day passes: Chatter that a President Biden could appoint Gillibrand to a cabinet post, allowing Cuomo to put AOC in the Senate, a gift to Schumer and to himself, and a way to elevate a star they’re all afraid of,” Smith tweeted.

Something for New York political junkies to chew on while the day passes: Chatter that a President Biden could appoint Gillibrand to a cabinet post, allowing Cuomo to put AOC in the Senate, a gift to Schumer and to himself, and a way to elevate a star they’re all afraid of.

Sen. Kirsten Gillibrand has served as the junior senator for New York since 2009.

The senator launched a bid for her party’s nomination during the Democratic primary, but like Harris, Biden’s running mate, she was forced to drop out before a single vote had been cast.

Also like Harris, Gillibrand is now, per Smith, apparently friendly with the Biden camp, despite her attacks on the former vice president during the primary.

If a president Biden did choose Gillibrand for a top cabinet post and she accepted, then Smith’s scenario could leave an upper chamber opening for AOC, who is among the most radical of House Democrats.

As is ordered by the Seventeenth Amendment, Democratic New York Gov. Andrew Cuomo would be free to appoint any replacement for Gillibrand he would see fit.

Democrats are arguably as petrified of AOC’s influence in the party as Republican voters are, so they might be inclined to appease her.

Many stars would need to align for such a scenario to become reality, but it could happen.

It’s all the more reason to get out and vote for President Trump before the polls close.

While the ballot might oversimplify the race between Biden and Trump, a Biden victory would come with consequences, other than the obvious, which would be detrimental to the country.

A Senator Ocasio-Cortez could very well be one of those.

Do you think President Donald Trump will be re-elected?

AOC and the rest of the radical House “Squad” Democrats are billed as the future of the Democratic Party.

But with a large turnout on Tuesday, voters could send Biden to his Delaware basement for good, and in the process they could keep the Democrats’ House radicals in the party fringe, which is where they belong.