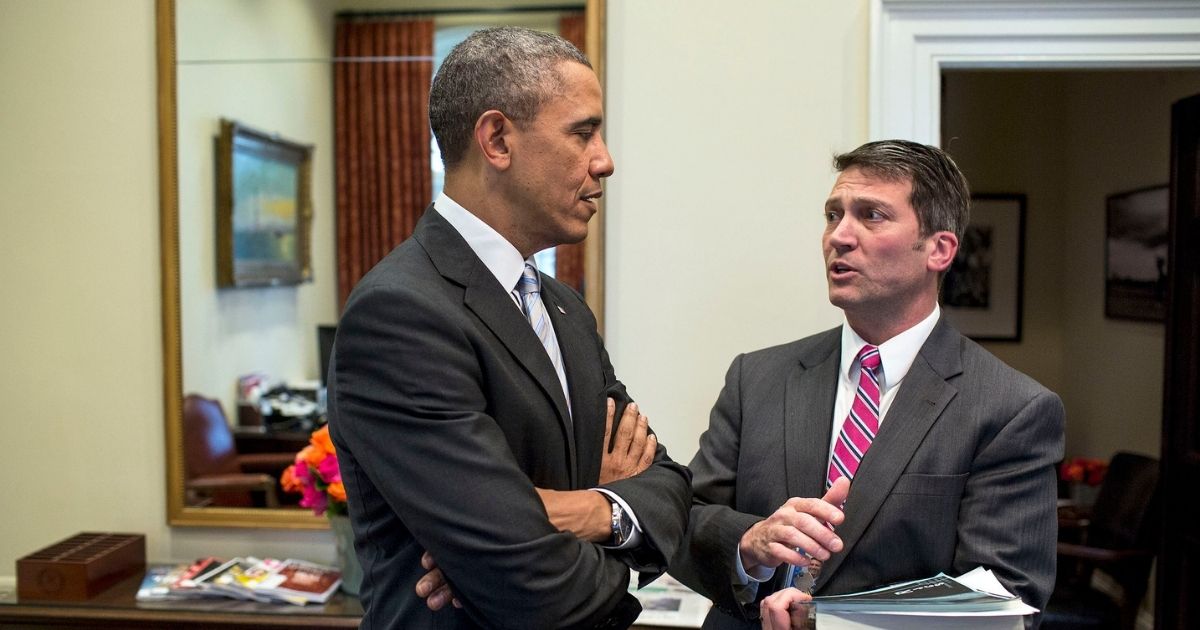 Just in case you were curious, the White House has an enormous basement.

I don’t have the exact square footage — the real estate agent was out when I called and the rental costs are out of my range — but it’s big enough to house a bowling alley, a dentist’s office, a chocolate shop and a flower shop. This isn’t even counting the latticework of tunnels and bunkers that lie beneath that.

There’s no amount of MBNA money that could construct a basement that big under Joe Biden’s house in Wilmington, Delaware. In short, if he becomes the 46th president of the United States, he’ll have a much bigger space to hide in. However, being president isn’t like campaigning and Xi Jinping’s Chinese Communist Party isn’t as pliant as our very objective journalists.

This sort of thing may have gotten ignored by the establishment media when Biden said it in March:

Does this make any sense to you? pic.twitter.com/Z4kcDpokUQ

But aren’t these just small gaffes? Biden’s people have always pointed toward the president whenever the question was broached: “Oh, you can’t even go there,” Jill Biden, Joe Biden’s wife, said during a September interview. “After Donald Trump, you cannot even say the word gaffe.”

All right, so let’s say Trump goes away. What’s the excuse then? Harmlessness? Ah, so Biden talks about leaving the record player on at night to fight segregation. What’s the big deal?

A retired rear admiral in the U.S. Navy, he was the White House physician under presidents George W. Bush, Barack Obama and Trump, and was both Obama and Trump’s personal physician. In Washington, D.C., this week for congressional orientation, Jackson indicated to Fox News that “there’s something going on” with Biden’s cognitive abilities.

Jackson famously gave Donald Trump a cognitive test in 2018 after the mainstream media’s constant carping regarding the president’s fitness for office — to the point where certain liberals, including sitting legislators, were calling for him to be declared unfit for office.

Trump scored 30 out of 30 on the Montreal Cognitive Assessment, which tests for the early signs of cognitive issues, according to The New York Times. The same media that wanted him to be tested then roundly mocked him for touting his score.

As for Biden, when asked by CBS News’ Errol Barnett whether or not he’d face the same kind of cognitive test, here was his response: “No, I haven’t taken a test. Why the hell would I take a test? Come on, man.”

Jackson told Fox News there was a “huge double standard” and that he believes Biden’s frequent gaffes could be indicative of a potential issue.

“Nobody from the press is saying … he should be evaluated for his cognitive ability or lack thereof,” Jackson said.

“And so I just thought it was a huge double standard with regards to President Trump and Biden,” he added. “If they want to be consistent, they should be jumping up and down right and demanding that Vice President Biden get a cognitive test done.”

And Biden’s mistakes have been multifarious.

Biden forgets what state he’s in:

Joe Biden forgot what state he was in. Again.

While in New Hampshire he said: “I’ve been here a number of times… what’s not to like about Vermont…”pic.twitter.com/L7QLPb9u3T

Biden forgets who the last president was:

Joe Biden forgot that Obama, not Bush, was the last President.pic.twitter.com/ukXrVeCWzm

Biden, positing that “[p]oor kids are just as bright and just as talented as white kids.”

“Poor kids are just as bright and just as talented as white kids.”

“I think there’s something going on there. I honestly do, and I’m not making a diagnosis. He’s not my patient. I never took care of him in the White House,” Jackson told Fox News, who reported that the doctor called for Biden to take a cognitive test, just like Trump did.

“I’ve never examined him. But I was around him a lot,” Jackson said. “He’s always made a few gaffes here and there. But this is different.”

Jackson has sounded the alarm over Biden’s cognitive health before.

“As a citizen of this country, I watch Joe Biden on the campaign trail and I am … convinced that he does not have the mental capacity, the cognitive ability to serve as our commander in chief and head of state,” he told reporters in October, according to The Daily Beast. “I really think that he needs some type of cognitive testing before he takes over the reins as our commander in chief, if that is in the cards.”

The establishment media, of course, doesn’t care. And why would they? As Jackson said, Biden isn’t Trump — and he bears some vestige of the Obama regime.

“They loved the guy,” Jackson said of Obama, who “was a rock star to them, whereas with President Trump when he first got there, they all wanted to spit on him.”

That’s all very well, but our media isn’t China. They might give Biden an easy time. President Xi won’t.

If Biden takes the Oval Office, the basement strategy won’t work anymore. There only so many dentist’s visits he can make before he actually has to govern.