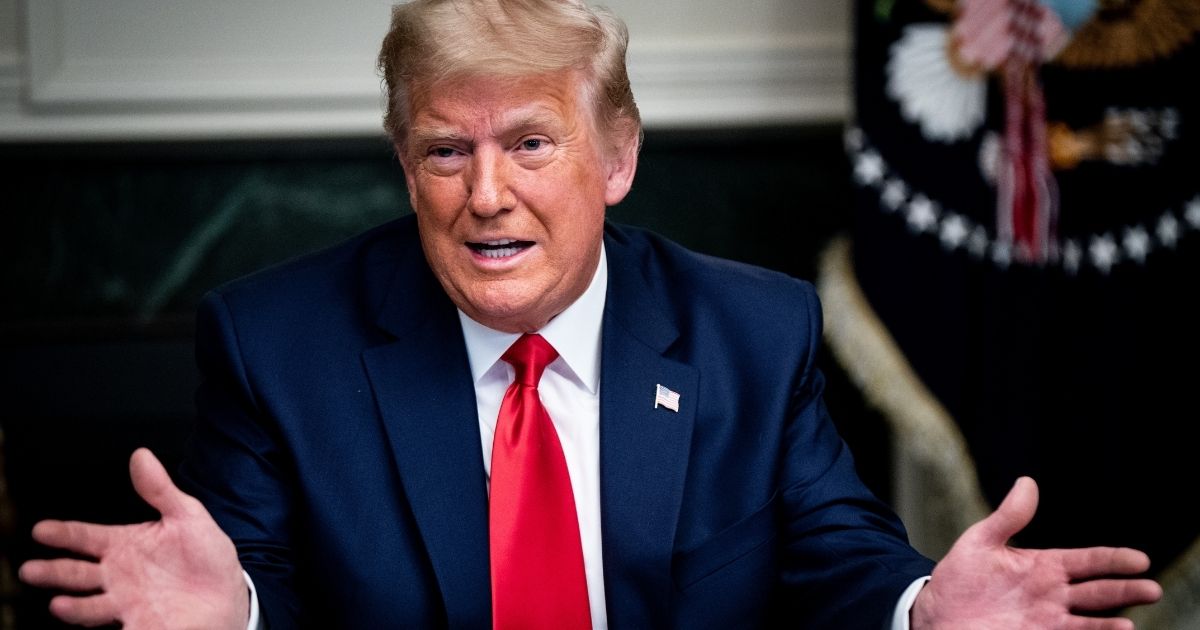 The legal battle over the presidential election moved another step closer to its U.S. Supreme Court climax Friday after a federal appeals court summarily rejected the Trump campaign’s contention that the election in Pennsylvania was riddled with fraud.

“The activist judicial machinery in Pennsylvania continues to cover up the allegations of massive fraud. We are very thankful to have had the opportunity to present proof and the facts to the PA state legislature. On to SCOTUS!,” Jenna Ellis, Trump’s attorney and campaign adviser, tweeted.

.@RudyGiuliani and me on Third Circuit’s opinion:

The activist judicial machinery in Pennsylvania continues to cover up the allegations of massive fraud.

We are very thankful to have had the opportunity to present proof and the facts to the PA state legislature.

The decision heaped scorn on the Trump campaign’s effort to overturn results that showed that presumptive potential President-elect Joe Biden won the state in the Nov. 3 contest.

Biden can only enter the White House as President if he can prove that his ridiculous “80,000,000 votes” were not fraudulently or illegally obtained. When you see what happened in Detroit, Atlanta, Philadelphia & Milwaukee, massive voter fraud, he’s got a big unsolvable problem!

The Trump campaign alleges there has been voter fraud in states that include Arizona, Nevada, Georgia, Michigan and Wisconsin, as well as Pennsylvania. Despite multiple anecdotal claims of voting irregularities, proof has yet to surface that there was a widespread effort to distort the voting process in such a way that would have impacted the final results of the presidential election.

Should the president continue his legal fight?

On Friday, the 3rd U.S. Circuit Court of Appeals said “the campaign’s claims have no merit,” according to Fox News.

If the Trump campaign follows through to take its case to the Supreme Court, the procedure for emergency injunctive relief requires Justice Samuel Alito, emergency requests from Pennsylvania, before potentially getting to the full court, Fox News reported.

“Free, fair elections are the lifeblood of our democracy. Charges of unfairness are serious. But calling an election unfair does not make it so. Charges require specific allegations and then proof. We have neither here,” Judge Stephanos Bibas, who was appointed by Trump, wrote in his ruling. All three judges were appointed by Republicans.

Bibas said that the Trump campaign lawsuit “never claims fraud or that any votes were cast by illegal voters,” and that throwing out the results would be “grossly disproportionate.”

“The Trump Presidential Campaign asserts that Pennsylvania’s 2020 election was unfair. But as lawyer Rudolph Giuliani stressed, the Campaign ‘doesn’t plead fraud. … [T]his is not a fraud case’,” the ruling said. “Instead, it objects that Pennsylvania’s Secretary of State and some counties restricted poll watchers and let voters fix technical defects in their mail-in ballots. It offers nothing more.

“This case is not about whether those claims are true. Rather, the Campaign appeals on a very narrow ground: whether the District Court abused its discretion in not letting the Campaign amend its complaint a second time. It did not,” the court ruled.

“The Campaign would have us set aside 1.5 million ballots without even alleging fraud. As the deadline to certify votes has already passed, granting relief would disenfranchise those voters or sidestep the expressed will of the people. Tossing out those ballots could disrupt every down-ballot race as well. There is no allegation of fraud (let alone proof) to justify harming those millions of voters as well as other candidates,” the court ruled.

In its decision Bibas wrote, “the Campaign is unlikely to succeed on the merits. Second, it shows no irreparable harm, offering specific challenges to many fewer ballots than the roughly 81,000-vote margin of victory. Third, the Campaign is responsible for its delay and repetitive litigation,” the decision read.

“Finally, the public interest strongly favors finality, counting every lawful voter’s vote, and not disenfranchising millions of Pennsylvania voters who voted by mail. Plus, discarding those votes could disrupt every other election on the ballot.”