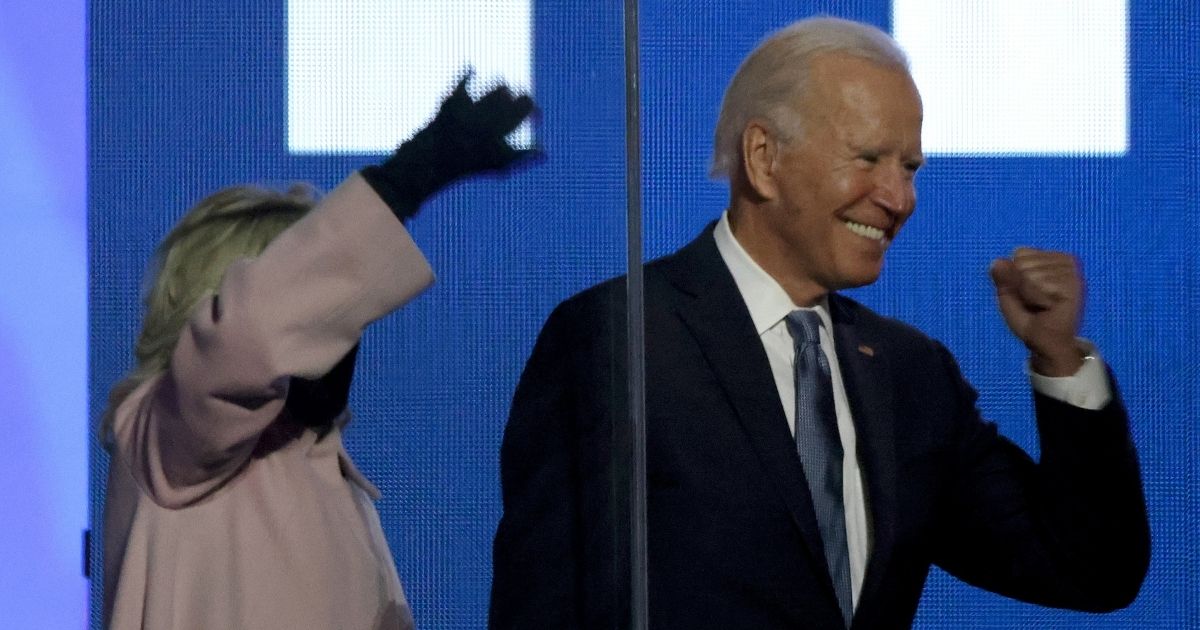 UPDATE, Nov. 5, 2020: Several hours following publication of this article, President Trump’s lead in Pennsylvania fell below 100,000 votes, according to The New York Times, meaning he not longer has a “six-figure” lead. Since Trump did have a “six-figure” lead when this article was posted, this post, and its headlines, remain as published.

As vote counts continue to shape up in the week following Election Day, several key states show President Donald Trump with an advantage.

In North Carolina, which has not yet been called, Trump is ahead of Democratic nominee Joe Biden by more than 75,000 votes, according to The New York Times. He’s still winning in Georgia too, but by a much slimmer margin: less than 14,000 votes as of Thursday morning.

In Pennsylvania, meanwhile, the president holds an advantage of more than 100,000 votes over Biden.

But the former vice president is reportedly being told he’ll sweep the state anyway.

Despite his opponent’s six-figure lead, Democratic officials in the Keystone State were reportedly telling Biden on Wednesday that he’ll end up winning the state with as many as 200,000 votes more than Trump.

“Pennsylvania Democratic officials are privately telling Biden campaign officials that they believe final margin of victory for Biden in Pennsylvania will be 100K-200K votes when the counting is finally done,” John Bresnahan, congressional bureau chief for Politico, tweeted Wednesday.

With results from roughly 8 percent of the vote not yet reported in the state as of Thursday morning, according to The Times, Biden will need a vast majority of the more than 550,000 remaining ballots for him to achieve a 200,000-vote-strong lead over Trump.

According to the Pennsylvania Department of State, many of the uncounted votes come from the state’s Democratic-leaning urban areas.

While it’s likely that these uncounted ballots will skew toward Biden, it’s unclear if the final count will be the blowout Democratic officials seemingly promised the former vice president.

If all the votes are added up in PA, Trump is going to lose. That’s why he’s working overtime to subtract as many votes as possible from this process.

For the record, he’s 0-6 against us in court. We’ve protected voting rights. Now, ignore the noise—vote!https://t.co/mN8t6TDud7

Shapiro’s claim was made before a single vote was even counted, heaping even more doubt on the fairness of Pennsylvania’s electoral process.

Worse yet, any legal challenge to the state’s ballot counts could end up involving Shapiro himself.

The assurance from partisan officials seems even more suspect following accusations that Republican observers are not being given adequate access to watch ballot counting.

While Trump’s six-figure lead may seem insurmountable, nothing is certain until every legitimate vote is counted.

With the legitimacy of many ballots remaining a key point of contention in the 2020 elections, expect Pennsylvania and other contested states to be decided in the courts.