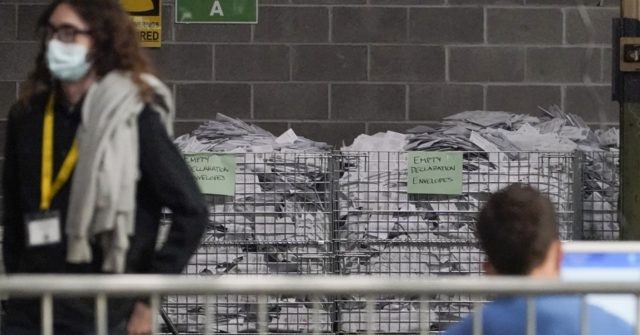 A state appellate court judge in Pennsylvania ruled in favor of the Trump campaign on Thursday, deciding that Secretary of State Kathy Boockvar (D) lacked authority to extend a deadline for first-time vote-by-mail participants to show their ID.

A Pennsylvania appellate court handed President Donald Trump’s campaign a minor victory Thursday, barring counties from including in their final vote tallies a small pool of mail ballots from people who had failed to provide required ID by a Monday deadline.

In a two-page order, a Commonwealth Court judge struck down a decision by the Wolf administration to give voters more time, post-election, to fulfill the ID requirement.

Though state law only requires first-time voters to show ID at the polls, all voters who applied to vote by mail had to be validated [sic] their identification against state records by Nov. 9.

Boockvar had extended the deadline to Nov. 12, adding a three-day extension after the Pennsylvania Supreme Court decided in a separate case that mail-in ballots could be received up to three days after Election Day.

That change was upheld in a 4-4 decision by the U.S. Supreme Court.

The number of ballots affected by Thursday’s decision — which were sequestered and not counted — is likely small.

However, Republicans believe Thursday’s ruling could help if the Supreme Court resists the issue, because the state judge found that Boockvar acted without authority from the state legislature.

Republicans point out that the Constitution says that election rules are in the hands of state legislatures. It does not say that state courts may change state laws about voting procedure.

Caitlyn Jenner: I played golf instead of voting in 2020