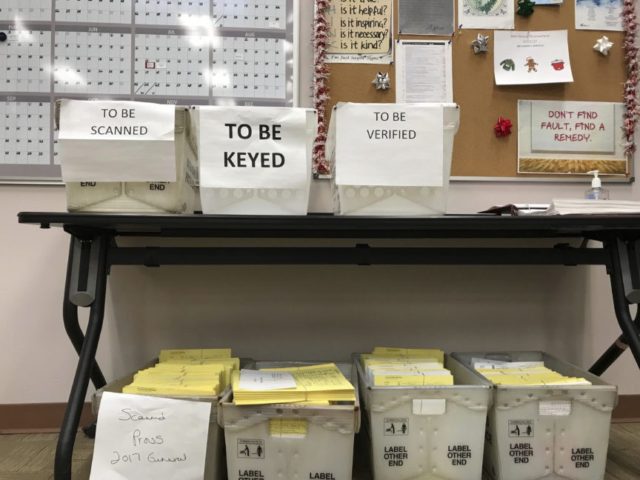 In December 2019, Pennsylvania’s Department of Auditor General (DAG) released the findings of an audit report conducted January 1, 2016 to April 16, 2019 but was limited in scope because of “a lack of cooperation and a failure to provide the necessary information by” Pennyslvania’s Department of State, the Department of Transportation, and four county election offices.

Due to the state’s noncooperation, the auditors were “unable to establish with any degree of reasonable assurance” that the state’s voter rolls system is “secure and that Pennsylvania voter registration records are complete, accurate, and in compliance with applicable laws, regulations, and related guidelines.”

Even without cooperation from state agencies and multiple county election offices, the report “identified tens of thousands of potential duplicate and inaccurate voter records, as well as voter records for nearly three thousand potentially deceased voters that had not been removed” from Pennsylvania voter rolls.

Specifically, the report analyzed the voter registration records for the state’s more than 8.5 million voters and alerted the Pennsylvania Secretary of State of “potential inaccuracies,” including:

On the issue of dead people on Pennsylvania’s voter rolls, at least 2,094 of the 2,991 identified by auditors had their death notices sent to the Secretary of State’s office so the voter registration would be canceled.

Auditors stated that the manual process of canceling voter registrations for dead people “depends on the accuracy of the data” in the state’s voter rolls and thus if a “piece of personal information is inaccurately listed in the voter record,” the death notice may be dismissed and the deceased registrant could stay on the rolls.

The full report can be read here:

Since November 3, the Philadelphia Republican Party has alleged that dead people voted in the state of Pennsylvania. Likewise, an amended lawsuit filed by the Public Interest Legal Foundation claims that there are at least 21,000 dead people on Pennsylvania’s voter rolls that were not removed in time for the presidential election.