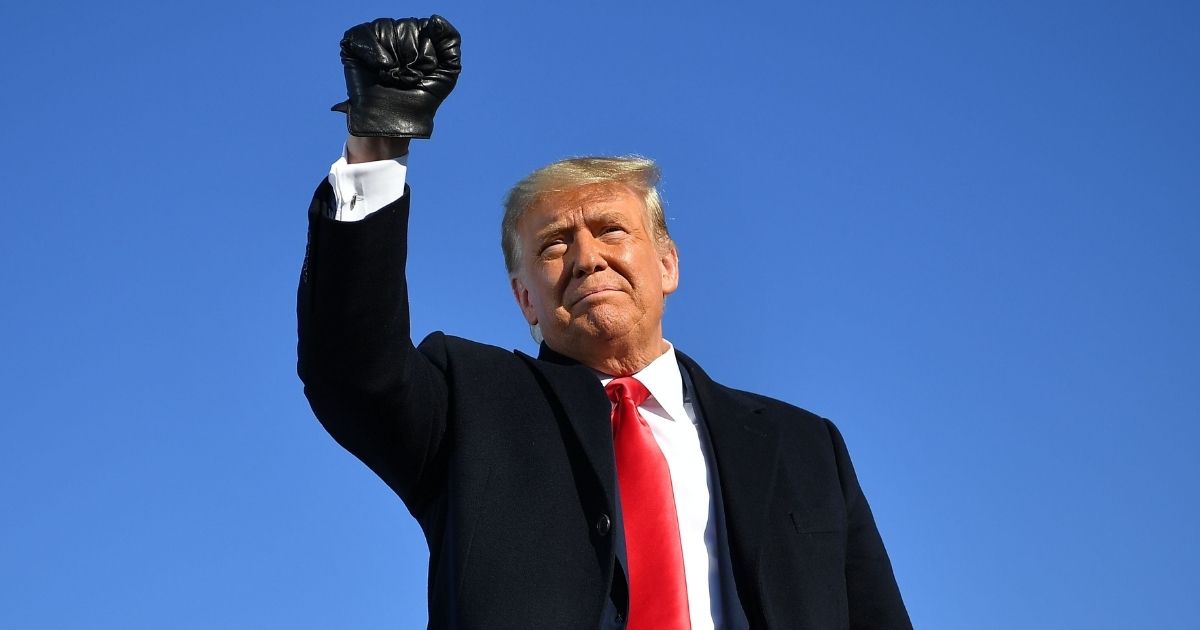 President Donald Trump will not be going away, no matter who is ultimately elected president in the contested 2020 election, his campaign has announced.

Whether he is elected for a second White House term or Democrat Joe Biden is ultimately sworn in, Trump will remain a player in national politics.

Trump campaign communications director Tim Murtaugh confirmed to Fox News that the president has long planned to launch a leadership political action committee to support causes and candidates he cares about whenever leaves office.

Murtaugh told the network that “the president always planned to do this, win or lose, so he can support candidates and issues he cares about, such as combating voter fraud.”

The New York Times reported Trump has already laid the groundwork for such a PAC, which could “let him retain his hold on the Republican Party even after he leaves office.”

As The Times noted, leadership PACs can spend an unlimited amount via independent expenditures on candidates and their campaigns.

Trump has not commented on the PAC himself.

The news is likely not welcome to either Democrats or establishment Republicans.

While the president is currently dug in for a legal battle over the contested 2020 election results, a number of Republicans in Washington have notably been quiet with regard to defending him in the face of mounting evidence of massive voting irregularities before, during and after last week’s election.

Speculation online is that many in the GOP establishment would prefer a Trump loss:

Losing fair and square is one thing but in the face of all of this video evidence, lack of transparency, boarding up of windows, fighting to prevent poll watching etc etc… for GOPers to not stand up now shows your true colors.

Will make the 2024 primary process a lot easier. https://t.co/GNC5OkVvf5

The Democrats (and some Republicans) have done everything they can to break Trump.

This election fraud is just yet ANOTHER coup attempt to overthrow his legitimate presidency.

He took on the Establishment machine for us before-Now it’s time for us to fight for him!

We have to use ever resource at our disposal to primary these hacks.

The silence from establishment GOP in supporting @realDonaldTrump has been extremely disappointing. So thankful to see newly elected Republicans acknowledge what POTUS has done & continue to show him support. @laurenboebert is going to be a great conservative & voice for #MAGA! https://t.co/GbKGykzyQN

The giant being the Deep State, the Media, Silicon Valley, Democrat Party, Establishment Republicans, Hollywood, the false prophet pope & the entire Global Elite establishment… that have waged war against Trump because he stood up for God’s people. That’s why they hate him

But I’m really not surprised because Establishment Republicans are only good at losing a game they play without even knowing the rules.

I cannot tell you how ignorant they are to how the process – and corruption of it – even works. https://t.co/20lzrvXZZH

But no matter who prevails in the race for the White House, it appears Trump will be a political force to be reckoned with for a long time to come.