“I renew my closeness to the victims of every abuse and the commitment of the church to eradicate this evil,” the pope said, according to the Wall Street Journal (WSJ), referring to the Tuesday report that detailed the “painful case of former Cardinal McCarrick.”

The Pope then observed a moment of silence after his brief remarks.

The Holy See’s 449-page report claims that McCarrick fostered relationships with seminarians, young men and teenage boys whom he would refer to as his nephews and whom he asked to call him “uncle.” These “nephews” have said that McCarrick touched them, harassed them and pushed them to sleep in his bed with him, according to the report. (RELATED: Vatican Report Examines Cover Up Of Cardinal McCarrick’s Decades-Long Abuse)

McCarrick insisted in an August 2000 letter to Pope John Paul II that nothing sexual occurred when young men slept in his bed and that he looked on young men as family, according to the report. The letter may have helped persuade the former pope of McCarrick’s honesty, the Vatican’s report said.

The report also contains testimony from an anonymous mother who said that she witnessed McCarrick inappropriately touching her sons on several occasions as a guest in their home. The mother identified at least one of her sons as a teenager at the time. She also said that McCarrick gave her sons alcohol on an overnight trip that he took them on, which she believes was intended to lower their inhibitions.

Several New Jersey bishops gave the Holy See inaccurate information of allegations surrounding McCarrick in response to a written inquiry from Archbishop Gabriel Montalvo requested by Pope John Paul II in 2000, the report said. The inaccurate information may have contributed to Pope John Paul II’s appointment of McCarrick to become Archbishop of Washington later that year, according to the report. 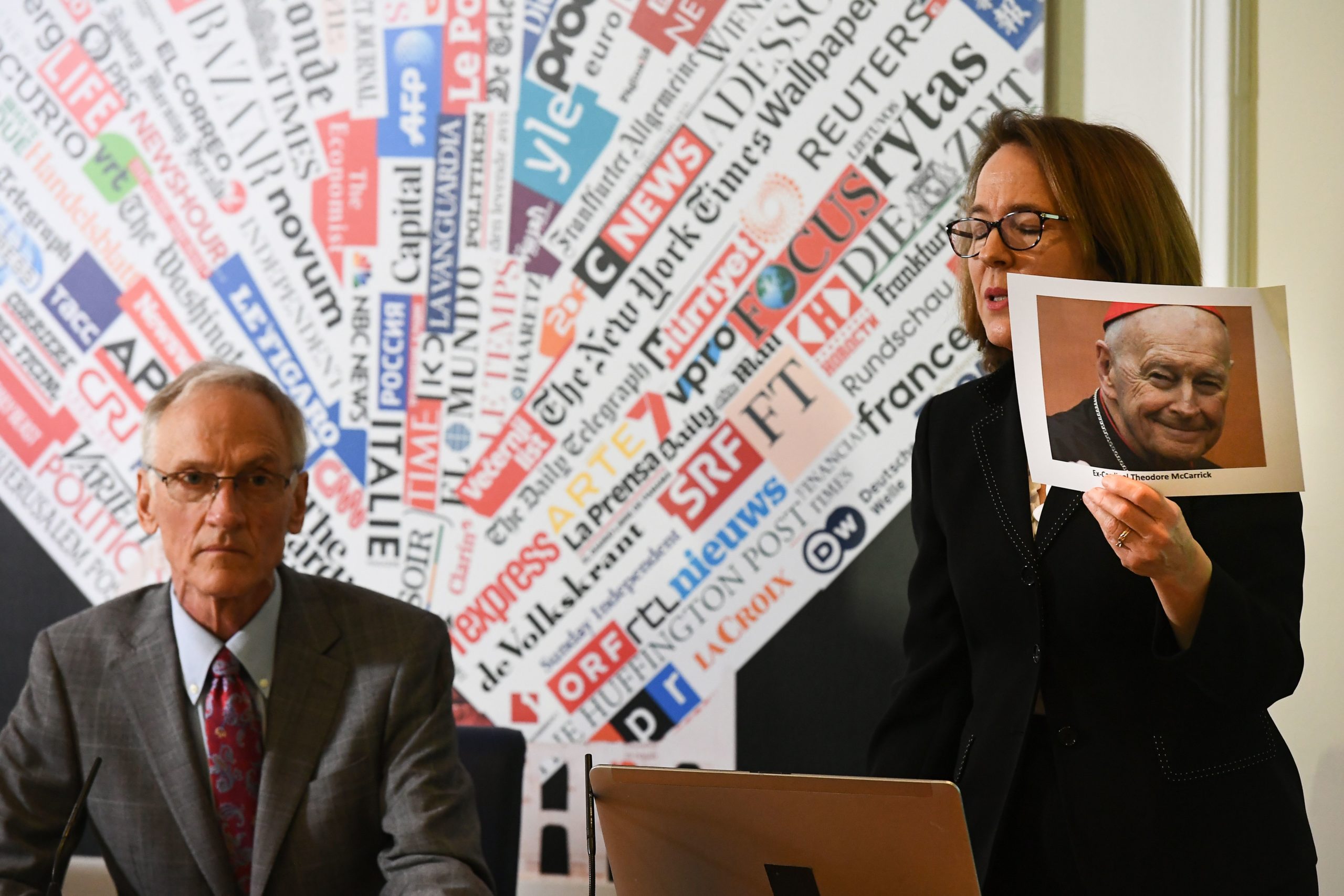 “While we thank the Lord for the gift of national and personal freedom, what St. John Paul II taught young people comes to mind,” the pope said. He then cited John Paul II as saying that being free means being “a man of upright conscience, to be responsible, to be a man ‘for others,’” according to the AP.

In 2019, the Pope held an international summit at the Vatican focusing on abuse and established new rules on investigating abuse allegations within the church. McCarrick was the first cardinal in modern times to be dismissed from the priesthood that same year, according to WSJ. McCarrick denies the allegations of wrongdoing.