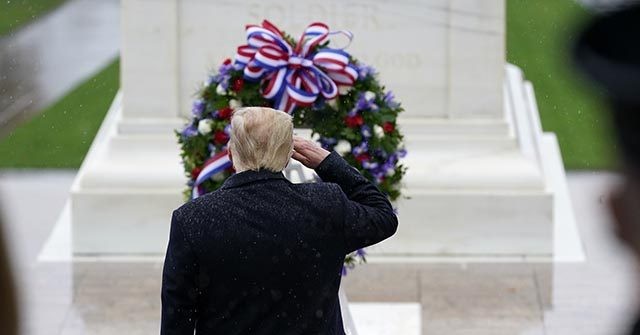 The first couple traveled to Arlington Cemetery, where the president joined Vice President Mike Pence and military officials in the rain in front of a wreath in front of the Tomb of the Unknown Soldier.

The president saluted as the military band played the national anthem and remained standing in the rain as military “Taps” played.

After a period of silence, the president turned and silently recognized some of the veterans present before leaving quietly and returning to the White House.

AZ Governor Ducey Says He Won’t Run for US Senate in...

Road to House Majority Is Through Pressuring Moderate Democrats in Swing...