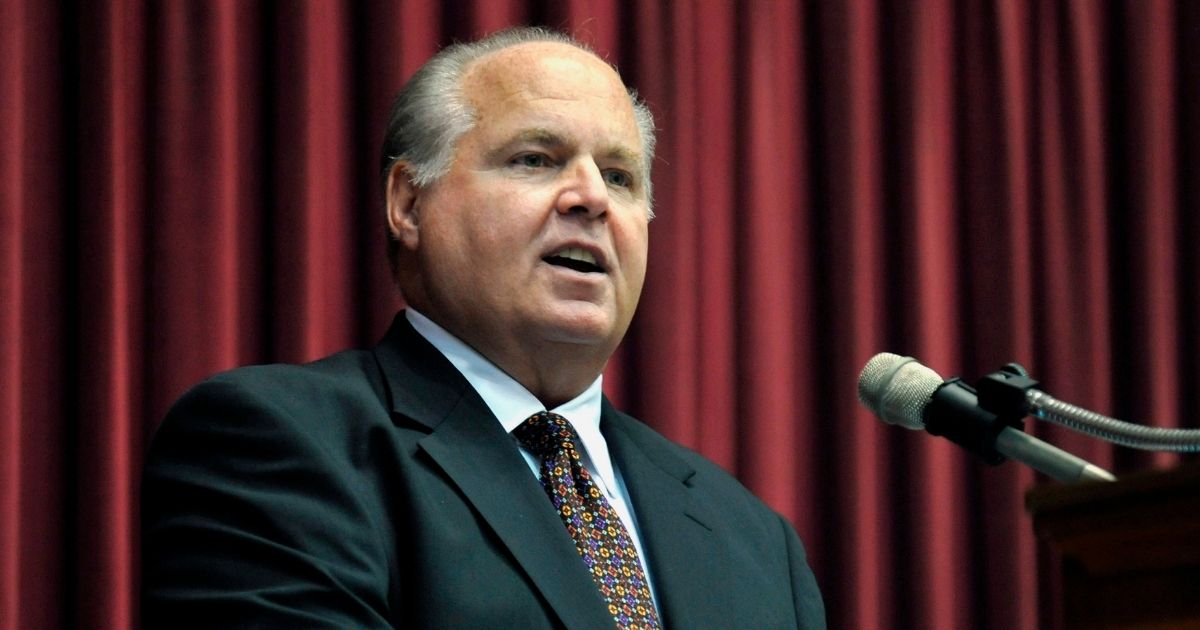 Conservative talk radio host Rush Limbaugh was set to miss Wednesday’s show as he continues his battle with advanced lung cancer, according to an update from his producer.

“Our prayers are with Rush as he continues to fight the illness he has been afflicted with,” Bo Snerdley tweeted.

“We are still praying for a remission. Today @KenMatthews will fill in for Rush.”

He added, “Thanks for all of your prayers, kind words and wishes for our Rush. God Bless you.”

Our prayers are with Rush as he continues to fight the illness he as been afflicted with. We are still praying for a remission. Today @KenMatthews will fill in for Rush. Thanks for all of your prayers, kind words and wishes for our Rush. God Bless you.

Limbaugh has been off the air since Feb. 2, according to Fox News.

Limbaugh revealed his advanced lung cancer diagnosis last February but vowed to stay on the radio as he battled the disease. He said in May that his treatment was physically grueling but that he would not stop fighting.

Do you listen to Rush Limbaugh’s show?

Last July, the 70-year-old said he was hoping the treatment would give him “extra innings.”

But in October, Limbaugh told his audience that the latest results show the cancer that had been stymied was growing once again, according to a transcript of his remarks posted on his website.

Limbaugh has played a consequential role in conservative politics since his radio show began in 1988.

The show itself has earned a variety of awards and honors, helping earn Limbaugh a place in the Radio Hall of Fame and National Association of Broadcasters Hall of Fame.

In a December broadcast, he shared a message about living in the shadow of death.

“Every day remains a gift. You know, I wake up every morning, and I thank God that I did,” he said.

“And there will probably be, down the road, similar type days where I will need to take a day for rest or for whatever medical challenges present themselves. But the fact that I’m able to get back here and be with you is a genuine blessing, and I appreciate it and I appreciate your understanding throughout all of this.”

Limbaugh said there will be more interruptions in his usual schedule but stressed the wonder of simply being alive.

“I continue to look at this and live this as a day-to-day proposition. You know, I’ve said it enough times, it becomes a cliche, that I wake up every morning and thank God that I did. But, you know, it’s not a cliche. It absolutely happens to be the truth,” he said.

“And so the bottom line is that every day is a gift. And even on those days where I’m not able to get here, realize that I wish I could be. And that when those days occur, that I will do what I can to get back as quickly as is possible.”