Federal authorities are investigating a massive foreign-made counterfeit N95 mask operation that may have impacted hospitals, medical facilities, and government agencies in five states and could put health care workers at risk, the Associated Press reported.

Although officials could not name the states or the company involved because of the active investigation, authorities said the fake masks are becoming harder to spot as fraud during the pandemic has become rife. Scammers are continuing to exploit hospitals and other medical centers in need of personal protective equipment, and authorities have seen an increase in fake websites claiming to sell vaccines and fake medicine, according to the AP.

A member of the medical staff listens as Montefiore Medical Center nurses call for N95 masks and other critical PPE to handle the coronavirus (COVID-19) pandemic on April 1, 2020 in New York. (Photo by BRYAN R. SMITH/AFP via Getty Images)

The N95 mask provides a higher degree of protection than both surgical masks and cloth masks because they can filter out both large and small particles, making them ideal for workers in a medical setting during the pandemic, Dr. Adrian Cotton of Loma Linda University Health wrote. 3M, which is one of the largest producers of the N95 mask, has delivered some 2 billion N95 masks throughout 2020. When the masks were in short supply at the beginning of the pandemic, scammers began to exploit the desperate need for protective equipment.

In December, 3M issued a letter to distributors reminding them that 3M only sources its respirators from authorized wholesalers in the U.S., and not any other country, amid an uptick in counterfeit 3M N95 respirators. More than 1,200 law enforcement raids related to counterfeit respirators were undertaken in 2020, the letter says.

Counterfeits are goods intended to deceive consumers who rely on familiar brand names and logos when making decisions about purchases, and are typically offered at lower prices. Counterfeits can be dangerous since they are not usually tested for safety.

In January, the company issued another alert about reports of fraud related to three of its respirators models.

Homeland Security Investigations has cracked down on fraud by joining border officials, the Food and Drug Administration (FDA) and the Federal Bureau of Investigation (FBI) to investigate fraud and seize counterfeit products.

U.S. Customs agents seized nearly 13 million counterfeit face masks and more than 200,000 banned test kits and tablets in 2020 — a majority of which originated in China, The Wall Street Journal reported in early February. (RELATED: US Customs Seized 13 Million Counterfeit Masks And Thousands Of Banned Test Kits In 2020, Mostly From China)

In December, Customs agents seized 21 boxes filled with counterfeit masks labeled as 3M Mask Model 1860, which didn’t pass an authentication process. The boxes were also labeled as “Made in the USA” although they were imported from Shenzhen, China. If the masks were genuine 3M products, the total cost of the shipment would have been $65,520, according to U.S. Customs and Border Protection. 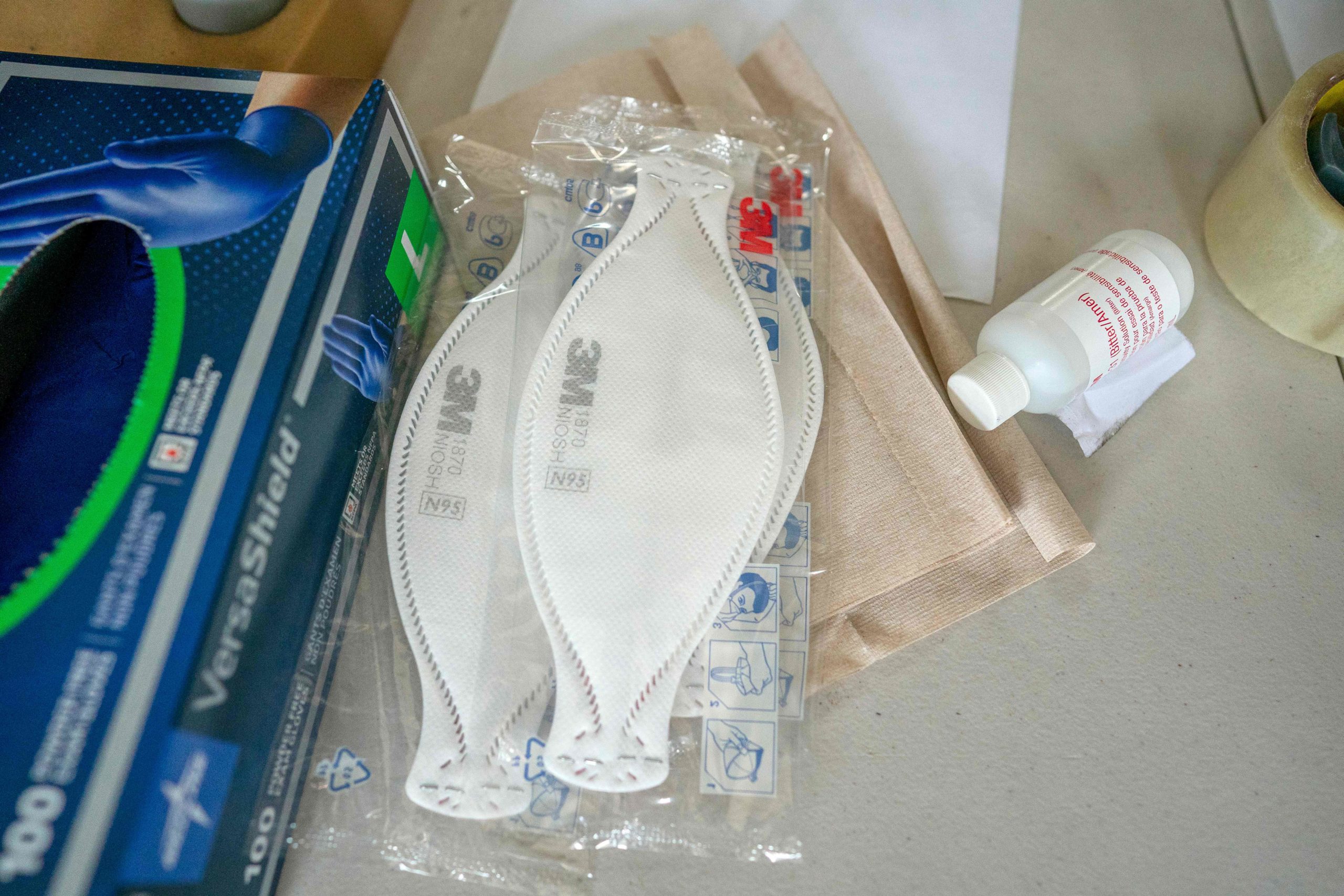 In a recent matter, Homeland Security Investigations sent an email to some states warning of fraudulent 3M N95 mask models 1860 and 1860S that may have been provided by a company called Q2 Solutions, according to the AP. The masks have a seal that says “Peru,” which is not used outside of Latin America.

Officials in Washington state had also discovered that 300,000 of the masks they had purchased for about $1.4 million were counterfeit. Beth Zborowski of the Washington State Hospital Association told the AP that the masks had been vetted and the fraud could affect 1.9 million masks, but most of them are in stockpile.