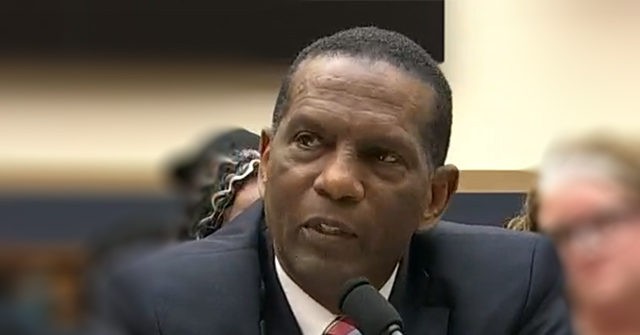 Republican Burgess Owens proved victorious over his challenger, Democrat Rep. Ben McAdams, in Utah’s Fourth Congressional District for a seat in the U.S. House of Representatives.

As of Friday night, with 99 percent of precincts reporting, the Salt Lake Tribune considered Owens’ 2,095-vote lead over McAdams to be “insurmountable.” The Tribune also noted that Owens had 47.50 percent of the vote on Friday compared to McAdams’ 46.93 percent.

“If Owens’ lead holds as those and any remaining ballots in Utah County are counted ahead of the final canvass next week, he will be one of two new members in Utah’s six-member congressional delegation,” the Tribune stated.

Earlier this year, in May, Owens said that he must take back Utah’s Fourth Congressional seat in an attempt to help Republicans “take back our country.”

Owens, a former Oakland Raiders Superbowl Champion, has also been very critical of Colin Kaepernick and his decision to kneel during the national anthem before football games.

“We have a responsibility as we pass the torch down to the next generation, and there is an example of someone we all respect: Kobe,” Owens told Breitbart News in February. “There is a difference in Kobe’s approach to life, and maybe some other athletes who don’t quite get it.”

My generation has dropped the ball. We have allowed the socialists and Marxists to get in our school systems and teach our kids a different way than we were brought up. Kaepernick is a good example. In today’s society, our greatest enemy is socialists and Marxists who lay in wait and attack our most vulnerable. In this case, you have kids going to school fresh-eyed and excited about life and looking forward to a great future, but they come out anti-American Marxists.

Up until Owens’ success, Utah’s Fourth Congressional District was one of 30 districts represented by a Democrat that President Donald Trump had won in 2016.

Owens’ victory marks the twelfth seat in the House of Representatives to be flipped from Democrat to Republican on Election Day.