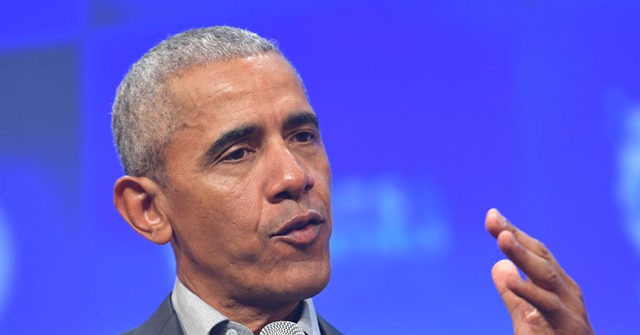 Former President Barack Obama said Tuesday on Comedy Central’s “The Daily Show” that the Republican Party is “the minority party in this country.”

Obama said, “In fact, the Republican Party is the minority party in this country. The only reason they it doesn’t look like the majority party is because of structures like the U.S. Senate and the Electoral College that don’t render them the majority party. So they have certain built-in advantages around power given their population distribution and how our government works. But the truth of the matter is that 60 percent of the people are occupying what I would consider a more reality-based universe, and those are the constituents we’re speaking to, and that is a more diverse group.”

He continued, “I describe in the book the first time I go to the Republican House caucus to speak to them. I think there was an Asian guy or gal and maybe a couple of Hispanics, and that was it. It is much more homogeneous, which means that, yes, they have to do less work. But it also means that they can talk to themselves, and as a consequence of the way our democracy, our republic is structured, they don’t have to appeal to as broad of a base.”

He added, “That’s not fair. But you know I at least would prefer not having the progressives model ourselves on the current Republican Party. That doesn’t feel like a good strategy to me to get the outcomes that we want.”