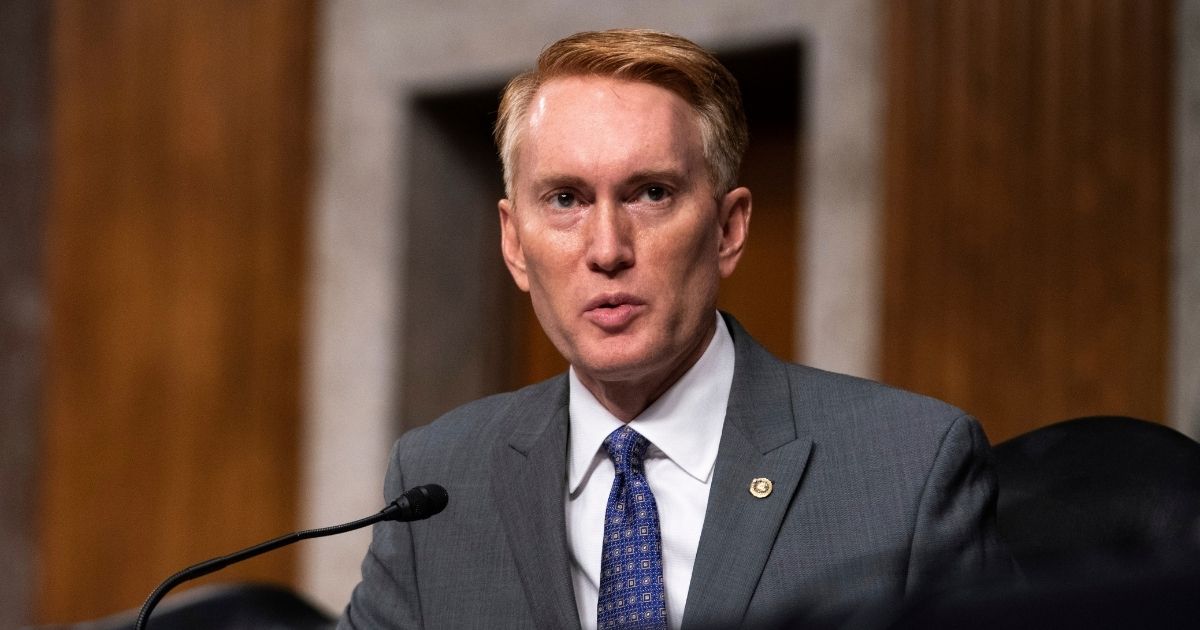 Several Republican senators are saying that regardless of President Donald Trump’s lawsuits concerning last week’s election, it is time that presumptive potential President-elect Joe Biden is given daily intelligence briefings.

One GOP senator, James Lankford of Oklahoma, has gone so far as to say that he will take action on Friday to help Biden access the daily briefing given to the president.

“This needs to occur so that regardless of the outcome of the election, whichever way that it goes, people can be ready for that actual task,” Lankford told KRMG-AM, according to USA Today.

“If that’s not occurring by Friday, I will step in,” added Lankford, who is a member of the Senate Homeland Security and Governmental Affairs Committee.

Republican Sen. Lindsey Graham of South Carolina, who has raised questions over alleged voting irregularities, indicated Thursday that he was on board with having Biden, a former senator and vice president, get the briefings, according to The Guardian.

Asked if the GSA should sign off on the requisite paperwork to allow for the transition to officially take place, Grassley told that “we ought to do what we did” after the contested 2000 election.

“If in fact [Biden] does win in the end, I think they need to be able to hit the ground running,” said Republican Sen. John Cornyn of Texas, a member of Senate Intelligence Committee. “I just don’t know any justification for withholding the briefing.”

Some said that national security concerns require preparation for all eventualities.

Our adversaries aren’t waiting for the transition to take place. @JoeBiden should receive the President’s Daily Brief (PDB) starting today. He needs to know what the latest threats are & begin to plan accordingly. This isn’t about politics; this is about national security.

Sen. Angus King of Maine, an independent who caucuses with Democrats, said that if there is a transition, it could be a period of potential vulnerability.

“The transition is inherently a dangerous period,” King said.

“There are clear national security implications here, and you want the incoming administration to be as fully as informed as possible about where the danger areas are,” he added.

The issue of briefings is not the only bone of contention concerning the intelligence community, where a battle of whether the Trump administration should oust CIA director Gina Haspel has spilled into the Twittersphere.

Why the hell are Republican senators trying to manipulate @realDonaldTrump into keeping Gina Haspel, who undermines Trump and subverts his agenda at every turn? @JohnCornyn, @marcorubio, @senatemajldr are getting played by a master case officer. What a disgrace.

Intelligence should not be partisan. Not about manipulation, it is about preserving impartial, nonpartisan information necessary to inform policy makers and so the can protect the US. https://t.co/cYtq9mqMxH

Have you or @marcorubio or @senatemajldr actually discussed this with anyone in the Admin. who actually works with her, like @DNI_Ratcliffe or @MarkMeadows or @robertcobrien, to get their perspective, or are you just taking a trained liar’s word for it on everything? https://t.co/jMoccaF60W

Amid the arguing over Haspel, Republican Sen. Mitt Romney of Utah said he’s all for moving full speed ahead with a transition.

“It’s very much in our national interest, in our foreign policy interest, national security interest, to make sure that if there’s a new team that may become the leadership team, that they be given all access as quickly as possible,” Romney told NBC News.