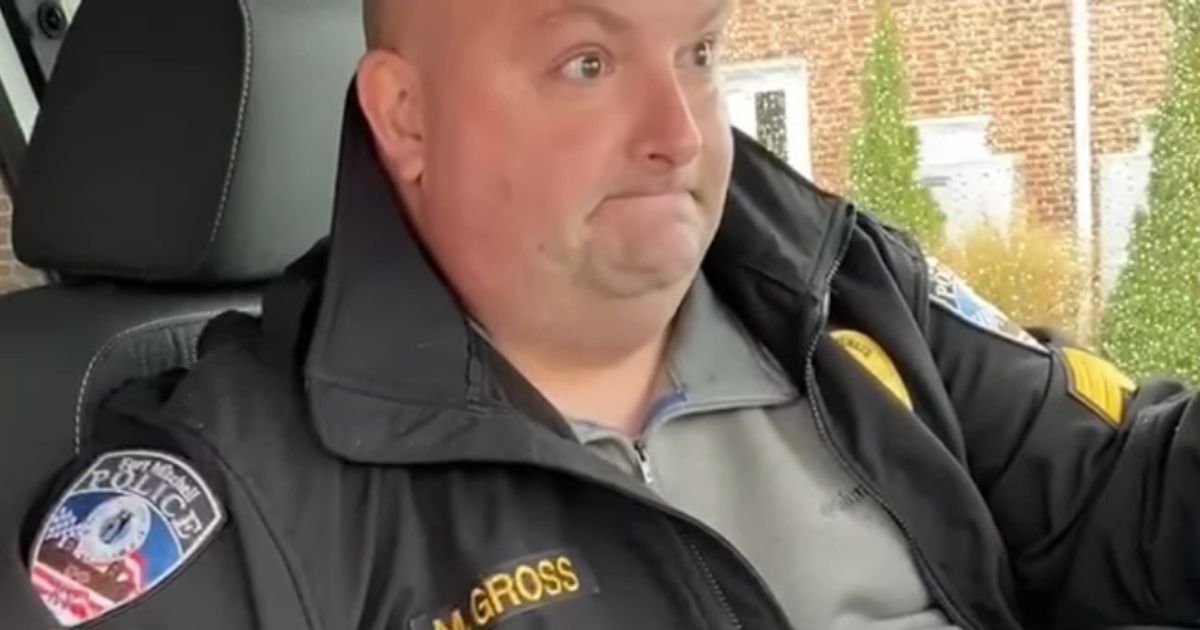 There are major milestones in life that beg for celebration. Graduation, weddings, babies, promotions and retirement are some of the biggest mile markers in life, though some careers definitely have more emotional retirements than others.

When someone has given their life to serving their community, that final day of work is bittersweet. For many cops, their final sign off is teary and tugs at people’s hearts — even people who have never met them before.

Mike Gross of the Fort Mitchell Police Department in Kentucky retired on Nov. 30, and the video has people a little misty-eyed.

“In 2013 he joined the Campbell County Sheriff’s Department as a Sergeant in charge of operations. Sergeant Gross began working for the Fort Mitchell Police Department in 2015.”

“Among his many contributions to our department and community, Sgt. Gross helped modernize our evidence room, played an integral role in the launch and maintenance of our body worn and cruiser cameras, and has been the creative force behind our department’s social media accounts.”

“He is also a regular supporter of young entrepreneurs at their lemonade stands across the city. Congratulations and thank you Sgt. Gross.”

Video of Gross, shared by his wife Erin, has been reshared by multiple people and departments. The clip showed him radioing in, logging out and then thanking his brothers and sisters on the force and wishing them the best.

His daughter was on the other side of the radio and as she read her statement, Gross appeared to fight back tears, his eyes wide as he bit his lip.

“He has served and inspired the community, and his brothers and sisters in blue are showing his passion for law enforcement in helping others through his work and through his daily life. Thank you for your 20 years of service. You have always been my hero and I love you to the moon and back daddy. Forth Mitchell eight, I show you off shift.”

Pausing for a moment, Gross said “Oof, that was rough,” sighing and laughing before adding “Aww… that was sweet.”

RELATED: AGT Kid Magicians Handcuffed and Arrested After Refusing To Go Live with Their Mother

“Mikes final call after 20 years in law enforcement, and daughter Kylie Gross on the other side of the radio with his send off,” his wife Erin shared on Facebook.

Other police departments and even reporters wished him well.

“I have done several stories with Mike,” Mike Dardis with WLWT-TV posted, “he’s a great guy… And he absolutely loved his job. Wishing you the best in retirement.”

Ah, ‘Friendship’ Is Restored between the Administration and Those Who Cover It

Ah, ‘Friendship’ Is Restored between the Administration and Those Who Cover...