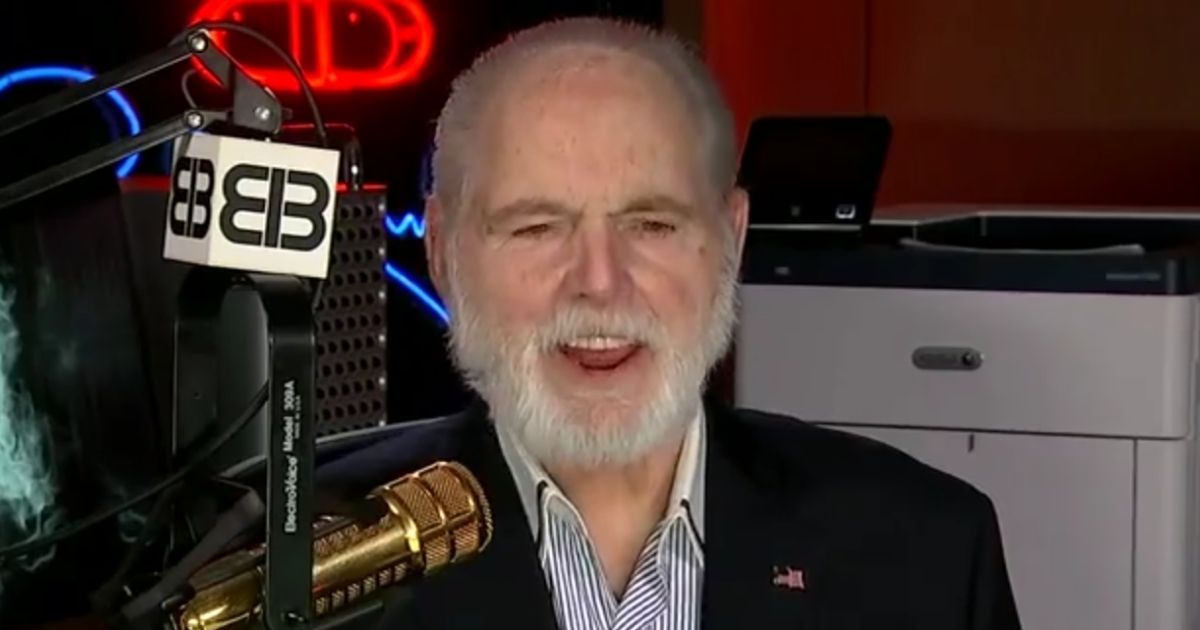 Talk radio legend Rush Limbaugh said in an interview Tuesday morning that his battle with cancer was “day to day” but he was thankful that he made his goal to be around for Election Day.

“I’m day to day. I wake up every day and thank God that I did,” Limbaugh told Fox News’ “Fox & Friends.”

“I woke up this morning and I thanked God that I did, and I have had a very, very good fortune with the course of treatment that I’ve had and I’m just thrilled to be here.”

He added, “I’m thrilled to be here and to be able to be part of this today. This was an objective.”

The conservative radio icon praised President Donald Trump for the work he has done during his time in the White House.

“I really do believe that we owe President Trump a lot. The man has done more than anybody I can think of in the Republican Party to save this country,” Limbaugh said.

He said Trump would work to preserve the American way of life while Democrats want to “rip the Constitution to shreds.”

Limbaugh revealed his advanced lung cancer diagnosis in February but vowed to stay on the radio as he battled the disease. He said in May that his treatment was physically grueling but that he would not stop fighting.

Do you think Trump will win re-election?

As recently as July, he said he was hoping the treatment would give him “extra innings.”

But on Oct. 26, Limbaugh told his audience that the latest results show the cancer that had been stymied was growing once again, according to a transcript of his remarks posted on his website.

In his “Fox & Friends” interview, he said he didn’t want to talk too much about his sickness but he was grateful to be around to watch the Election Day results come in.

“When I found out my diagnosis, being here today was one of the objectives,” Limbaugh said Tuesday.

“I wouldn’t be here today if it weren’t for my family. They have, particularly my wife who has just, this stuff is hard. … I have been the beneficiary of some of the most loving and devoted people.”

RELATED: Radio Host Mocks Rush Limbaugh for ‘Crying About His Cancer on Air'

Host Ainsley Earhardt asked Limbaugh what advice he would give to people who are worried about the future.

“We all only get one [life]. And we all have the opportunity to make the most of it or whatever we want it to be. And we get a do-over every day, if we screw up one day, we get a chance to fix it the next day. And we’re Americans, which means we have the freedom to invest in whatever it is that makes us happy,” he said.

“There is so much to be thankful for, especially when right in front of you is the prospect of it being taken away. And it just amps up the appreciation for all the goodness we have in our life.”