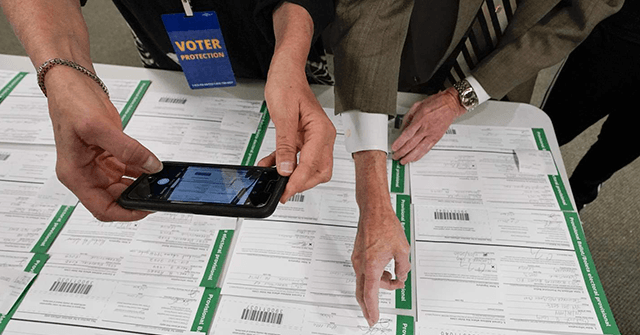 Pennsylvania state Senate Majority Leader Jake Corman said in a statement on Saturday that the Supreme Court’s decision ordering the separation of mail-in ballots arriving after Election Day “underscores” how Democrats have undermined the voting system.

The Supreme Court ruled that mail-in ballots that arrived after Election Day must be separated from those that arrived before November 3. Corman asserted that Pennsylvania Secretary of State Kathy Boockvar’s (D) handling of the election has undermined the electoral system. He said:

The U.S. Supreme Court affirmed what we have been saying — Secretary Boockvar changed the rules for the counties after telling the Court that ballots would only be segregated. The Court said it was not aware the Secretary’s original guidance, which had an ‘important bearing on the question whether to order special treatment of the ballots in question had been modified.’

The constantly changing guidance has resulted in inconsistent handling of ballots across the counties. Her actions are nothing but a partisan effort to cause chaos and mistrust.

Corman’s statement follows as he and Pennsylvania Senate President Pro Tempore Joe Scarnati (R) called on Boockvar to resign for her handling of the state’s electoral system.

The Republicans charged that Boockvar “fundamentally altered” its formal and informal guidance for the November 3 elections.

They wrote in a statement this week:

Twice in the last two days, the Secretary of State has fundamentally altered the manner in which Pennsylvania’s election is being conducted. The constantly changing guidance she has delivered to counties not only directly contradicts the Election Code language she is sworn to uphold, but also conflicts her own litigation statements and decisions of both the Pennsylvania Supreme Court and the United States Supreme Court.

Secretary Boockvar told the U.S. Supreme Court on October 28 that ballots received after 8 p.m. on November 3 would be segregated, but she changed the rules on November 1 and directed counties to canvass those ballots as soon as possible upon receipt. In some counties, it is not possible to both segregate and canvass ballots as directed. This directive leaves open the possibility that timely votes will be commingled with votes received after 8 p.m. on Election Day, despite the fact that these votes remain the subject of litigation before the United States Supreme Court.

The Department changed the rules again on November 2 when they provided last-second guidance directing counties to provide information to help voters whose mail-in or absentee ballots were incorrectly completed so those voters could vote on a provisional ballot. The late release of this “guidance” resulted in inconsistent application across the counties — some of whom contacted voters as directed and some who did not. There is no basis for this guidance in current law. The Secretary created this new process out of thin air.

“The rebuke by the Supreme Court underscores how Secretary Boockvar’s action have weakened the confidence in our voting system and Pennsylvania’s election results,” Corman said in his statement on Saturday.