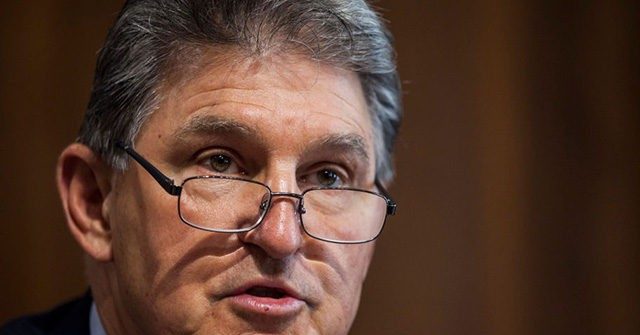 Tuesday, Sen. Joe Manchin (D-WV) urged his GOP colleagues in Washington, D.C. to “move on” from refusing to concede the 2020 presidential election results.

The media declared former Vice President Joe Biden the winner of the election, although President Donald Trump’s campaign has filed lawsuits in multiple states alleging voter fraud. Senate Majority Leader Mitch McConnell (R-KY) this week thrust his support behind Trump for contesting the results, saying the president should “look into allegations of irregularities and weigh his legal options.”

Manchin said it is a “shame” the country has not moved “forward” yet and suggested the GOP is “stalling” to appease Trump “as he exits.”

“We’re going to move forward,” he added. “We have to move forward. There’s processes to move forward, and we will move forward. I think that basically they’re just stalling and giving the rhetoric they’re giving right now if they think that appeases President Trump as he exits, it gives him a better feeling. I don’t know what they’re playing to. I really don’t. It’s time to move on. I think people within the White House know that. I think people within the family structure know that. They’re just scared, I guess, to go tell him the facts of what we’re dealing with and how we’re going to go ahead and transition peacefully.”

Someone Took a Tally During Massive Cleanup of Los Angeles Park,...