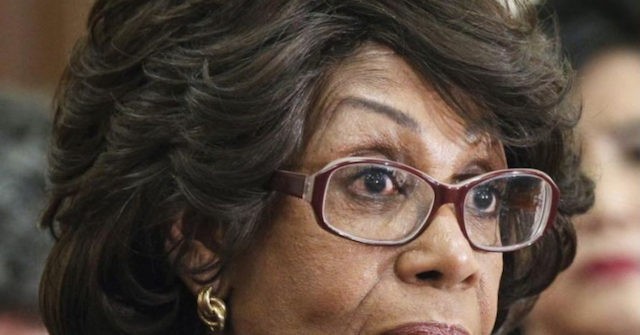 Reid asked, “You serve with Mo Brooks. You serve with some of the Republican members of the House. What do you make of the idea that they are not down? They are planning on holding what would be a show vote in the Senate January 6?”

Waters said, “It’s shocking. It is absolutely shocking that they would continue in their efforts to do what I consider the highest form of voter suppression. We have never seen anything this. The president of the United States is going to 46 courts, turned him down, and said you have no evidence. He went to the Supreme Court. He has three members he helped to get on the court. They turned him down. They didn’t let him file. They didn’t let Texas attorney general, who is the head of the amicus brief, they didn’t let them file in the Supreme Court. They are still moving forward with trying to somehow invalidate the votes of millions of people in four states. It is just unbelievable they would continue this.”

She continued, “Either they are so afraid, intimidated and bullied by the president of the United States they can’t stand up for democracy and the Constitution. That is hard to believe, hard to understand. When people say to us, why don’t you negotiate with them on coronavirus and response and help the people? Why can’t you come to an agreement? Do you understand what we’re dealing with? People who willing to undermine democracy, people who claimed to be patriots. They don’t have respect for the Constitution, and you expect us to be able to sit down with them and for them to negotiate with us in good faith? This is awful.”

She added, “The world is watching. I want to tell you while we have been the leader of the world, particularly on democracy and encouraging other countries around the world to become democratic, we have now taken the bloom off our of leadership. It’s absolutely unconscionable and unthinkable that this could be happening. ”

Wesley So: A Filipino-Born Chess Master, Becomes an American