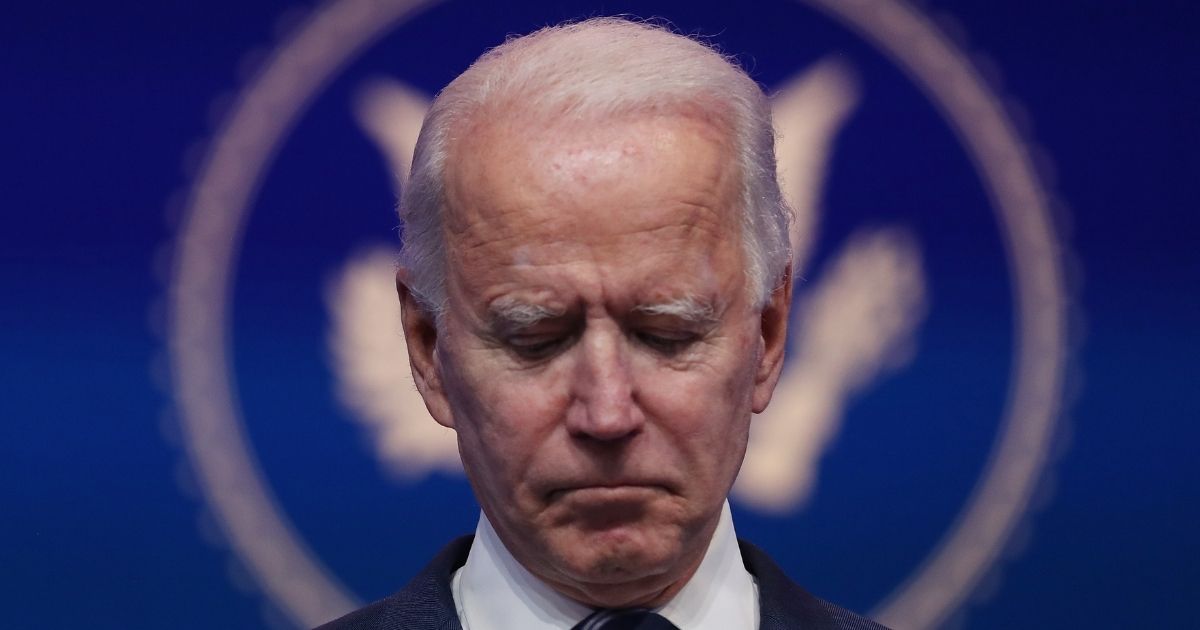 Despite what the establishment media and Democratic Party might be saying, Joe Biden has not won the 2020 presidential election.

While many on the left would likely scoff at that statement, one poll revealed more than half of registered voters polled believed Biden was not the legitimate winner of the presidency.

Working in conjunction with pollster Scott Rasmussen, JustTheNews.com conducted the poll online, by text and by phone from Nov. 5-7 among 1,200 registered voters with a margin of error of +/- 2.8 percentage points.

Forty-nine percent of respondents said they believe Joe Biden was the legitimate winner of the 2020 presidential election.

Conversely, 34 percent of respondents believe President Donald Trump was the winner, while 16 percent said they were not sure who won the election.

As is to be expected in 2020 America, many of the results were partisan.

Of Republican respondents, 77 percent thought Trump was the legitimate winner.

Only 12 percent of Republicans thought Biden was the winner.

Democrats showed out with similar numbers in the opposite direction.

As of today, is Joe Biden the legitimate winner of the 2020 election?

Eighty-seven percent were of the belief that Joe Biden was, in fact, the legitimate winner of the presidency.

It is important to take into consideration that this survey was taken from the night of Nov. 5 until Saturday, Nov. 7, before any media outlet “had formally called the race for Biden” as noted by Rasmussen himself.

Even given that fact, and even if these numbers were slightly different, it still remains the case that a shockingly high percentage of Americans continue to question the legitimacy of Biden’s apparent presidential win that so many mainstream news outlets were eager to call.

Due to the specific circumstances of this election, The Western Journal refuses to call the presidential election as of yet.

The reasons why are simple: there are numerous recounts and court challenges that must be resolved before any state can certify its results.

Until those processes are all ironed out, at this time it is simply irresponsible to call several states for either presidential candidate.

While it currently appears Joe Biden has the advantage over President Trump, neither candidate has a legitimate claim to victory at this point.

So, for anyone questioning the legitimacy of Biden’s apparent win, understand that you are not alone.

It isn’t over yet.