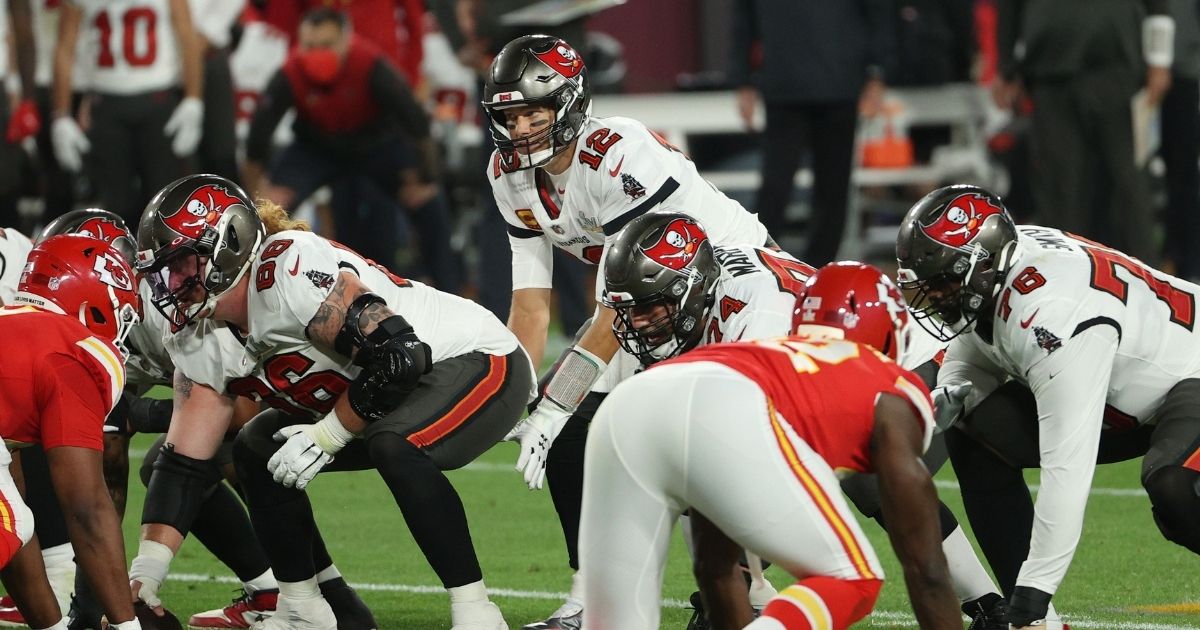 Sunday’s Super Bowl blowout of the Kansas City Chiefs by the Tampa Bay Buccaneers has earned the title of the “least-watched Super Bowl in recent history,” according to Deadline.

The game emerged with a Nielsen-estimated 38.2 rating — a measure of how many households watched the game out of all possible households, according to Sports Media Watch.

The rating was the lowest since Super Bowl III in 1969, which had a 36.0 rating. That was the year Joe Namath and his upstart New York Jets defeated the Baltimore Colts.

Sunday’s matchup was only the seventh Super Bowl with a rating below 40, and the first sub-40 rating since 1990.

On CBS, 91.6 million people watched the game, an eight percent drop from last year’s game on Fox alone with 99.9 million viewers, according to Deadline.

Are you tired of the NFL’s social justice crusade?

Across all platforms, this year’s game averaged 96.4 million viewers, making it the lowest audience for a Super Bowl since 2007, when the game attracted 93.18 million viewers.

Some noted that neither Tampa nor Kansas City are major TV markets, although one major metro area did follow the game closely — Boston.

Despite playing for a different team, Brady’s latest Super Bowl appearance averaged a higher rating in Boston than 8 of his 9 trips with the Patriots: https://t.co/fAF65b464p

There was one increase. The streaming audience of 5.7 million was a 68 percent increase from the 3.4 million fans who watched the game online last year.

In giving context to the numbers, Deadline noted that the “NFL had a 10% drop in ratings on average this season after two years of increases — a fall that can’t help but hit the Super Bowl itself and dim enthusiasm as teams and supporters quarreled over safety protocols, cultural and racial justice, and a schedule that sometimes went off the rails due to positive coronavirus test results.”

Others had their own views about the game.

Not sure if I’m watching the Super Bowl or the Social Justice bowl???

I’m curious about how the TV ratings for the Super Bowl varied during the game. I suspect a not-insignificant number of people have turned the game off.

With everyone staying home, this Super Bowl had a chance at a big TV rating, but CBS needed a closer game to keep the audience through the second half. #SuperBowl #SuperBowlClass

The Super Bowl really felt like the first normal thing we’ve done since the pandemic. It could’ve done without the social justice pandering and cardboard cutouts…but it was nice. pic.twitter.com/jeGzj7jjys

Writing in the New York Post, Charles Gasparino said that the NFL’s social justice forays have made the game a turn-off.

“People hate being told they need to be re-educated on race relations when they simply want to relax and watch a game,” he wrote.