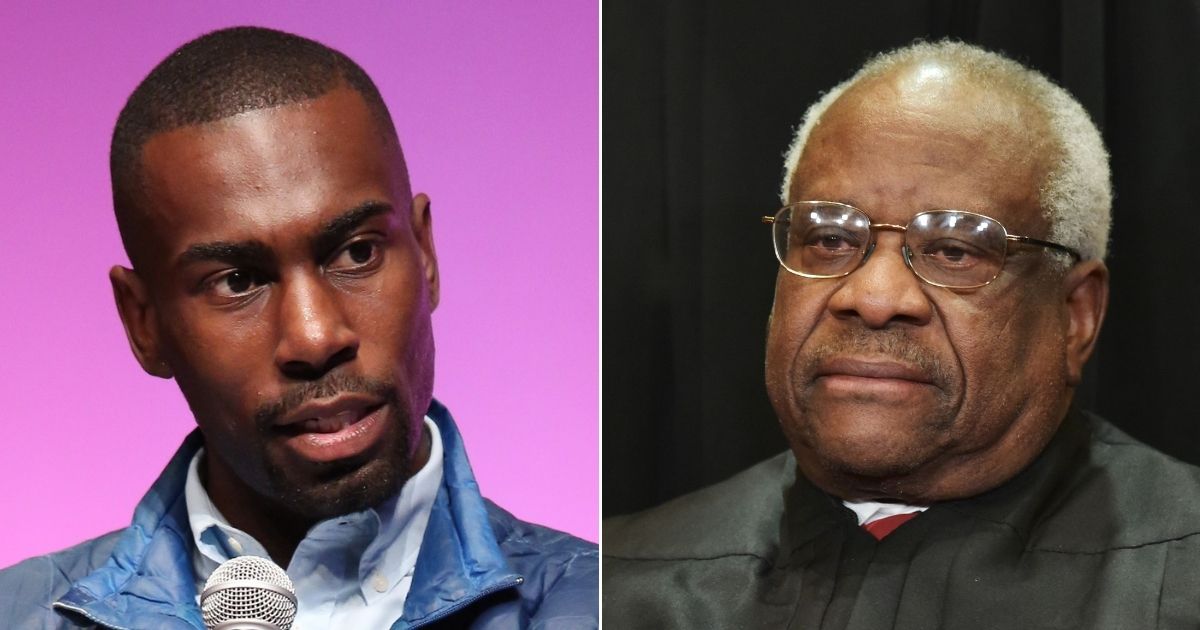 The Supreme Court on Monday handed Black Lives Matter activist DeRay Mckesson a temporary victory in his effort to avoid a lawsuit from a police officer who was injured in a demonstration Mckesson helped organize.

But the ruling did not make Mckesson a happy man.

After the ruling, he tweeted his condemnation of Justice Clarence Thomas, who was the only dissenter in the 7-1 vote. Newly appointed Justice Amy Coney Barrett did not rule in the case.

“Clarence Thomas is just not on the right side of any of these issues,” Mckesson tweeted.

Clarence Thomas is just not on the right side of any of these issues.

Some on Twitter pushed back against the criticism of Thomas.

Translation-Clarence Thomas doesn’t think like me, so he’s wrong! Arrogant!!

He is the best judge on the Scotus and one of the most brilliant minds in Washington.

Remember, SCJ is not there to be on anyones “side”, they are there to interpret the constitution and current legislation.

Mckesson was sued by a police officer whose name was not revealed in the court documents over events that took place during a 2016 protest in Baton Rouge, Louisiana.

Do you think Clarence Thomas is usually on the wrong side of issues?

“The protesters, allegedly at Mckesson’s direction, occupied the highway in front of the police headquarters. As officers began making arrests to clear the highway, an unknown individual threw a ‘piece of concrete or a similar rock-like object,’ striking respondent Officer Doe in the face,” the court’s opinion said. “Officer Doe suffered devastating injuries in the line of duty, including loss of teeth and brain trauma.”

Mckesson had won the first round in federal district court, which said the protest and Mckesson had First Amendment protection.

A 5th Circuit Court of Appeals panel ruled against Mckesson, however, saying that since the protest was illegal, it was not protected by the First Amendment, according to Fox News.

But in an unsigned opinion, the Supreme Court said the appellate panel did not do a good enough job of researching and applying Louisiana law. The case was sent back to the lower court to be reviewed again.

“The Fifth Circuit should not have ventured into so uncertain an area of tort law — one laden with value judgments and fraught with implications for First Amendment rights —  without first seeking guidance on potentially controlling Louisiana law from the Louisiana Supreme Court,” the opinion said.

Thomas did not issue a separate dissenting opinion.

David Cole, the legal director of the American Civil Liberties Union,  said the appeals court ruling, if upheld, “would have a tremendous chilling effect on the First Amendment right to protest,” according to USA Today.

Lawyers for the officer, however, had argued that throwing out the lawsuit “would encourage negligent, unpeaceful, and illegal behavior at the expense of others and, in particular, would expose law enforcement officers to serious harm.”