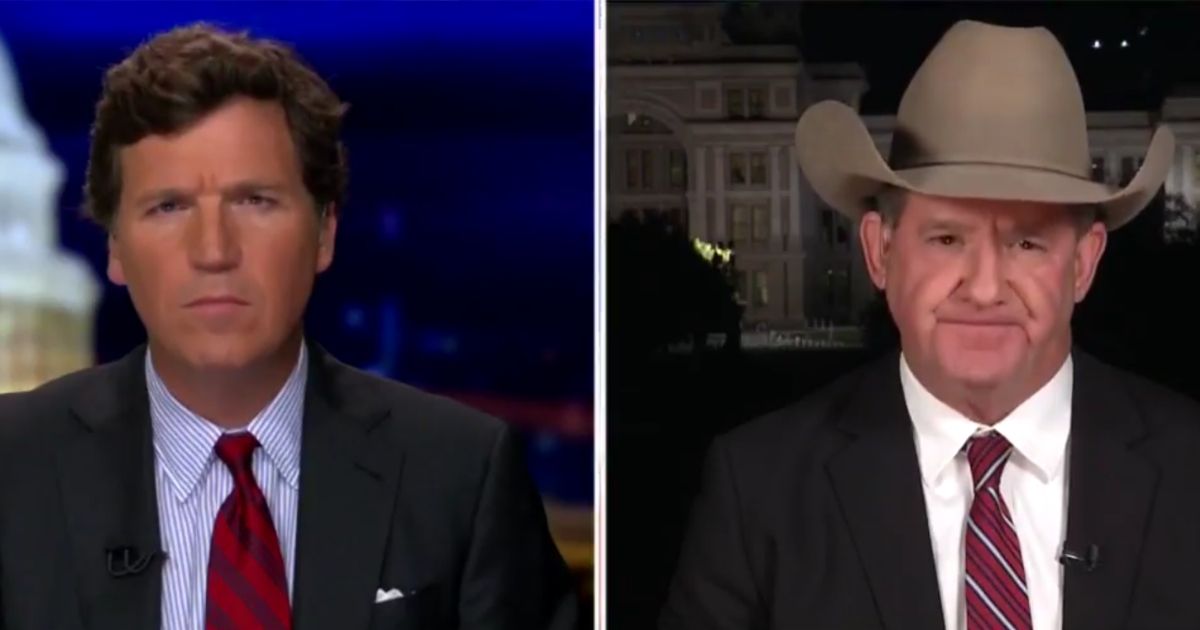 Immigration has been a top priority for Democrats, which is why President Joe Biden has taken such drastic action on the matter since entering office.

In the first weeks of his presidency, Biden has already issued at least eight proclamations and executive orders regarding his desired changes to immigration policies in the United States.

Yet by reversing many of former President Donald Trump’s immigration policies and relaxing the rules at the border, some argue that Biden is doing serious damage to the country.

“The memo that I received this last week — it’s essentially a defund [U.S. Immigration and Customs Enforcement] by memo, by memorandum, that was sent out by David Pekoske on Jan. 20, 2021,” Sheriff A.J. Louderback of Jackson County, Texas, told Tucker Carlson on Fox News’ Monday night segment of “Tucker Carlson Tonight.”

TRENDING: Dennis Prager: Instead of Following Science on COVID, We Followed Scientists – And They Led Us Off a Cliff

Louderback said the memo was “particularly devastating” — not just for the state of Texas, but for America as a whole. He added that it sends a powerful and unfortunate message to people looking to illegally enter the country.

Louderback is absolutely correct. According to a Monday Fox News report, Biden will prohibit ICE from deporting illegal immigrants when they commit certain crimes.

“ICE would cease to pursue deportations of convicted drug criminals, DUI drivers, low-level assaulters, fraudsters and thieves, according to a memo from acting director Tae Johnson obtained earlier by the Washington Post,” the outlet said.

That statement should concern any American citizen who cares about the safety of our country.

First of all, entering the country illegally is a crime. If illegal immigrants then choose to commit another crime, they will have a criminal record with multiple offenses and present a danger to actual American citizens. Yet, according to Biden, America is not allowed to ensure its safety by deporting those who enter illegally. That shows complete and utter disregard for American citizens.

Meanwhile, the establishment media is attempting to keep the truth from the public. Louderback suggested that most Americans do not understand the severity of this memo.

When Carlson asked what the consequences of such an order would be, Louderback responded that he expects “irreparable harm.”

“We have nullification of the law here going on … we created a situation here which is unthinkable for the public,” he said. “The public has no idea the strength of a memorandum that’s been filed here in the United States by this administration.”

In addition to being given protection from deportations, illegal immigrants are being allowed to enter the country without providing a negative test for the coronavirus.

“Louderback suggested illegals are not being tested for COVID-19 before being released in the U.S. ‘in the haste to open the border’ and suggested the policy would lead to people getting ‘hurt and killed,’” according to the Daily Caller.

Indeed, this puts Americans at risk of contracting the virus from people who should not even be in the country. Biden chastised Trump for supposedly not protecting our citizens from the virus, but now he is promoting practices that actively put them at risk.

This practice is extremely hypocritical. We have been told that this virus is so dangerous that we cannot go to church, out to dinner or even to the funerals of our loved ones.

Yet when it comes to mass unlawful entry into our country, COVID-19 is apparently no concern at all.

Since being elected president, Biden has shown that he will prioritize anything and everything over American citizens.

From destroying jobs under the guise of climate change to allowing criminals to enter and remain in the country, Biden has revealed how little he truly cares about the country he is supposed to be running.