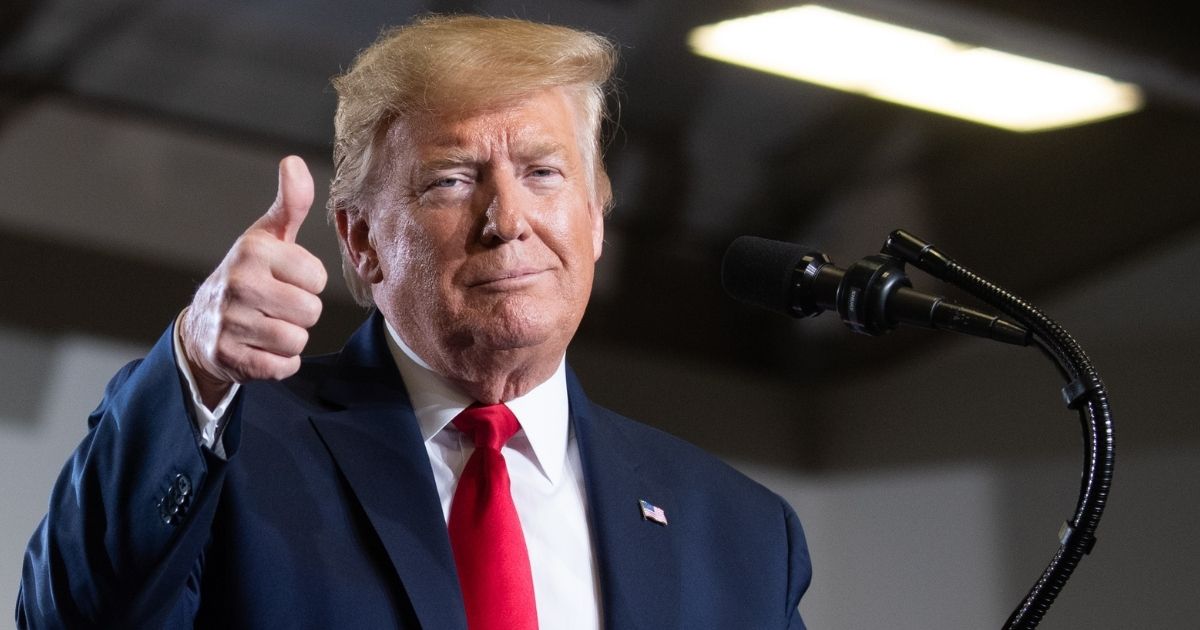 The Trump presidency may be stumbling to an inauspicious end, but as we look back at its impact on the nation, we have to recognize that Trump exceeded expectations on several important fronts.

I say that because, when Trump sought the 2016 Republican nomination, there was plenty of reason to doubt his commitment to conservative governing ideas.

He had no real track record advocating for such policies, and he ran more as a populist than a small-government, free-market conservative. It was only a few years earlier that Trump had contributed money to Democratic candidates – including the Clintons – and it seemed the only real consistency to Trump’s behavior concerned the personal best interests of Donald Trump.

But once in office, Trump was surrounded by conservative advisors and Cabinet members, and a Republican-controlled Congress that was prepared to enact conservative policy initiatives.

They did not do everything we might have wanted. They failed to repeal Obamacare and they failed to get control over federal spending. These were major disappointments that reverberate to this day and redound to the detriment of the nation.

TRENDING: Hundreds of Publisher Employees Working to Block Trump from Yet Another Platform

Yet on certain fronts, Trump triumphed, and on this final full day of his presidency, it’s worth recognizing those successes and what they’ve meant for the country and the world.

This was so much more than just a “tax cut for the rich” as Democrats and the media wanted people to think.

The act cut every marginal rate across the board and doubled the personal exemption. That meant every taxpayer was paying a lower rate on a lower base of taxable income.

Do you think these are the greatest accomplishments of the Trump administration?

But the most important element of the act was the reduction in the corporate tax rate from 35 percent to 21 percent.

That freed up billions in capital that businesses could reallocate to more productive pursuits than Washington politicians would have, and it helped drive nearly 3 percent GDP growth in 2018, to go with an unemployment rate that dropped to an astonishingly low 3.5 percent before the COVID lockdowns ruined everything.

Trump’s approach to the pandemic was better on policy action than it was on rhetoric. He often sounded dismissive of the seriousness of the problem, which had the regrettable effect of prompting his biggest fans to take a cavalier approach that probably made the situation worse.

But the most important thing Trump did was commit full-bore to the development of vaccines, and on that score he succeeded well beyond what the vaunted scientists thought was possible.

RELATED: Cal Thomas: Trump Can Come Back for 2024, But It Will Require 1 Very Painful Decision

The federal government’s role was twofold – committing upfront to a large-scale purchase of doses and clearing the way to speed up the regulatory approval process. The pharmaceutical companies did the rest, and that’s how it should work.

Rather than develop the vaccine itself, the government eliminated hurdles and ensured market reward, while the private sector found the actual solution to the problem.

The rollout has been slower and clunkier than everyone hoped for, but let’s not lose perspective. The fact that we actually have a vaccine that people are receiving – less than a year after the start of the pandemic – is nothing short of mind-blowing.

Remember when we were told that moving the U.S. embassy in Israel from Tel Aviv to Jerusalem would “inflame the Arab street”?

Remember when we were told that Jared Kushner was a poseur, and that involving him in Middle East peace talks would be a joke and a disaster?

The joke’s on the people who said that. Israel has now established diplomatic relations with Morocco, Bahrain, Sudan and the United Arab Emirates. Others in the region are discussing following suit, including Saudi Arabia.

How did the Trump administration help bring this about? Mainly in two ways.

First, it unabashedly backed Israel in its right to defend itself against Hamas/Palestinian terror attacks, including its right to build settlements. This tremendously boosted Israel’s geopolitical standing and showed other regional nations it was not in their interest to maintain hostilities.

Second, the Trump administration effectively marginalized Iran and showed other regional nations they are better off aligning with Israel to serve as a check on Iran’s ambitions.

This brings the Middle East region closer to peace than it’s been in a long time, and we can only pray the Biden administration won’t squander the progress by resuming Obama-era hostility toward Israel and appeasement of Iran.

Refocusing the Federal Judiciary on the Constitution

The left loves to run to judges to accomplish what it can’t accomplish through the democratic process.

It’s hard to elect people who are willing to impose the agenda of Nancy Pelosi and AOC. But if you can find a federal judge willing to order such policies via judicial fiat – even though the judge has to exceed his or her authority to do so – you can get around the messiness of democracy and simply have what you want.

The Supreme Court is a crucial check against this tactic, but so are constitutionalist judges at the district and appellate levels.

Trump’s judicial appointments, combined with Mitch McConnell’s expert work to get them confirmed, has infused the federal judiciary with young talent that understands the Constitution’s intent to limit government in favor of individual liberties – and not the other way around.

Remember the days when we used to lament that, in order to get our hands on oil, we had to rely on hostile regimes that don’t like us very much?

This was never because America didn’t have oil resources. It was because we had governments that refused to go get them. Trump changed that, opening up federally owned land to oil leases, canceling bans on offshore drilling and opening up Alaska’s Arctic National Wildlife Refuge to drilling.

Trump’s actions have helped make the U.S. a net exporter of energy products for the first time in our history. We no longer sit around and hope the market will be favorable to us. Now we play a major role in setting the market.

Most people expect Biden will reinstitute the Obama-era ban on oil leases on federal lands. That would be a gigantic mistake.

But for now, Trump’s policies are bringing significant benefits to the United States.

Ending the Legal and Regulatory Assault on Business

The power to investigate is the power to destroy, and Democratic administrations have mastered the dark art of harassing the business sector by launching thinly premised criminal investigations and by sending regulatory attack dogs to gum up the works of industry.

Trump mostly backed off the legal assault and discarded scores of regulations that allowed businesses to operate more affordably and efficiently.

These are not the only worthwhile accomplishments of the Trump presidency, but to my mind, these are the six most worthy of being mentioned on this, his final full day in office.

It will be a shame if these policies are reversed because Trump lacked the political acumen to win a second term. But if you want to judge the Trump presidency solely on the impacts of his policies, these are the most positive facts in his favor.