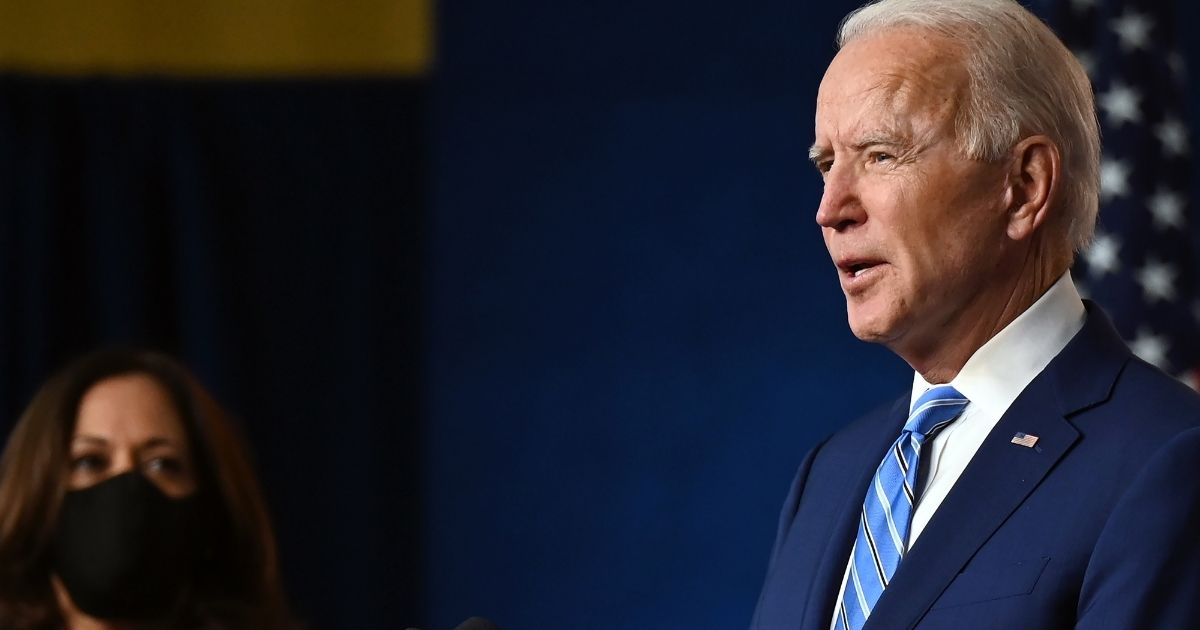 So far, the best news that has come out of the current electoral uncertainty is that violent left-wing extremists have not been able to ravage cities as they still don’t know whether or not they have an excuse to loot shops and steal televisions.

Like many, I have endured sleepless nights following each tweet with hopes that it may offer something definite, but the only definite that remains for us is death — and taxes.

Moreover, America has once again made it clear that it has a mind of its own when it comes to voting, refusing to follow orders from CNN, The New York Times, the Hollywood billionaires and the Jack Dorsey clones.

Edmund Burke wrote that “the people never give up their liberties but under some delusion.” And it seems that the delusion has not worked all that well.

Let’s take a look. Is easier than it appears. Even someone like Joe Biden could understand it, if his advisers drew him a picture with enough color and very large print.

When you devote yourself to the land, to a small farm off the beaten path, when you own a small business in your town, when you have spent decades putting your heart and soul into a tough industry, all while fighting against a pandemic, against crises, against the things of life, and against the interfering ups and downs of the government through the years and through the presidencies, the last thing you want is for an idiot to come flying in on a handful of dollars, leaning on the platform of liberal press caviar, expecting to humiliate you for your vote.

Biden has been in politics since 1973, but ordinary citizens have to work at something to earn a living.

That gives them some perspective on events and the ability to spot fakers early.

At least the sleepless nights have served to confirm that there is a growing gap between the elites and the street, especially now that unknown garage programmers, weird teenagers without friends or a social life, have become millionaires overnight, settled in Silicon Valley, and set themselves up as arbiters of public opinion, without even submitting to the positioning and editorial control that is required of the media.

Do you think Kamala Harris will ever be president of the United States?

That gap becomes vast when elites led by wealthy leftists spend hours and millions of dollars berating citizens about climate change, gender equality, and other theories about golden unicorns while neglecting their most basic needs, disregarding their family economies, and laughing at their fundamental rights, including freedom of thought, the pursuit of happiness, and the right to question whether being born male or female is a stupid and outdated convention of fascist scientists from the centuries before the arrival of the messiah, Kamala Harris.

What the November 3rd election results are reflecting is that gap between the wishes of the elites and the true feelings of the citizens, because we have already seen that at least half of them have not sold out to the game of overthrowing Trump at any price.

There are very few things that need to be done at any cost. And one of them is highly inadvisable: betraying your thriving economy to socialist ruin just to have any president other than Donald Trump.

Even so, the worst electoral fraud made by Democrats is not found in the counting of votes, but rather in having introduced Biden, who is unwell and not all there, as a decoy in order to secretly hand the presidency over to Kamala Harris and the extreme left.

Listen to him for a moment: C’mon man!

Nobody really knows what he’s saying when he speaks.

In the real world, at this stage of the party, Biden couldn’t even be president of a social club for retirees.

And Harris alone would not have won the Clintons’ vote, and they’re more deceptive than the coronavirus data provided by the Chinese regime.

In short, everything has been a lie so that a woman on the extreme left, who for months was despised by even her own party, can seize power without having to go directly through an open-ended electoral process.

This strategy of the Democratic Party may not be entirely illegal, but it is without a doubt highly immoral.

What’s more, someone should have told Joe Biden, who’s going to be terribly upset when he finds out that, with or without a court battle, he will never be president, and will not be able to sniff the hair of interns in the Oval Office.

Or at least, he won’t be able to without permission from Kamala Harris who, at the closing of this article, doesn’t seem very supportive.