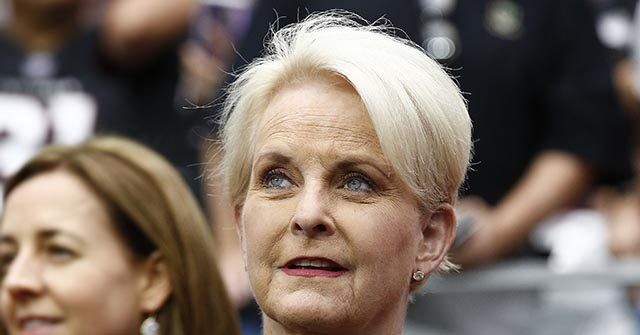 Cindy McCain, an advisory board member on former Vice President Joe Biden’s presidential transition team, said “there is a role for Republicans” in a Biden administration when asked in an interview on The View on Monday if she would consider a Biden cabinet position.

Guest host Ana Navarro asked McCain, “Do you think there’s still room in the Republican Party for people like you, for people like me? And I also want to know if you would consider a role in the Biden administration because Secretary McCain sounds pretty damn good to me.”

McCain, wife of the late Sen. John McCain (R-AZ), did not directly respond to the latter half of Navarro’s question but did say she believes Republicans could be included in Biden’s administration should the former vice president be formally elected president:

.@cindymccain, a member of Joe Biden’s presidential transition team, says “this is an administration that’s going to be all-inclusive.”

“There is a role for Republicans in the administration.” https://t.co/f8u2wbJuik pic.twitter.com/pnw1uvldHk

McCain joined Biden’s advisory board in September a week after endorsing the Democrat candidate, saying at the time of her endorsement, “There’s only one candidate in this race who stands up for our values as a nation, and that is Joe Biden.”

McCain has also cited her late husband’s friendship with Biden as one reason she has supported his candidacy.

President Donald Trump, a longtime critic of John McCain, said when Cindy McCain announced her endorsement that he hardly knew Cindy McCain but that her husband had been responsible for poor decisions on “endless wars” and Veterans Affairs. Trump has also chided the late senator for killing the repeal of the Affordable Care Act after John McCain unexpectedly joined two other Republican senators in voting against the healthcare legislation in 2017, and for contributing to the spread of the Steele dossier.

Cindy McCain in her response to Navarro also lamented that the Republican Party has lost its “core values,” saying, “Our party, on the other hand, I think that what we will see now is probably a bit of a change. Our party was always the party that was the party of inclusion. … We’ve gone so far awry on what our values are as Republicans.”

She concluded with a subtle jab at the president, “I do think there’s room in the party for everybody. There should be room in the party. We just have to stick it out, I think, until we get better leadership.”

Man Receives Sentence After He Plotted to Release Radiological Materials in...