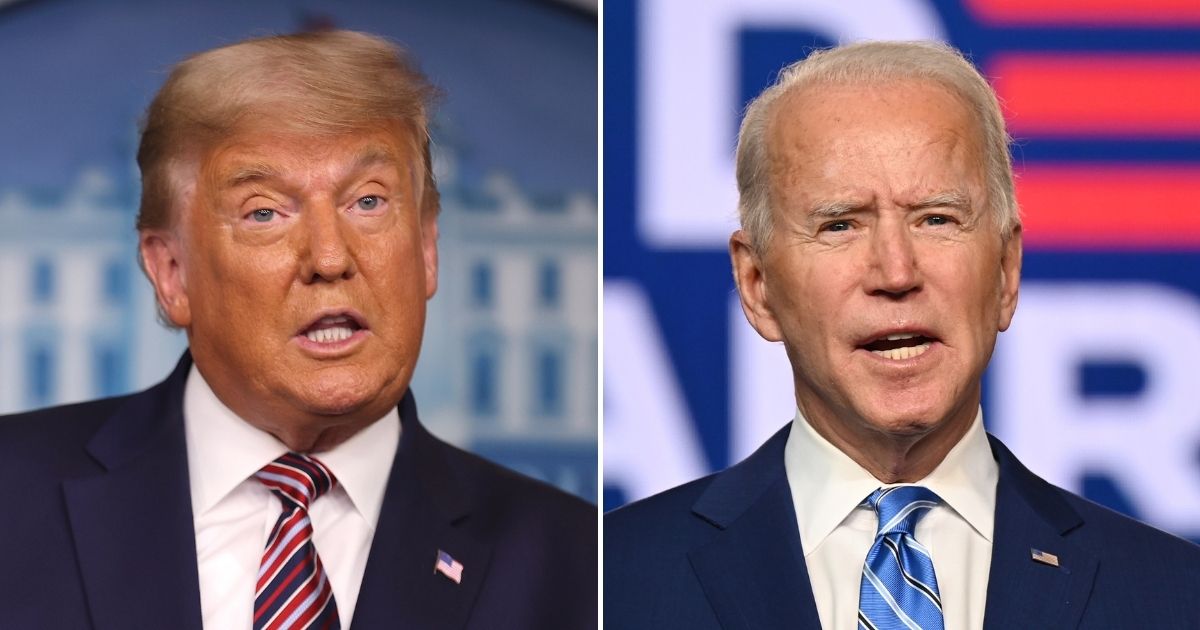 It’s two days after the presidential election, and we still don’t have a winner.

To win, one of the candidates must receive 270 electoral votes. With several states still counting ballots, however, it could still be a while before either President Donald Trump or former Vice President Joe Biden reaches that threshold.

In fact, it’s even possible that each candidate finishes the race with 269 electoral votes each – meaning neither finishes with enough to win the election outright.

Though unlikely, if there’s a tie in the Electoral College, the selections of our next president and vice president would be made by Congress.

So, how could a tie come about?

Right now, according to The New York Times, Biden has 253 electoral votes while Trump is sitting at 214.

The states still undecided are Pennsylvania with 20 electoral votes; North Carolina with 15; Georgia with 16; Arizona with 11; Nevada with 6; and Alaska with 3.

While most outlets have called Arizona for Biden, votes there are still being tallied, and there’s a real chance Arizona could still flip to Trump.

Do you think the election will end up with a tie in the Electoral College?

We could end up at 269-269, then, if Trump ultimately wins Pennsylvania, North Carolina, Nevada, Arizona and Alaska, and Biden takes Georgia.

Again, this scenario is unlikely, but still mathematically possible.

In the Senate, each of the 100 U.S. Senators would vote individually for a vice president. Republicans currently hold 53 Senate seats (and will likely keep control of the Senate), and Vice President Mike Pence would most likely be re-elected.

Unlike the Senate, however, members of the House of Representatives would not vote individually for president — rather, each state would vote as a unit, with each state getting one vote.

Of course, this isn’t guaranteed, as states may not vote along party lines.

According to the Boston Globe, there’s one last complicated piece of the puzzle to settle an Electoral College tie.

“To make matters more complex, the vote must be held by the next Congress, which won’t be sworn in until January. That means that the ‘balance of power’ in each state’s delegation isn’t even fully clear yet, because not all House races have been decided,” the Globe explains.

While a tie in the Electoral College is unlikely, and would be a very unusual occurrence, it’s interesting to consider how things would play out if a tie were to occur.

Defund the Police Movement: If You Like Your Cops, You Can Keep Them

Defund the Police Movement: If You Like Your Cops, You Can...