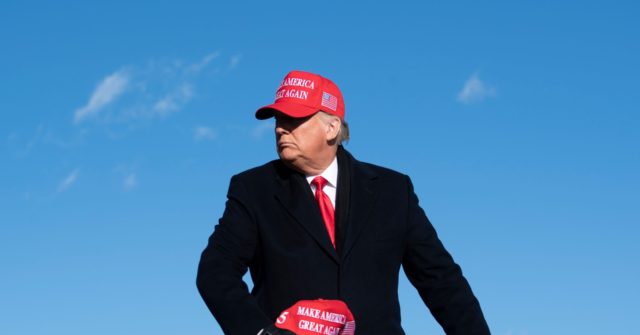 For nearly two years, some Democrats have proposed packing the Court — that is, expanding the number of seats, and filling them with liberal justices — to overcome the current nominal conservative majority.

Biden criticized the idea in 2019, but then, after the death of Supreme Court Justice Ruth Bader Ginsburg, he would not answer questions about his position on the issue, telling voters that they would find out his position after the election. Biden likewise said that he Ould not provide a list of potential Supreme Court nominees, as Trump did in both 2016 and 2020.

At one point, Biden even agreed that voters did not “deserve” to know his position on court-packing. Later, he told an ABC News town hall that he would provide an answer before Election Day. Instead, he said he would set up a “bipartisan” group to study the issue for 180 days, then make a decision in the first year of his presidency, if he were to win the election.

After one of his advisers publicly supported term limits for Supreme Court justices, Biden said he did not — but then endorsed the same proposal for term limits that his adviser had backed.

In Avoca, Pennsylvania — near Biden’s childhood hometown of Scranton — Trump told thousands of supporters at a rally:

Hey, whatever happened to packing the Court, you know? This guy’s running, he never gave an answer. Maybe he’s smarter than we think. Whatever happened? He never gave the answer. He never said — he said he was going to tell us. He never — we’re running, you know, people are casting votes. You cannot elect somebody that is going to pack the Court, and he’s going to pack the Court. And he didn’t give us a list of the radical left judges he wants to put on, either. So he got away with it, see? he got away with it. He just did because the press never pressed him, right? See, there’s a case: if that were me, I could never, ever get away — he got away with it, because the fake news wouldn’t press it. He never talked about packing the Court. And we’re voting right now. He shouldn’t get a vote unless he tells you because he will destroy this country. That’s a big thing, packing the Court. Can you imagine? But they never picked it up.

The Supreme Court has been at nine justices for a century and-a-half. The last president to suggest packing the Court, Franklin Delano Roosevelt, faced opposition within his own Democratic Party.