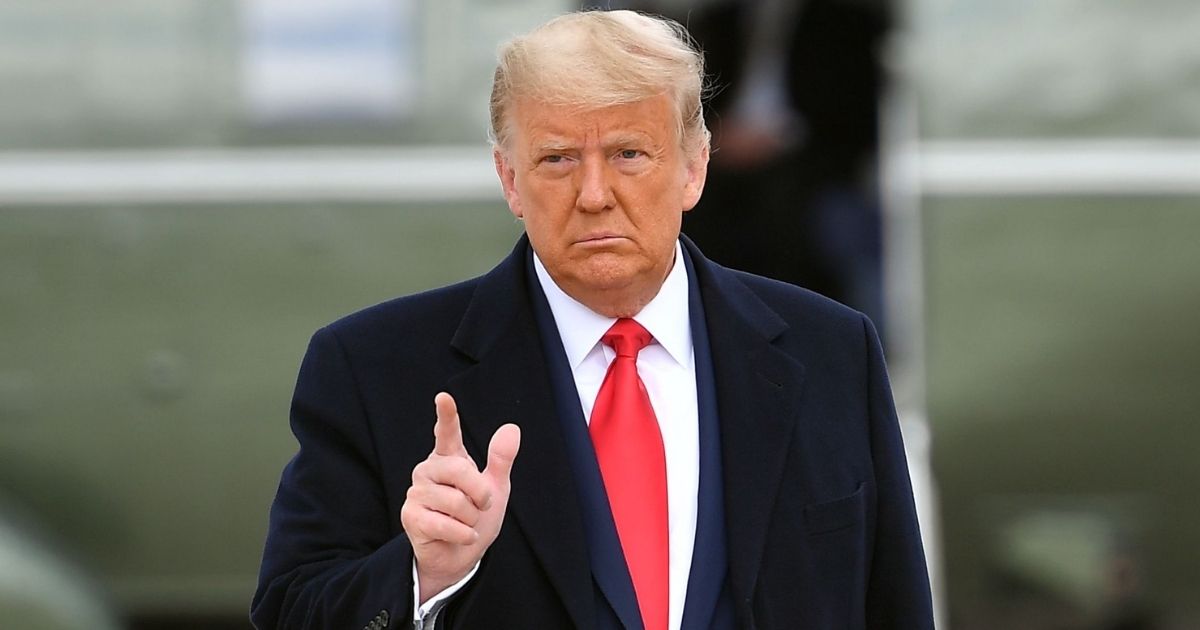 The Trump campaign has filed a lawsuit against Michigan Secretary of State Jocelyn Benson and Wayne County officials alleging that credentialed election challengers could not view the vote counting and challenges against ballots were ignored, thus ineligible ballots were counted.

The complaint was filed Wednesday and cited dozens of sworn affidavits from Republican challengers who say they were treated unfavorably compared with Democrats in Wayne County.

“Unfortunately, Wayne County did not conduct (and is not conducting) this election as required by Michigan law,” the complaint reads.

The affidavits include ineligible ballots, backdated ballots and ballots where a person’s birthdate was recorded as Jan. 1, 1900, according to WWMT-TV in Kalamazoo.

“As we have said from the beginning, our campaign will continue to ensure all Americans can trust in a free and fair election, and this lawsuit is a noteworthy step toward achieving that goal,” Trump campaign general counsel Matt Morgan told WWMT.

The campaign said Republican challengers’ view of the counting process “was physically and intentionally blocked by election officials” but Democratic challengers were able to come closer to get a better view.

“Wayne County excluded certified challengers from meaningfully observing the conduct of the election,” the complaint reads.

“This allowed a substantial number of ineligible ballots to be counted.”

Challengers said they were also physically pushed away to a distance where they couldn’t see what was going on and some were not allowed in the building, Fox News reported.

One even said that an election worker told her “too bad” when she made a complaint.

Election officials have argued that at least 134 Republican challengers observed the ballot counting, but they acknowledged others were denied access, purportedly because of COVID-19 capacity restrictions, according to WWMT.

The complaint alleges that if a voter was not in the poll book, election workers would create a new record and use Jan. 1, 1900, as the voter’s birth date.

Do you think there is evidence of voter fraud in Michigan?

RELATED: Lawsuit: Out-of-State Vehicles Brought Tens of Thousands of Unsealed Ballots to Michigan, All for Dems

Benson, a Democrat, has denied the allegations via a spokesman.

“This is the same kind of irresponsible false rhetoric and misinformation that we saw throughout the election,” Michigan Department of State spokesman Jake Rollow said in a statement.

“It is a press release masquerading as a legal claim designed to promote false claims aimed at eroding the public’s confidence in Michigan elections. But it does not change the truth: Michigan’s elections were conducted fairly, securely, transparently, and the results are an accurate reflection of the will of the people.”

Although the Trump campaign’s complaint accounts for dozens of ballots, it would not be enough to alter the result of the state’s election on its own; Democrat Joe Biden currently leads in Michigan by more than 100,000 votes.

The lawsuit asks the court to order Benson “to not certify the election results until they have verified and confirmed that all ballots that were tabulated and included in the final reported election results were cast in compliance with the provisions of the Michigan Election Code.”

“America Is Great Because We Are Free”

“America Is Great Because We Are Free”