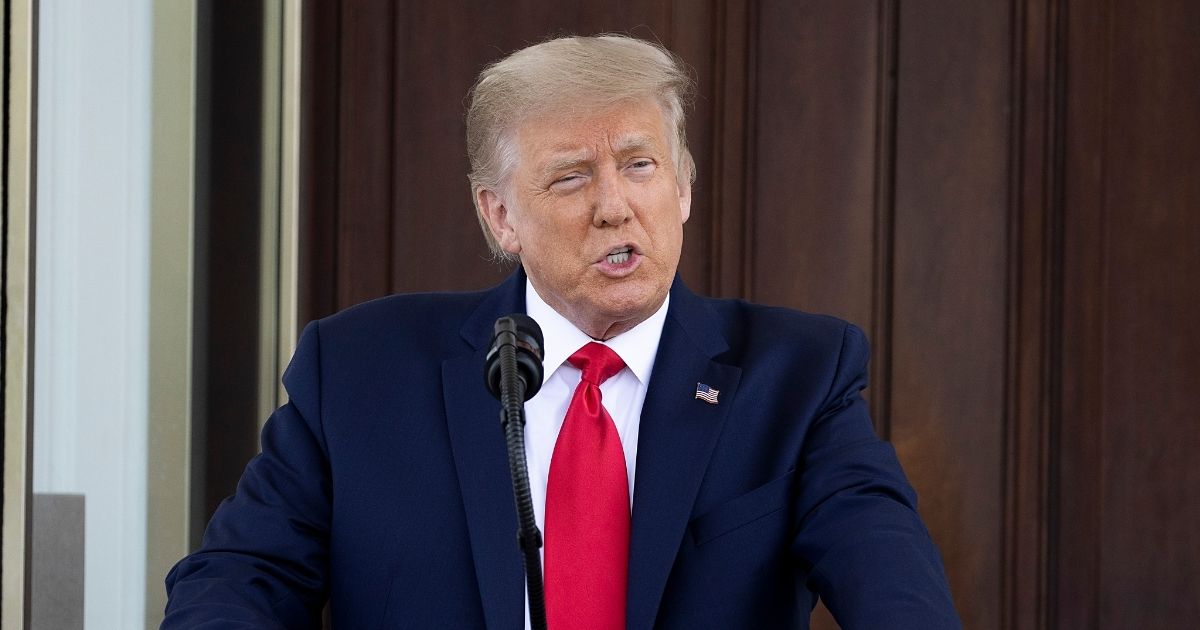 Tasos Katopodis / Getty ImagesPresident Donald Trump’s presidential campaign is continuing its legal battles over disputed areas in Tuesday’s election. On Saturday, the campaign, the Republican National Committee and the Arizona Republican Party filed a lawsuit against Maricopa County, Arizona, and its elections officials over “potentially thousands” of votes that were spoiled because of poor instructions from poll workers. Trump is pictured here in a file photo from September. (Tasos Katopodis / Getty Images)

President Donald Trump’s campaign is alleging that some Arizona voters who voted in person on Election Day had their ballots rejected.

The campaign, the Republican National Committee and the Arizona Republican Party filed a lawsuit Saturday claiming misconduct on the part of Maricopa County and its election workers.

The lawsuit said that voters who had issues with their ballots when they submitted them would end up having their votes wiped out because elections workers gave them the wrong instructions.

This matters, the suit said, because “the adjudication and tabulation of these ballots will prove determinative of the outcome of the election for President of the United States in Arizona and/or other contested offices in Maricopa County.”

Arizona was among the states where the Trump campaign has been disputing the results of the presidential election.

On Saturday, multiple media organizations called Democratic candidate Joe Biden the winner of the content. However, Trump has not yet conceded and has multiple legal challenges pending in several states.

The lawsuit said some Arizona voters were effectively disenfranchised by their treatment at the polls, which took place after they put their ballots in machines for scanning.

“Numerous voters were alerted by these devices to a facial irregularity in their ballot—frequently an ostensible ‘overvote’—but were induced by poll workers to override the tabulator’s rejection of the ballot in the good faith belief that their vote would be duly registered and tabulated. In actuality, overriding the electronic tabulator’s alert automatically disqualifies the putative ‘overvotes’ without additional review or adjudication,” the lawsuit said.

The lawsuit stated that Maricopa County’s actions were in contravention of state law.

Do you think the Trump campaign’s legal fights over the election will succeed?

“Arizona law requires that putative overvotes be subjected to further review in an effort to discern the actual intent of the voter. While this safeguard was afforded to putative overvotes cast on early ballots and on Election Day ballots that poll workers properly segregated in a separate repository, potentially thousands of voters across Maricopa County have been disenfranchised by systematic improper tabulator overrides,” the lawsuit stated.

“Poll workers struggled to operate the new voting machines in Maricopa County, and improperly pressed and told voters to press a green button to override significant errors,” said Matt Morgan, Trump 2020 campaign general counsel, according to Fox News. “The result is that the voting machines disregarded votes cast by voters in person on Election Day in Maricopa County.”

The lawsuit included an affidavit from voter Mia Barcello, who said she voted in Anthem, Arizona. She said that the ballot was rejected twice.

“I was then instructed that I should depress the green ‘Cast’ button to override the problem. The pollworkers asked if this was okay with me and did not explain to me that I needed to correct something on my ballot in order to avoid voting for two candidates,” she wrote.

“I believe my vote for Donald J. Trump and Mike Pence was not counted due to this action,” she wrote.

The lawsuit also included a statement from Colin T. Willoughby, who was an observer at a Phoenix polling place.

In his statement, he said there were roughly 80 instances when poll workers provided what were essentially useless explanations to voters concerning similar problems to what Barcelllo expressed.

He said that in one case, the poll workers, and not the voter, pushed the green button, leaving the voter upset.

“The pollworker told this voter nothing was wrong,” Willoughby said in his statement. “The voter was not satisfied by this assurance and left.”

Bidens Get Locked Out of White House After Firing of Trump...