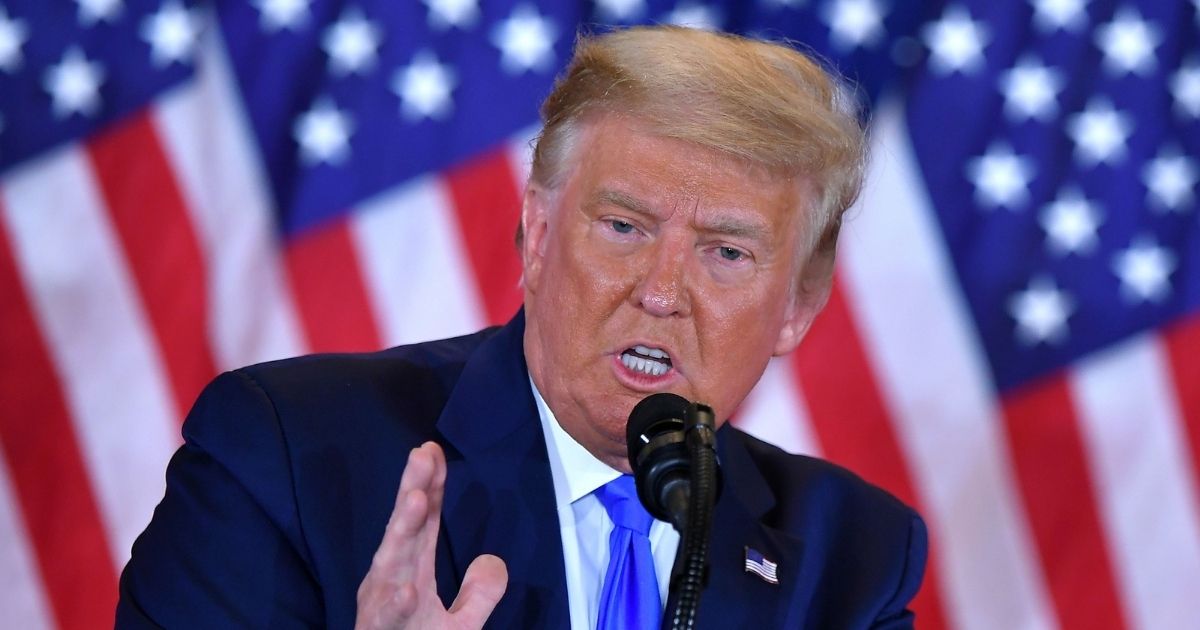 President Donald Trump’s re-election campaign released a statement that the election wasn’t over after Fox News and The Associated Press called Arizona for Joe Biden, and Decision Desk HQ announced Biden as the 46th president.

“This election is not over. The false projection of Joe Biden as the winner is based on results in four states that are far from final,” Matt Morgan, Trump’s 2020 campaign general counsel, said in a statement.

“Georgia is headed for a recount, where we are confident we will find ballots improperly harvested, and where President Trump will ultimately prevail.”

Morgan added that there were “irregularities” in Pennsylvania because the campaign’s volunteer legal observers were prevented from accessing vote-counting locations.

“We prevailed in court on our challenge, but were deprived of valuable time and denied the transparency we are entitled to under state law,” he wrote.

“Finally, the President is on course to win Arizona outright, despite the irresponsible and erroneous ‘calling’ of the state for Biden by Fox News and the Associated Press,” he wrote.

“Biden is relying on these states for his phony claim on the White House, but once the election is final, President Trump will be re-elected.”

The Trump campaign this morning: pic.twitter.com/mLrdGLu3GT

Decision Desk HQ on Friday called Pennsylvania for Biden and tweeted that the former vice president “has been elected the 46th President of the United States of America.”

Decision Desk HQ projects that @JoeBiden has won Pennsylvania and its 20 electoral college votes for a total of 273.

Joe Biden has been elected the 46th President of the United States of America.

Trump’s campaign has mounted legal challenges in several states about the integrity of the voting process.

In Pennsylvania, the campaign filed a lawsuit alleging that observers were not allowed to “meaningfully” watch the vote count, ABC News reported.

The campaign’s request to observe poll workers as they process the remaining mail-in ballots was granted on Thursday.

Another lawsuit in Pennsylvania was filed alleging that Pennsylvania Secretary of State Kathy Boockvar illegally extended a deadline for mail-in voters to supply missing ID requirements.

The Trump campaign filed a lawsuit in Georgia to order Chatham County to “compile, store and account for” all ballots received after the state’s deadline of 7 p.m. on Election Day. That lawsuit was dismissed Thursday morning.

Do you think there is evidence of voter fraud to be found?

A Michigan judge also denied the Trump campaign’s plea to stop counting votes until campaign observers were allowed to watch the ballots being opened and counted.

The Trump campaign announced it planned to file a lawsuit in Nevada alleging mail-in ballot voter fraud, but it had not been filed as of Friday morning.

There has been no evidence of voter fraud at this time, but Trump maintains that he will prevail and be re-elected.

“If you count the votes that came in late, we’re looking at them very strongly.”