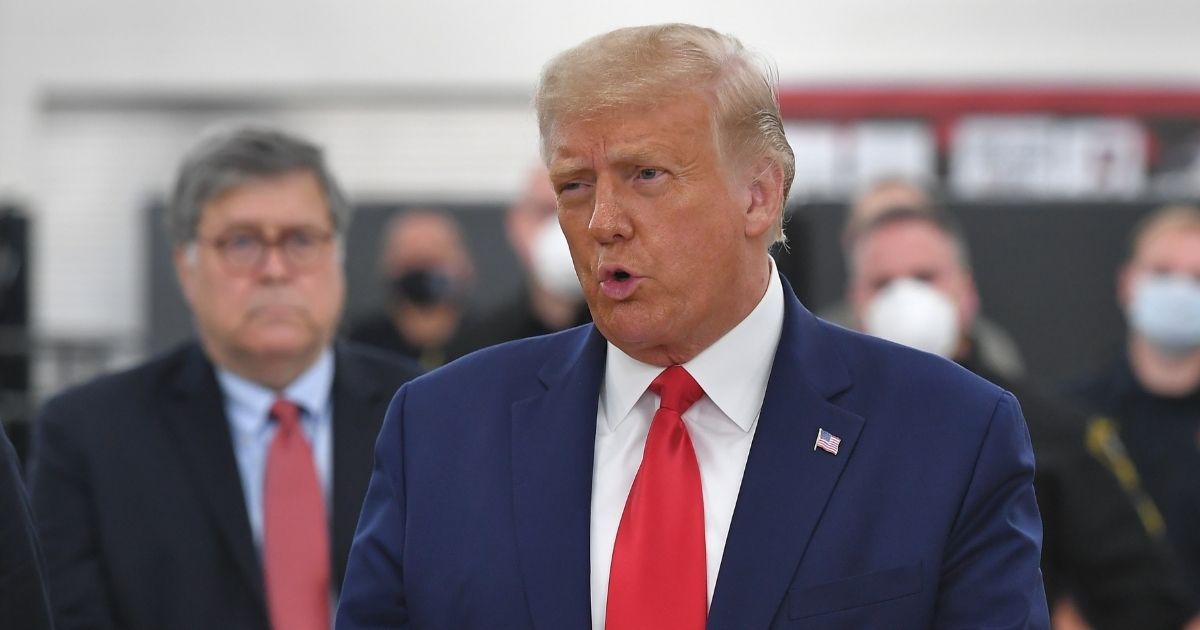 Declaring premature victory is bad enough. Declaring that the other side has accepted defeat when it hasn’t is even worse.

But, according to President Donald Trump’s campaign attorneys, that’s exactly what The Washington Post was doing Sunday when the prominent mainstream media outlet published a report claiming the Trump campaign had dropped a critical part of its lawsuit over the results of the Nov. 6 election in Pennsylvania.

“This is typical 2020, and don’t believe anything The Washington Post says. Read the complaint for yourself,” Trump campaign attorney Jenna Ellis told “Breitbart News Sunday” on Sirius XM radio. “This is fake news.”

The interview is below. The whole thing is worth listening to, since part of it deals with allegations about the apparently faulty software that changed Trump votes into Biden votes in Michigan, and was used throughout the country, but the election lawsuit segment starts about the six-minute mark.

Ellis was addressing a report in The Washington Post headlined “Trump campaign jettisons major parts of its legal challenge against Pennsylvania’s election results.”

The article’s second paragraph stated that Trump’s attorneys had watered down their lawsuit regarding vote counts in Pennsylvania to remove “allegations that election officials violated the Trump campaign’s constitutional rights by limiting the ability of their observers to watch votes being counted.”

If that were true, it would mean that Trump’s attorneys had dropped an argument that could affect the validity of almost 700,000 Keystone State votes, enough to affect the outcome of the contest where the difference between Trump and Democratic nominee Joe Biden was less than 100,000 votes, according to the Pennsylvania secretary of state’s office.

Do you think Trump's legal team can still pull out the 2020 election?

The problem, Ellis told Breitbart, is that it’s not true.

“We have not dropped any arguments whatsoever,” she said.

The crucial claim in the lawsuit is that Republican election observers were prevented from watching votes being counted in Philadelphia and in Allegheny County, where Pittsburgh is located.

“Without watchers and representatives, the integrity of the vote in elections is threatened and the constitutional right to free and fair public elections under the United States Constitution is denied,” the suit states in its 39th paragraph.

Much later, in the 142nd paragraph, it puts that into context.

“It is estimated that 680,770 ballots were processed by the Allegheny and Philadelphia County Boards of Elections when no observation was allowed,” the suit states.

However, as Fox News noted, there was a difference in wording in the amended suit that could be crucial:

“The original complaint included a count of ‘Invalid Enactment of Regulations Affecting Observation and Monitoring of the Election,’ referencing the alleged lack of adequate observation in claiming a violation of the Fourteenth Amendment’s right to due process. The new complaint has that entire section taken out, with no counts listed that reference poll watching or the 680,770 ballots.

“Additionally, the original complaint requested relief that included preventing the certification of election results that included the counting of ballots that “watchers were prevented from observing,” but the amended complaint does not include this or anything resembling that request.”

The lawsuit also claims Democrat-dominated counties treated their mail-in and absentee ballots differently from those in Republican counties.

Republican counties, the lawsuit states, were following state law in rejecting incomplete ballots. There is some dispute about that, according to FactCheck.org, because of a guidance issued by the Pennsylvania secretary of state’s office shortly before the election.

Regardless, as Ellis stated in the Breitbart interview, the Trump campaign is adamant that it is not backing away from what the Post story called “one of its most aggressive claims” that is “a central part of its effort to fend off the certification of the vote in the state.”

And she was just as clear in a tweet that tagged one of the reporters whose byline appeared on the article:

Question, @jonswaine. 🙋🏼‍♀️ Did you actually read the entire amended complaint before running with your fake news anti-Trump headline?

If you didn’t, you’re a terrible reporter.

If you did, you’re a lying activist.

At this point, Democrats and the mainstream media have basically declared the 2020 presidential election over — with their man Biden as the victor.

Considering American presidential elections aren’t decided by the media, but by certified votes in the states and by the Electoral College, that’s declaring victory much too prematurely, the Trump team argues.

But reporting the Trump team as accepting defeat is even worse.

Illegal aliens ‘eating themselves to obesity’ to be released, whistleblower says

FOX News Parts Ways with Judge Napolitano After News of His...