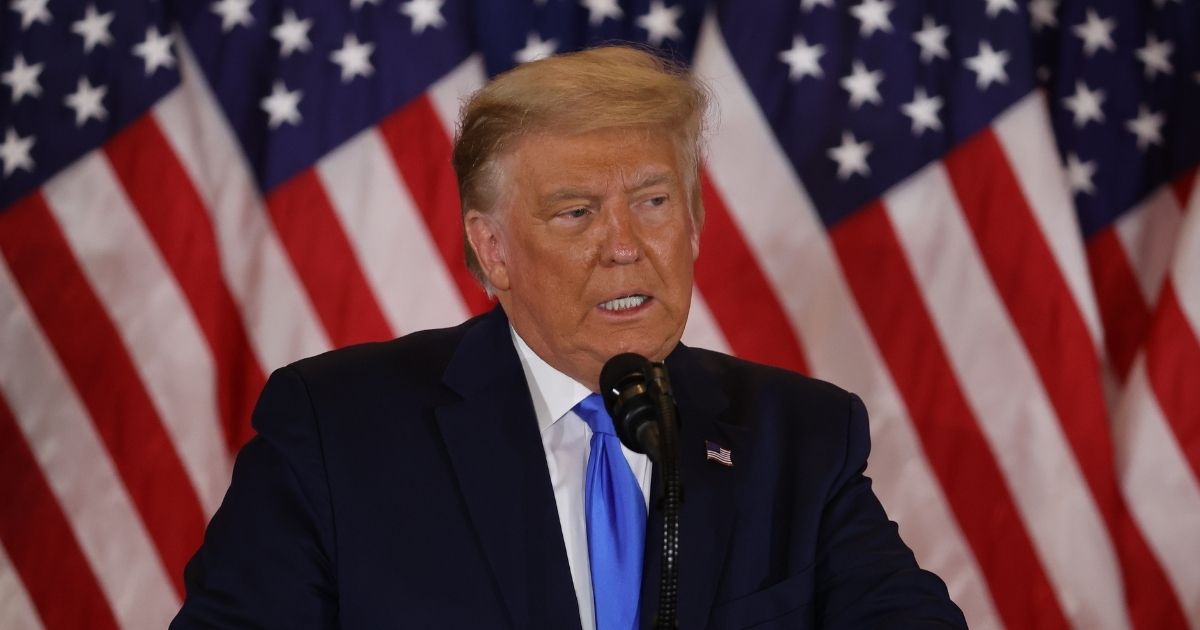 President Donald Trump’s campaign has filed lawsuits in Pennsylvania that represent part of what may be a protracted legal battle over the results of Tuesday’s presidential election.

The new filing demands that Trump’s campaign observers be given better access to the count of mail-in ballots, and seeks to halt the count until that takes place, according to WPVI-TV.

The campaign is also fighting against a Pennsylvania Supreme Court rule that allows ballots received up to three days after the election to still count, according to deputy campaign manager Justin Clark.

Another lawsuit seeks to throw out a rule from Pennsylvania Secretary of State Kathy Boockvar to allows first-time voters to go beyond the voting deadline to supply missing proof of identification, according to Fox News.

Trump on Wednesday said he was winning the state.

We are winning Pennsylvania big, but the PA Secretary of State just announced that there are “Millions of ballots left to be counted.”

…..there was a large number of secretly dumped ballots as has been widely reported!

Our lawyers have asked for “meaningful access”, but what good does that do? The damage has already been done to the integrity of our system, and to the Presidential Election itself. This is what should be discussed!

“This is the most important election of our lifetime, and President Trump made clear our path forward last night: ensure the integrity of this election for the good of the nation. Bad things are happening in Pennsylvania. Democrats are scheming to disenfranchise and dilute Republican votes. President Trump and his team are fighting to put a stop to it,” Clark said in a statement, according to WTXF-TV.

“Pennsylvania’s unhinged, radical left Secretary of State Kathy Boockvar has tried her hardest to bake in a backdoor to victory for Joe Biden with late, illegal ballots in collusion with the partisan state supreme court.”

Do you think President Donald Trump's campaign is right?

RELATED: Prominent Pollster Declares ‘The Polling Profession Is Done' After Another Debacle

“The United States Constitution is clear on this issue: the legislature sets the time, place, and manner of elections in America, not state courts or executive officials,” Clark said.

“As the President has rightly said, the Supreme Court must resolve this crucial contested legal question, so President Trump’s Campaign is moving to intervene in the existing Supreme Court litigation over the Pennsylvania Supreme Court’s unlawful extension of the mail-in ballot receipt deadline,” Clark said.

According to Fox News, Clark said Pennsylvania elections officials are “hiding the ballot counting and processing from our Republican poll observers” by forcing observers to be 25 feet away while watching the process of counting ballots.

“Without our action, Pennsylvanians, and possibly all Americans, may be forced to wait yet another several days for the outcome of the election — all because of the Secretary’s ridiculous eleventh-hour guidance that directly violates the Election Code,” he said.

Rudy Giuliani, Trump’s personal attorney, said that in some Philadelphia locations observers “can be 20 or 30 feet away. Never able to see the ballot itself, never able to see if it was properly postmarked, signed on the outside — all the things that often lead to disqualification of ballots.”

“This is among one of the most anti-democratic things I’ve ever seen or encountered and it’s not just here in Philadelphia, it is going on all over the country,” Giuliani said, according to the New York Post.

“They’re not going to steal this election. This election is decided by the people,” Giuliani said.

Trump said early Wednesday that the U.S. Supreme Court will need to get involved to untangle the results.