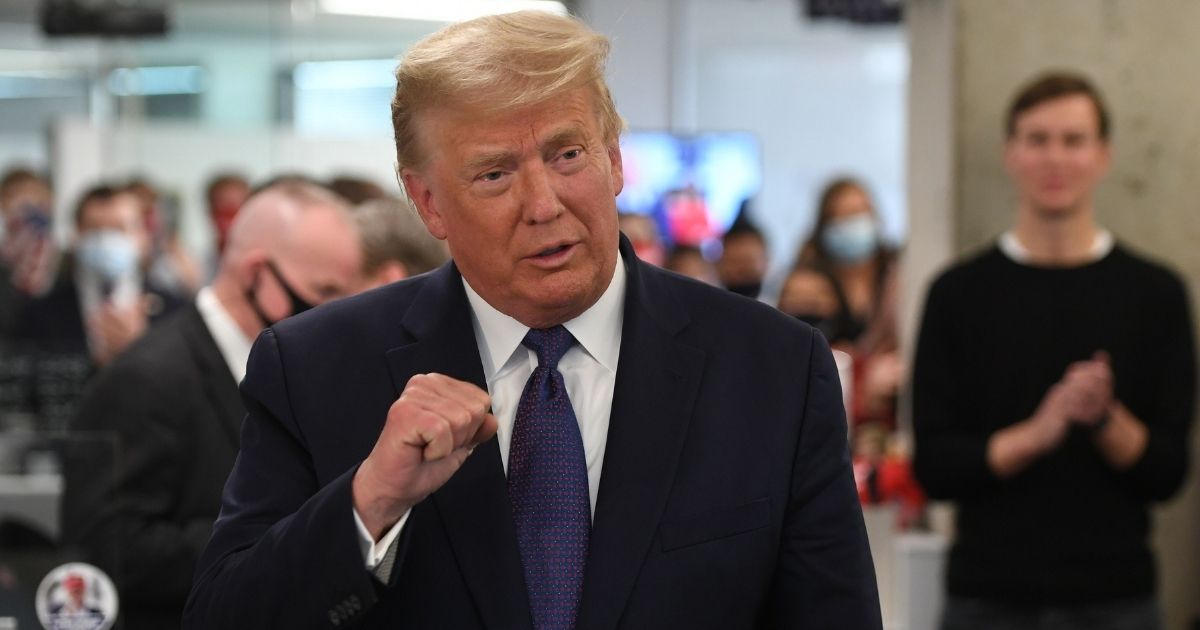 President Donald Trump’s campaign is reportedly “cautiously optimistic” that he will win a second term.

“There is clearly a sense from those at or close to 1600 Pennsylvania Avenue that they are in a good position,” Fox News’ Blake Burman reported.

“One White House official said they flat-out they believe Trump will win, while another expressed some nervous optimism,” the reporter added.

The post to Fox News live updates election blog was made after 11 p.m. Eastern Time as results continue to flow in from around the country.

The only apparent surprise of the evening for the Trump team has been Arizona, which the president carried in 2016.

The main difference this go-around is coming out of Maricopa County, which encompasses Phoenix.

Nonetheless, the rest of the Electoral College map is shaping up much like 2016.

Do you think Trump will win re-election?

Trump looks to have secured convincing wins in the battleground states of Florida and Ohio and is holding strong in Michigan, Wisconsin and Iowa.

I will be making a statement tonight. A big WIN!