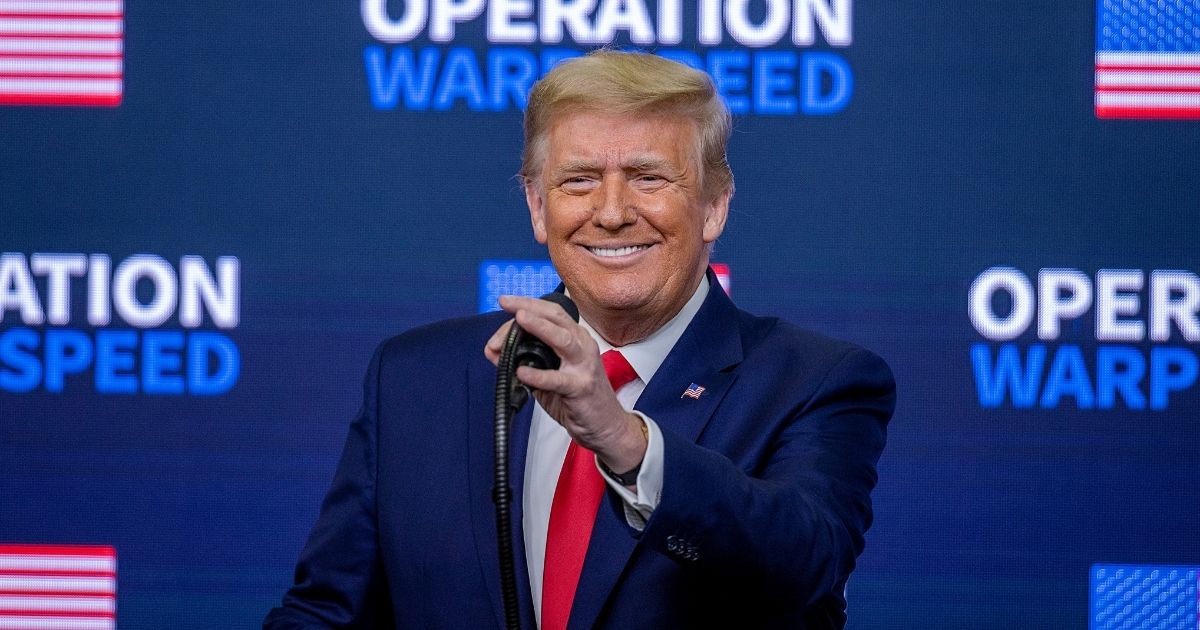 Former President Donald Trump has launched a new website that provides a running commentary in the style of the tweets that riveted Americans throughout Trump’s political campaigns and presidency.

“In a time of silence and lies, a new beacon of freedom arises. A place to speak freely and safely,” reads the text of a video on the site as audio records how Trump was cast out by Twitter and Facebook.

The result? Trump’s followers become the vehicle for spreading his message on social media.

Media Forced to Retract Reporting on Giuliani Connections to Russia

In its reporting about Trump’s revitalized internet presence, Fox News said that the technology for the site “appears to be powered by Campaign Nucleus— the ‘digital ecosystem made for efficiently managing political campaigns and organizations,’ created by his former campaign manager, Brad Parscale.”

Will this get around the Twitter ban on Donald Trump?

The site does not allow followers to engage with the former president.

“This is just a one-way communication. This system allows Trump to communicate with his followers, ” Fox News reported, citing what it called “one source familiar with the space.”

🚨President Trump’s website is a great resource to find his latest statements and highlights from his first term in office, but this is not a new social media platform. We’ll have additional information coming on that front in the very near future.🚨 https://t.co/m9ymmHofmI

Trump Just Dropped a Major Hint About His 2024 Decision

“President Trump’s website is a great resource to find his latest statements and highlights from his first term in office, but this is not a new social media platform,” he said. “We’ll have additional information coming on that front in the very near future.”

The site’s newest posts take on some of Trump’s GOP foes.

“Heartwarming to read new polls on big-shot warmonger Liz Cheney of the great State of Wyoming. She is so low that her only chance would be if vast numbers of people run against her which, hopefully, won’t happen. They never liked her much, but I say she’ll never run in a Wyoming election again!” Trump posted, referring to Republican Rep. Liz Cheney, who has attacked Trump over the Capitol incursion.

Trump also mentioned Republican Sen. Mitt Romney of Utah, who opposed Trump’s candidacy for president and was one of the few GOP voices siding with Democrats in Trump’s impeachment trial.

“So nice to see RINO Mitt Romney booed off the stage at the Utah Republican State Convention. They are among the earliest to have figured this guy out, a stone cold loser!” Trump wrote.

California deviates from CDC; masks stay on until June 15