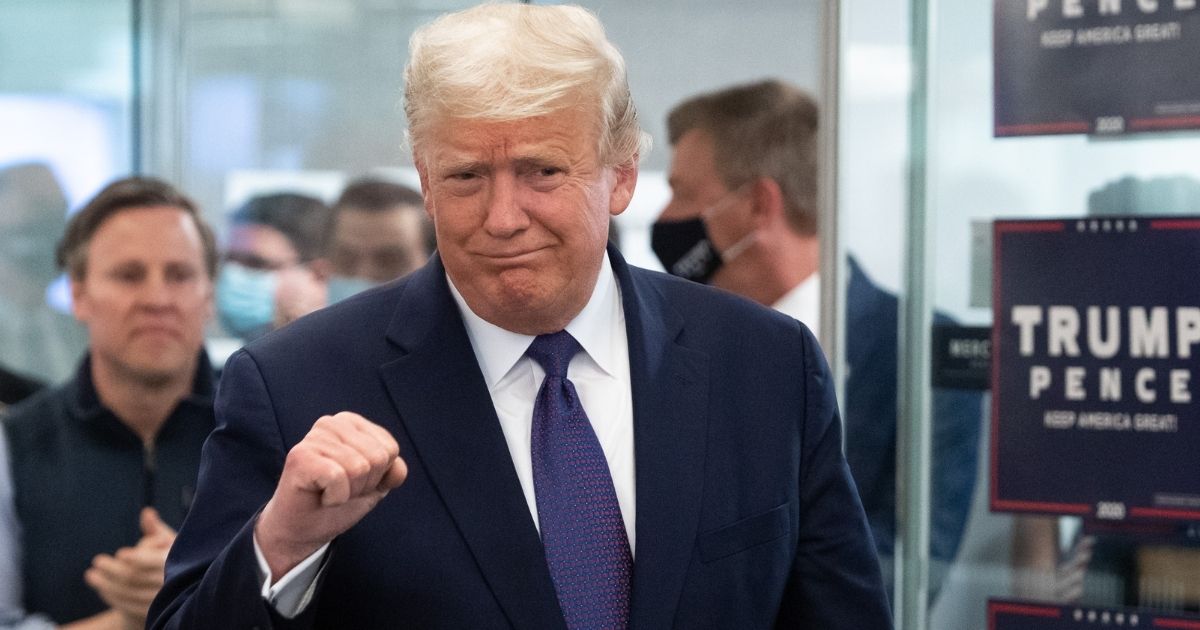 Thirty percent of Jewish voters cast their ballots for President Donald Trump, according to polling by The Associated Press.

The AP VoteCast surveyed 110,485 likely voters in the days leading up to the election and updated the figures to reflect the vote totals as of Wednesday at 10 a.m. ET. The survey then broke down the results by specific demographics such as education, religion, race and income.

While 68 percent of the Jewish voters interviewed voted for Democrat Joe Biden, 30 percent backed the president, the survey found.

Florida, where the president is projected to win 29 electoral votes, had 43 percent Jewish support for Trump, according to AP and New York Times polling.

The Republican Jewish Coalition touted the numbers, as 30 percent nationally is the best performance a Republican presidential candidate has had among Jewish voters since 1988.

Anyone trying to tell you Trump got a smaller % of the Jewish vote in ’20 than ’16, and that Dems didn’t see the largest erosion of Jewish support in history, are trying to convince you to trust one dubious, partisan poll, rather than independent exit polling from @AP & @FoxNews. pic.twitter.com/o7iT5MuZuR

“Being the best friend Israel has ever had in the White House clearly garnered increased support for President Trump in the Jewish community,” Coleman tweeted Wednesday.

Being the best friend Israel has ever had in the White House clearly garnered increased support for President Trump in the Jewish community. @RJC#Election2020 https://t.co/DMsucUnsBO

In May 2018, the Trump administration made the bold decision to move the U.S. Embassy in Israel from Tel Aviv to Jerusalem, meaning that the United States formally recognized Jerusalem as the Israeli capital.

Trump has also met with Israeli Prime Minister Benjamin Netanyahu several times while in office, strengthening the relationship between the two nations.

Thank you @realDonaldTrump for the friendship you have shown the state of Israel and me personally, for recognizing Jerusalem and the Golan, for standing up to Iran, for the historic peace accords and for bringing the American-Israeli alliance to unprecedented heights.

On the personal front, the president’s eldest daughter, Ivanka, and son-in-law Jared Kushner, both of whom serve as advisers in his administration, are Jewish.

In addition to the increase in Jewish support, Trump and Republicans in general made progress among minority groups across the board.

The president performed better among black and Latino men in comparison to 2016, and Republicans flipped several seats with minority and female candidates.

Although Biden is the presumed president-elect pending recounts and court challenges, Trump and his party are continuing to build a diverse coalition of Americans.