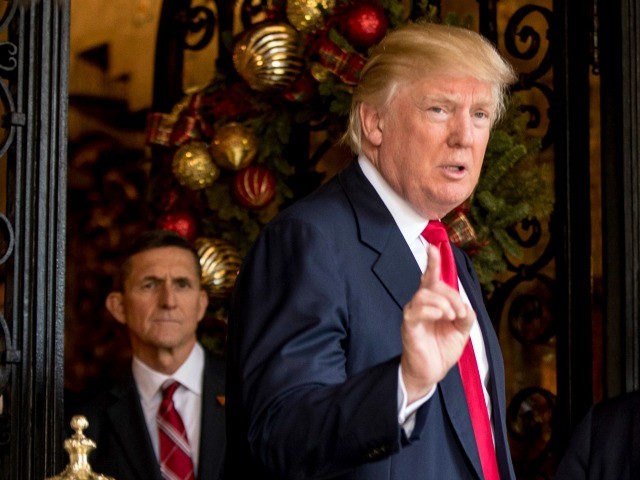 “President Trump was absolutely right to pardon General Michael Flynn,” Dershowitz stated on his podcast, The Dershow, Friday. “Not only was it in his power to grant compassion, but it was part of his obligation to check and balance excesses of other branches of the government.”

On Wednesday, President Trump pardoned Flynn, who pleaded guilty in December 2017 to making false statements to the FBI regarding his contacts with then-Russian ambassador, Sergey Kislyak, during the president’s transition period. The guilty plea was made as part of special counsel Robert Mueller’s investigation into now-debunked criminal collusion between the 2016 Trump campaign and the Russian government. Flynn later withdrew his plea, after it was revealed the Department of Justice had withheld exculpatory evidence in his case.

Flynn released a statement the following day thanking “every single patriot who circled me with their prayers, wisdom, and kindness.”

“Never again should any family or individual be so viciously targeted, maligned, smeared, and threatened such has been the experience of my family and I. Not you and your loved ones, not me nor President Trump, our First Lady, and the Trump children,” Flynn said. “Stand with me today in renouncing this betrayal of trust that has burdened our nation and proclaim with one united voice across this land that we will never again allow the rightful power of the citizens of this country to be uprooted, undercut, usurped, or held hostage by a coup against our nation, a duly elected President or any future president of these United States.”

The former White House official added: “Along our journey together, we have been blessed to have the trust and support of millions of Americans across our great country and around the world. These are our Digital Army of Patriots who inspired us to keep fighting, uncovered secrets we would otherwise have not known, and shared with us their thoughts, dreams, and wisdom throughout this ordeal.”

In December 2017, Dershowitz argued that Flynn’s guilty plea was a “show of weakness” for the Mueller probe.

“The last thing any prosecutor wants to do is to have to indict his primary witness for lying. Because if you indict your witness for lying, it really means he’s not useful as a witness, he has no credibility,” he told the Fox News Channel at the time. “I’m sure the prosecutor was trying to indict him for some scheme or conspiracy that involved other people in the White House, but there is nothing there, and he had to, finally come down and indict him for lying, which makes him a useless witness.”