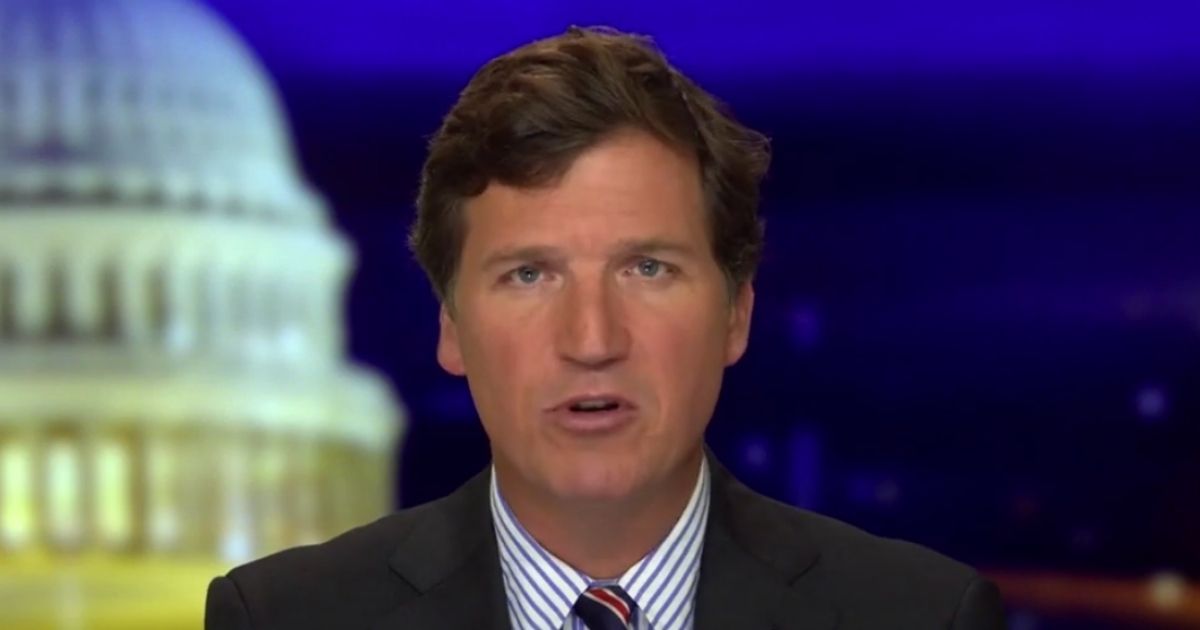 Even in the midst of the mess that is 2020, Tucker Carlson gave a warning that will frighten even the most jaded among us: Seeds sown today could mean Democratic New York Rep. Alexandria Ocasio-Cortez is elected president in 2024.

Carlson made the dire prediction at the end of his opening monologue on Friday’s “Tucker Carlson Tonight,” warning it was the logical end to what people in power are doing to the economy.

“2020 has been a tough one for a lot of Americans, but it’s been especially difficult for the experts who claim to analyze data for a living,” Carlson began. “A lot of those people — pollsters, public health experts — have been exposed as frauds.”

Instead, Carlson suggested that the rich are getting richer while the economy is careening toward inflation that will “crush you” and everyone but the wealthy elites.

Carlson went on to warn that Democrats will roll back President Donald Trump’s tax cuts through the Health and Economic Recovery Omnibus Emergency Solutions Act if they take back the Senate majority following the Georgia runoff elections in January.

“The HEROES Act would restore the full state and local tax deduction, reversing the 2017 law that capped it at $10,000,” Carlson warned. “According to the Brookings Institution, 96 percent of the benefits from this would go to the top quintile of earners, 57 percent would benefit the top 1 percent, and 25 percent would benefit the top 0.1 percent.”

Do you think AOC would win if she ran for president in 2024?

“In other words, it would benefit Democratic voters,” he said.

Another proposal that Carlson said “would disproportionately help the most privileged in America — i.e., Democratic voters” would be the elimination of student debt, which Senate Minority Leader Chuck Schumer has already advanced as a possibility.

In a clip Carlson played of the New York Democrat, Schumer suggested that presumptive president-elect Joe Biden could unilaterally wipe away student loan debt with the “flick of a pen.”

Carlson instead proposed that the institutions of higher learning that collected the tuition could chip in, or even companies like Amazon, Google, Walmart and others that benefited from COVID-19 lockdowns could be assessed.

“There’s no reason ordinary taxpayers should be on the hook for their spending,” Carlson said of those who took out the student loans.

RELATED: Expert Reveals Why China Is ‘Licking Their Chops’ at the Thought of a President Biden

“Here’s the bottom line: The rich are getting richer, everyone else is getting poorer,” he continued. “That’s not a talking point. It’s true and measurable.”

Carlson warned how society would be swallowed by hatred and envy, and ultimately reject capitalism.

“There are already an awful lot of socialists around these days. Have you noticed that? Why is that? Well, it’s because the people in charge of our economy are discrediting our system,” Carlson said.

“They are giving capitalism a bad name because what they’re participating in is not a … free, open market economy. It’s a closed game, run for their benefit and their benefit alone,” he said.

“Long-term, this is a disaster for all of us and not even so far in the future,” Carlson predicted.

“In four years for example, Sandy Cortez will be eligible to run for president,” he said, calling her by the nickname she used while at her affluent Westchester County, New York high school.

“Now, you may laugh at Sandy Cortez, and you should,” Carlson said.

“She’s a vacuous idiot, another rich-girl narcissist with an overheated Twitter account. But that doesn’t mean she couldn’t win.”

“If we keep up with this economic craziness,” he warned, “she could win.”

Carlson is correct that the elites in government and business alike enjoy a symbiotic relationship that is anything but a free market economy and that Democrats are latching onto this to move the country further left.

When regular Americans see this — especially young voters who don’t know the difference between the free market and crony capitalism — they become disillusioned.

As people on the lower rungs of the economy continue to lose their businesses and suffer economically while watching billionaires benefit, they may begin to buy into the radicalism of AOC and the Democratic party as the solution, completely unaware of the party’s role in creating it.

What conservative leaders don’t know or are just too afraid to face is that America is on the brink of a seismic shift in the way Americans view socialism if they don’t change course.

Approximately 81 million people voted for Biden, who spent the campaign either in his basement or bumbling through his generic talking points while the radical left consumed more and more of the Democratic party.

In record numbers, they rejected the prosperity, security and freedom offered by Trump’s administration in favor of what Biden and the Democrats were selling.

Can Republicans be sure the same won’t happen if AOC runs in 2024? Maybe it’s time they listen to Tucker Carlson.