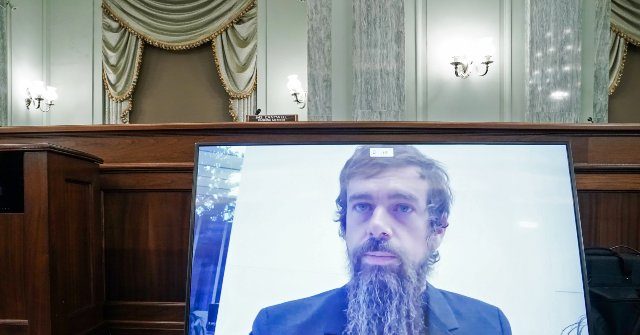 Twitter has actively censored six of President Donald Trump’s posts over the 24 hours between Thursday midmorning and Friday. Twitter’s censorship can lower the engagement of a Trump tweet by more than 80 percent, according to one recent analysis of their performance.

Over the past 24 hours, social media platform Twitter has censored six of the President’s latest posts, and will likely censor more as the President raises doubts over voter fraud. Just yesterday Breitbart News reported that of President Trump’s 22 posts on Facebook and Twitter, 11 were censored by the Silicon Valley Masters of the Universe. Now, Jack Dorsey’s company has censored a further six tweets by the President, dramatically lowering their engagement.

Twitter hid posts on the President’s timeline and warned users that “some or all of the content shared in this Tweet is disputed and might be misleading about an election or other civic process,” and restricted users’ ability to like or retweet the posts.

Underneath some of President Trump’s Facebook posts, the social media company warned users that “final votes may different from the initial vote counts” or “elections officials follow strict rules when it comes to ballot counting, handling and reporting,” but users were still able to reply to and share the posts.

Over the course of the past day, the following tweets from the President have been censored:

I easily WIN the Presidency of the United States with LEGAL VOTES CAST. The OBSERVERS were not allowed, in any way, shape, or form, to do their job and therefore, votes accepted during this period must be determined to be ILLEGAL VOTES. U.S. Supreme Court should decide!

According to a New York Times’ report relating to Twitter’s censorship of the President on the election night, “Before Mr. Trump’s tweet was labeled, it was shared or replied to about 827 times a minute. After it was labeled, that dropped to 151 times a minute, according to the E.I.P. analysis.”
Read More at Breitbart News here.