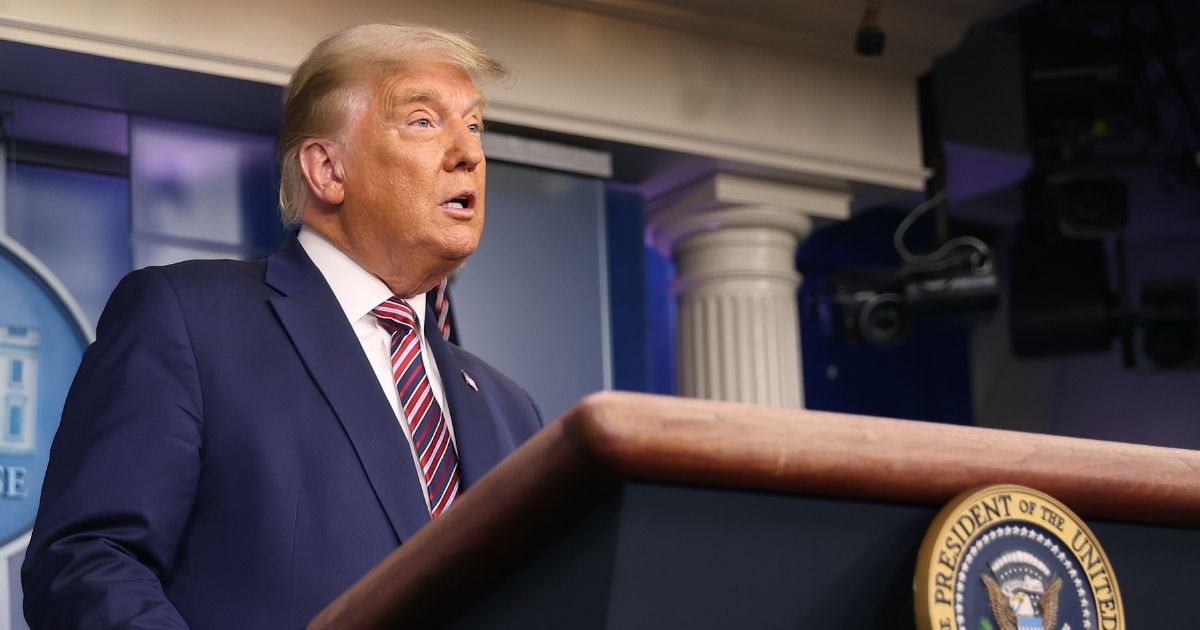 Twitter has censored six of President Donald Trump’s tweets in the 24 hours between Thursday and Friday morning.

The big tech giant censored six of the president’s latest posts about voter fraud and is likely to censor even more in the coming day as votes continue to be counted in battleground states, Breitbart reported.

The censorship message above his tweets reads, “Some or all of the content shared in this Tweet is disputed and might be misleading about an election or other civic process.”

I easily WIN the Presidency of the United States with LEGAL VOTES CAST. The OBSERVERS were not allowed, in any way, shape, or form, to do their job and therefore, votes accepted during this period must be determined to be ILLEGAL VOTES. U.S. Supreme Court should decide!

The posts were also hidden from view on the president’s timeline and Twitter users were restricted from liking or retweeting the posts.

The censorship limited the tweets’ overall spread, according to an analysis by the Election Integrity Partnership, a coalition of misinformation researchers.

Before Trump’s tweet was labeled, it was shared about 55k times. After the label, shares dropped, according to the analysis.

“As a result, despite effective action within an hour by Twitter, much of the damage was likely already done,” Election Integrity Partnership tweeted.

The group called for increased and faster censorship to curb misinformation, but they are not the only ones.

Lisa Kaplan, the founder of Aletha Group, told The New York Times that Twitter could use its ability to effectively fight misinformation by applying it faster.

“Those decisions need to be made a lot more quickly; they should be split-second decisions,” she said.

Facebook and Twitter censored 11 of 22 posts from Trump since they were flagged on Election Day, Forbes reported.

The labels on Facebook underneath the president’s posts read, “final votes may be different from the initial vote counts” or “elections officials follow strict rules when it comes to ballot counting, handling and reporting.”

Do you think Twitter should be using its power in this way?

Twitter has also labeled tweets from Trump aides and Democratic Party operatives for prematurely declaring victory in states before an official source called the race.

AOC Won’t Want the Country to See This Powerful Video of...